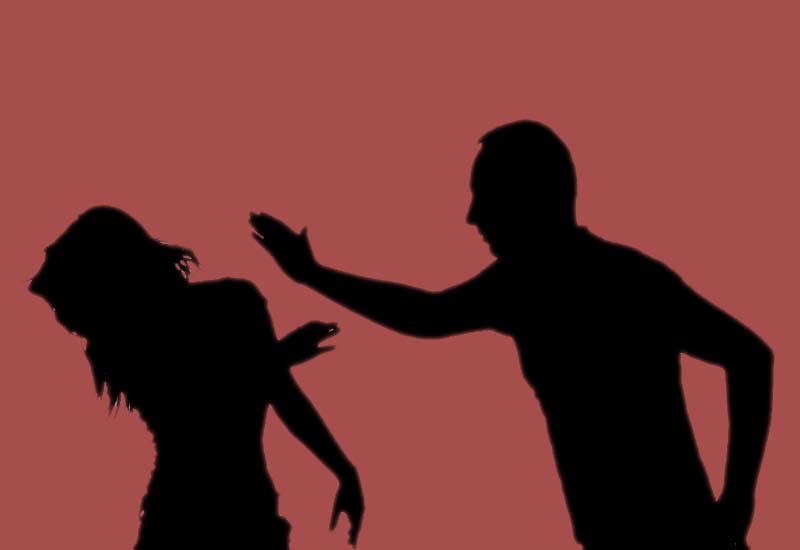 Domestic abuse, also called “domestic violence” or “intimate partner violence”, can be defined as a pattern of behavior in any relationship that is used to gain or maintain power and control over an intimate partner. This abuse can be physical, sexual, emotional, economic, or psychological actions or threats of actions that influence another person. This includes any behavior that frightens, intimidates, terrorizes, manipulates, hurts, humiliates, blames, injures, or wounds someone.

Domestic Abuse in Bangladesh When we examine our society in Bangladesh, we find most of the cases of family violence have women as the victims, as men are generally the ones that dominate the family, in our society. In our culture, we often see the men as the dead of the families, and the women, on the contrary, are engaged in bringing up the children and doing household chores, as if we compare city life and rural villages, 90% of women are either housewives or homemakers.

In urban areas, women sacrifice their careers for the sake of their children or elderly family members, as they have to do household duties and also nurse their in-laws. According to the ILO report of 2017, female employment in Bangladesh has seen a 35% increase, which has reached 18.1 million from 2008 to 2017. If we look at the ratio back in 1990, the number of female employees was below 5 million, which is definitely very alarming, nevertheless.

Nowadays, women have become educated and are also becoming financially solvent, having started to fight for their own rights, as if we look back a couple of generations back in our country, the ladies then used to live in the house and work all day, as they used to have a severe number of children, living in a joint family and being completely unaware of their needs, having to cope with all the household chores.

A Generation-Long Concept Reflecting the Present

They even had meals for the three courses a day, washcloths, and were even deprived of a comfortable place to seep. Most of them were even physically abused by their husbands and in-laws over petty issues, which they would have contemplated for the sake of love and power. In addition to that, their elders used to console them by saying that if they’re being physically abused, then it’s a sign of love and care from the elders.

The family members also used to find faults in her in every deed, trying to make them believe, that they are imperfect to their men, while the elders glorify the anger and dominance of the men over their wives, as soft-spoken, humble, and generous men are considered to have feminine attributes in our society, while males are often defined by a rough mentality and rude behaviour, which is a complete farce.

This particular mindset in our society has become quite contagious, as it has been continuing throughout the generations, and nothing, in particular, has changed, as the stereotypical psychology of our society continuously reflects on the parents of a married woman, telling her to adjust as best she can when she comes to her parents after domestic abuse and tells them about the crisis she is facing or has faced with her in-laws after her marriage.

If the woman is not financially solvent or the parents are not stable, she is usually pushed to go back to the in-law’s house and is told to adjust. Thus, the chain of domestic violence continues from generation to generation, as such an alarming offence like marital rape is sometimes taken very lightly by the masses, as our religious and social values usually bind us to believe that a husband can never rape his wife. He is her husband after all, right?

In our society, mostly in the rural areas, a large number of people are particularly unaware about healthy sex life, as most of them are driven solely on social taboos, which isn’t adequate enough as sex education, as a result, a huge number of our teenagers becomes addicted to pornography and the outcome is often proving to be quite horrible.

At fourteen years old, a girl (Nurnahar) from Tangail was reported to have died from excessive bleeding from her genitals within about a month of her marriage, as her husband (34), reportedly continued sexual intercourse with her for a long period, and at a certain time, she physically was unable to take it. However, the husband forced her to continue, which ultimately resulted in heavy bleeding, and the girl passed away within a couple of days. Nurnahar is just an example. For the thousands of girls out there who need to be protected from marital rape, the existing law in this regard is quite useless, as human rights activists believe, the societal norm is too rigid to accept, that a man can force sex with his wife without her consent, as marriage in our society is often interpreted as a legal agreement for a male to have sexual intercourse with his partner, however, he pleases to.

Dowry is another issue

Dowry and social status is another main form of family violence, as every year in our country, a lot of girls are reported as victims of dowries, as they are reportedly tortured, both physically, and mentally, by their in-laws, for the demand of dowries, from the parents of the women, as for an example, in 2016, Sadia (27), an acid survivor showcased her married life, which had involved her husband, an alcoholic rickshaw puller, who physically and mentally pushed her to the boundary, on regard of taking cash as a dowry from her father.

In his eyes, she was locked up with her own child, and when she fled to her parents to get rid of this horrid torture, her husband did the worst to her. In one evening, when he called her from the street and was accompanied by two other men, he poured the acidic liquid all over her face, burning it completely and causing her immense pain, which, in her husband’s eyes, was a “punishment” for not paying the dowry on time. Thus the mindset that puts our social atmosphere in a sort of awkward guilt, learning about the outcome of the horrific incident that happened to Sadia.

Nurjahan, (24) working as a house helper, also disclosed an incident in her life. Her husband, a peddler by profession, had an addiction to illegal drugs and was in constant physical attachment to other women. He used to beat her on a regular basis for his constant need for money. From his wife, Nurjahan, as he used to skip his duty, was dependent solely on his wife’s income.

When asked about leaving him, as she is an earning woman and can definitely raise her child as a single parent, Nurjahan shockingly denied the whole plan, as she believed living with her husband doesn’t fulfil the safety issues for her wellbeing, and she whole-heartedly uttered that she is totally okay with a husband physically abusing his wife, as long as he comes back to her every night, and loves her back, which shows how dangerously unawareness can hurt the backbone of a particular society, if not treated for a long time.

Domestic Violence even leads up to Murders

In April 2019, a man live-streamed himself on Facebook while he slashed the throat of his wife to death with a sharp machete. The reason for it was that she wanted a divorce from her husband and was constantly afraid of her husband’s anger and possessiveness. What is more shocking, is that the husband committed the horrific deed right in front of his three-year-old child, and proudly showed it to the whole world, by streaming it live on Facebook.

The wife wanted none of the domestic abuse she was receiving from her husband, as to him, her not wanting to take the abuse seemed like such a big crime, that he had to ‘punish’ her by murdering her. To the husband, the wife’s wanting a divorce from him was a lesser issue, as he had to proudly show everyone exactly how he punished her.

What is the Solution?

There are a thousand more examples of domestic abuse and violence in our country, as our society still believes, that domestic violence is quite a petty issue, and it’s such an issue, which should be dealt in the indoors, by both parties, however, the outcome of this sacrifices the lives of many women in our country every year.

There are a lot of cases of an attempt to suicide of several girls and married women, as there are even some cases of the victim being traumatized permanently, as there isn’t a cause of action, for such cases, and the situation won’t change as long as the society doesn’t change, and the people don’t aware themselves about such issues of domestic violence, as not only in the rural areas of our country, but also in the urban, and in the mindsets of vastly educated individuals, domestic violence is still such a small issue, and as long as it stays the same in size, things won’t change at all.