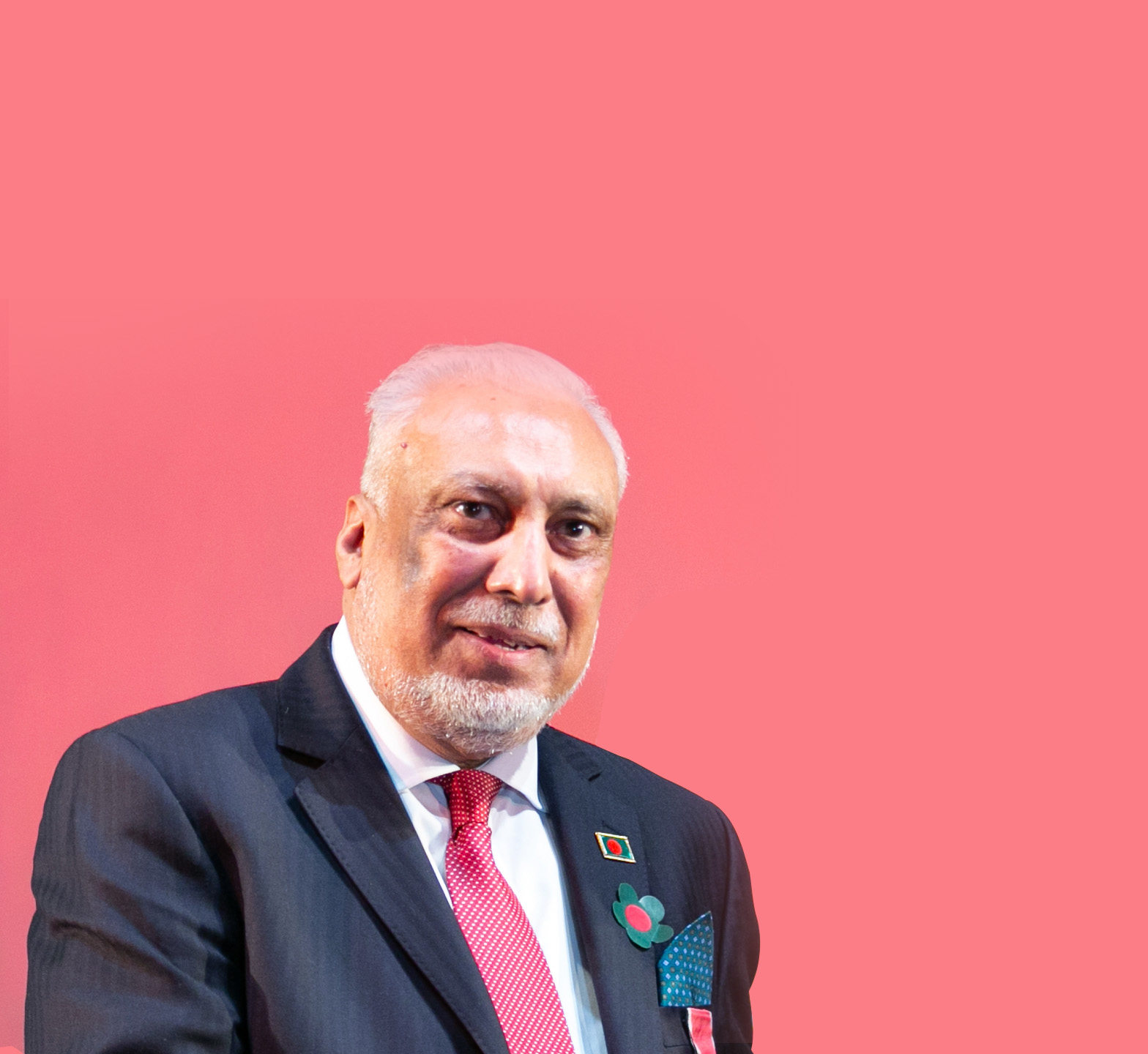 Cinebuzz Times: Tell me about yourself and your family.

Mahmud Hasan: I was born in a respectable Muslim family on 6th August, 1952 in a village named Boraikandi in Sylhet district, Bangladesh. I was graduated from Bangladesh and participated in the war of liberation of Bangladesh in 1971. I got involved in student politics during 1968-69 and became a member of the then Students’ League. I therefore played an active role as a young political activist during the mass uprisings in 1969 against the totalitarian regime of Ayub Khan in undivided Pakistan. Immediately after the independence, I started working with International/Bangladesh Red Cross Society towards the rehabilitation programme in the war torn areas across the newly born country. I have been living in the UK since 1979-  happily married with two sons.

Cinebuzz Times: Tell me about where you grew up and your family life. (parents, brothers and sisters)

Mahmud Hasan: I grew up in Sylhet. My father was a retired army officer. Later on, he started running his own export-import business and became a successful businessman.

Cinebuzz Times:  Where did you go to school?

Cinebuzz Times: What is your home district and village in Bangladesh?

Cinebuzz Times: Tell me about your professional career?

Mahmud Hasan: I am the the Chief Executive of APASEN, a leading social care organisation in the UK working for people with special needs since 1984. I am also leading APASEN International, a global charity, with the aim to raise awareness and educate people with autism and multiple disabilities. Before joining Apasen, I was working for Waltham Forest council.

I have been contributing as Director as well as Governor in various Voluntary Sector Organisations including Camden Community Law Centre, Voluntary Action Camden, St Michael School, Governor, Kingsway College Corporation, Camden Police Consultative Committee and Paddington Church’s Housing Association. I am also the founder and current Chairman of the Consortium of Bengali Associations (CBA). I  was one of the Civic Ambassadors to the London 2012 Olympic Forum. My profile has been recorded in the Asian “Who’s Who” International and in many other publications.

Cinebuzz Times: Tell me about a challenge you faced and how you dealt with it.

Mahmud Hasan: The most challenging time was 1971 war of independence in Bangladesh. The only target was to liberate the country. As the war was inevitable, being a young conscious individual I had to transform myself and take a huge risk to fight the enemy. During the war, our houses were burnt and destroyed by the occupational forces. As life goes on, I along with my family members rebuilt everything which was quite challenging.

In 1979, when I arrived in the UK the environment was not very immigrant friendly as it is today. I had to cope with hostile environment and therefore dealt with it. My priority was to mobilse the community and campaigned for social cohesion. I helped people to be independent and made them aware of their rights. Thus I think I have contributed towards strengthing the community.

Despite experiencing multiple challenges, I got involved as a volunteer for Bengali Worklers Action Group to acquire its own premises from Camden Council in 1982 which was named as Surma Centre referring a prominent river in Sylhet, Bangladesh. During 1984, I was an active community worker and became a part of the famous occupation movementthrough which 110 Bangladeshi families were rehousedby Camden Council, popularly known as ‘Occupation-84’.

Cinebuzz Times: How did your parents influence you?

Mahmud Hasan: My parents always wanted me to be independent and extended their unconditional supports to be a good human being. They gave me freedom and kept trust on me. Both of them inspired me to do something meaningful in life.

They also helped me get admitted into the best government schools and colleges.

Cinebuzz Times: Who have been your strongest influences in life?

Mahmud Hasan: As I mentioned, both my parents have been my greatest influences in life but my father played a vital role in shaping my mind with progressive thoughts and ideas.

Cinebuzz Times: Tell me about your success?

Mahmud Hasan: I came to the UK in 1979 and got myself engaged with various community works. I believe my success has always been derived by my greatest passion in volunteerism from back home to the UK.

Over the last 4 decades or more, I have been working tirelessly to raise community issues to policy making level, especially developing policies in the voluntary sector and networking with various statutory and voluntary organisations. I was elected as BAME representative to Inner London Education Authority (ILEA) to address the issues relating to education in 1984. After abolishing the ILEA, I got elected as the Chair of BAME Education Committee in Camden. I also served as the elected Chair of BWAG in 1990, member of Camden Police Consultative Committee. By holding this position, I took a number of initiatives that made a huge impact on the local communities in Camden. In 1991, I took the lead to organise an education conference at the Surma Centre that focused on underachieving BAME children and their educational attainment in Camden area. I also served as the Secretary of Bengali Cultural Association in Somers Town.

I became the elected chair of Camden Racial Equality Council in 1993 and served on the board of directors of Camden Law Centre, Paddington Churches Housing Association and many other organisations. At that time, I initiated a number of programmes including: racial harassment monitoring, housing advice, health and advocacy service, youth service provision, senior citizen club, immigration advice service etc. To support the underachieving children with Bangladeshi origin, I took the initiative to secure funding from home office and other sources to start a homework club and career guidance service. These initiatives were crucial towards the advancement of Bangladeshi children in terms of their academic enhancement.

Cinebuzz Times:  What led you to your career?

Mahmud Hasan: I have always been keen to play a key role in bringing positive changes to the wider society. Whilst settling with my own crisis as an immigrant, I witnessed my fellow community members’ struggle with their housing, education and healthcare issues. The miseries of the under represented people of our community touched my heart. I then decided to dedicate my time and expertise for the betterment of people in need through voluntary and charity works.

Cinebuzz Times: How would friends and acquaintances describe you?

Mahmud Hasan: Friendly, supportive and a man of principle who loves to do things differently.

Cinebuzz Times: What are you most proud of accomplishing?

Mahmud Hasan: I was born and grew up in Bangladesh- joined the Bangladesh war of independence in 1971 at my young age. It gives me enormous pride that I was able to be a part of our glories liberation movement. Immediately after the independence, I started working with International/Bangladesh Red Cross Society towards the rehabilitation programme in the war-torn areas across the newly born country.

My aspiration is to bring positive changes to the wider community in the UK. In 1999, I was honoured with an MBE by Her Majesty the Queen Elizabeth II for my extensive community relations.

Cinebuzz Times: What would you do differently if you had a chance?

Mahmud Hasan: Being an immigrant, it took me a while to create my own space in order to serve my community. If I had a chance I would do more and more for people in need to break the barrier and to eradicate the elements of racism in our society.

Cinebuzz Times: Share with me something about yourself that you want to improve

People make mistakes, so do I. But I have always been passionate and dedicated towards the work I undertook. Throughout my career, I learnt from mistakes and tried not to do the same mistake again. In order to continue serving my community, I want to do more to create examples.

Cinebuzz Times: Describe a scene of your vision for the future.

Mahmud Hasan: Being an expatriate, I always wanted to get connected with my roots. Through Apasen International, I hope to create a sustainable platform for most deprived grassroot people who are not included in the mainstream society.

Cinebuzz Times: Would you like to add anything which not covered?

Mahmud Hasan: I consider myself as a positive human being and want to work ardently to combat social injustice and inequality in order to ensure fairness.