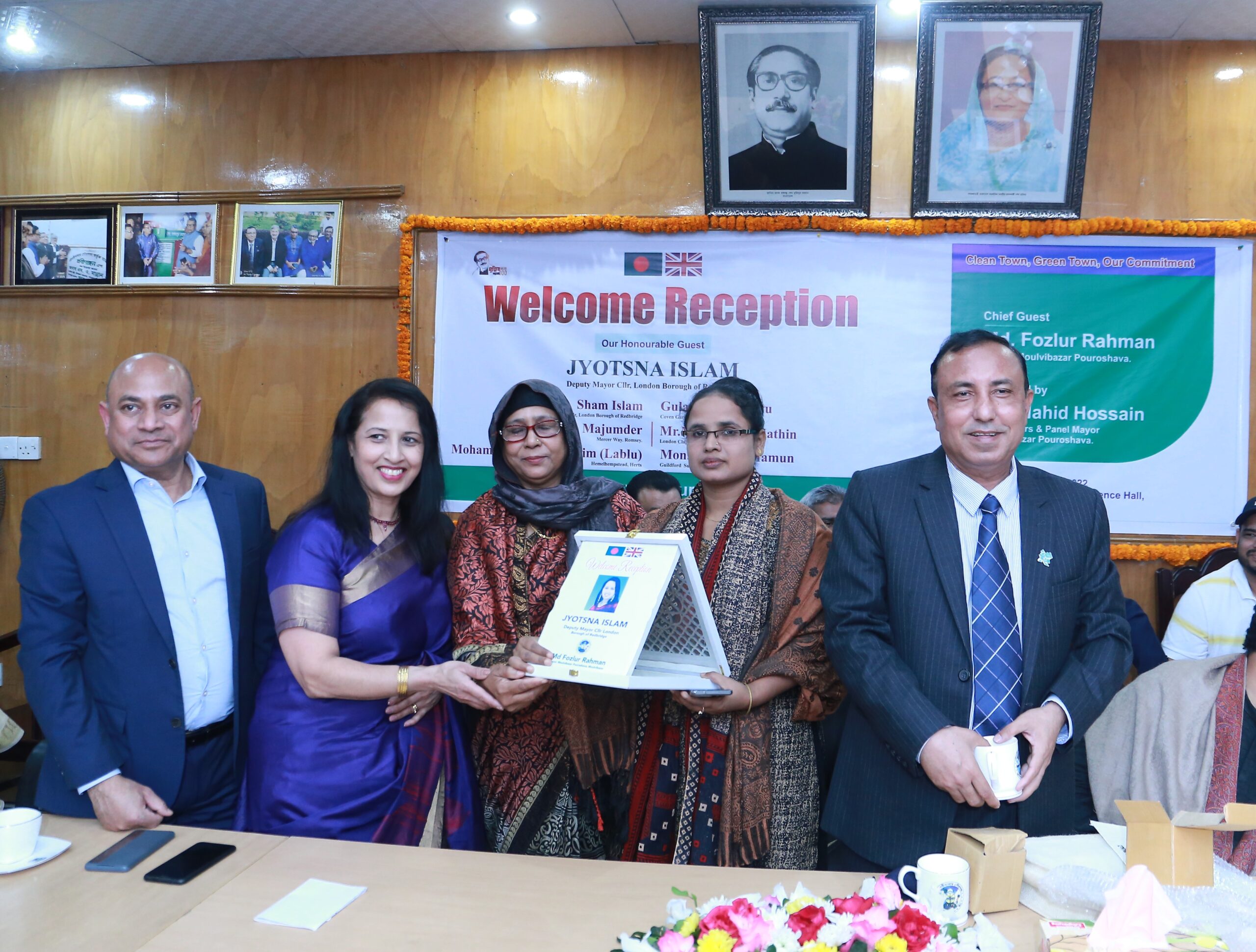 Moulvibazar Girl Back in Town. Moulvibazar city cooperation hosted a reception evening for Deputy Mayor of the London Borough of Redbridge councillor Jyotsna Islam and her husband, councillor Sham Islam, on 24th February, at 7:00 PM in the Mayor’s chamber.

Along with Moulvibazar Mayor Fozlur Rahman, a room was crammed with senior community leaders, activists, journalists, and Jyotsna Islam’s high school and university classmates. Before receiving the crest, both guests were greeted with flowers.

Everyone has given a brief speech about her family, particularly her father, Abdur Rahman, also known as Monaf Miah, a well-known business entrepreneur who assisted numerous people in various ways. Over two dozen individuals speak of his generosity and kindness despite his death.

Her classmates reminisced about their time with Jyotsna Islam and reconnected her with several classmates she hadn’t seen since 1986. It’s an incredible experience to see them again after such a long time. I’m overcome with emotion and joy, and their kind words have reached deep into my heart and soul. Jyotsna Islam expressed her gratitude to Mayor Foyzur Rahman and his staff for organizing the event and reconnecting her with former classmates.