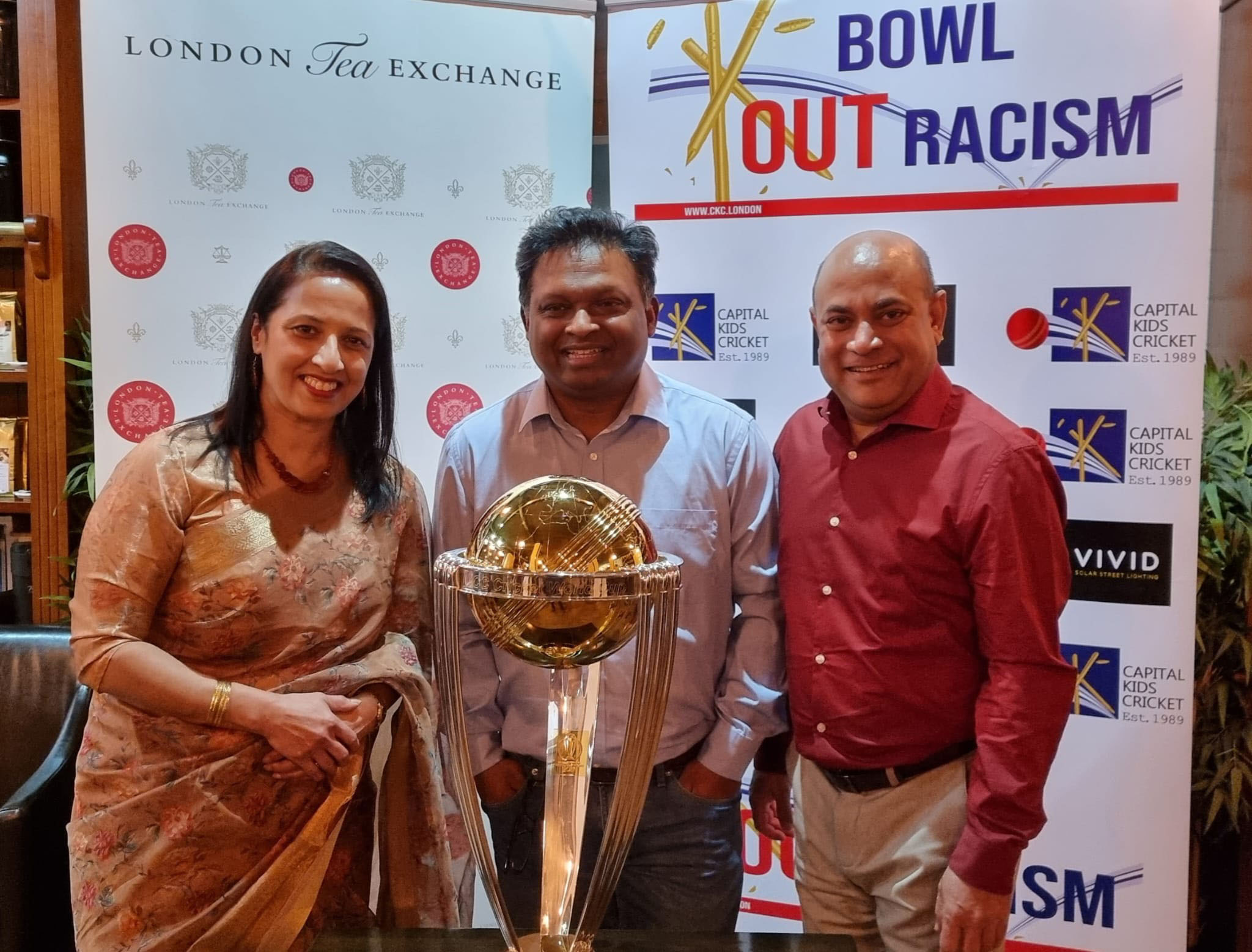 Led by Capital Kids Cricket, the Bowl Out Racism campaign was launched today (28th January 2022) at the MCC Academy, Lord’s. The men’s ICC World Cup Trophy was displayed to promote the campaign as part of the launch.

Working with partners, including the ECB, the Mayor of London’s Office, MCC, County Cricket Clubs, and others within and beyond the cricket family, the campaign will focus on education and raising awareness from the grassroots level to the professional arena. Bowl Out Racism will clarify that there is no place for racism and discrimination in our game and society.

Today’s launch is focused on coming together and working with key partners to drive a collective enjoyment and respect for all to celebrate playing the game by Bowling out Racism.

During the launch, 50 children from four London state schools (Old Ford Primary, Little Ealing Primary, Gateway Primary, and London Enterprise Academy) took part in cricket activities with representatives from the ECB, the Mayor of London’s office, London Assembly, County Cricket Boards, the MCC Foundation, and the ACE Programme. Thank you to Vivid Solar Lighting for supporting the Bowl Out Racism campaign and our World Cup Tour.

Shahidul Alam, CEO of Capital Kids Cricket, said. Since the beginning of our journey in 1989, Capital Kids Cricket has always been a diverse cricket organisation, working with most children and young people across London. The ICC CWC2019 Trophy is here to symbolise unity and inspire positive energy. We will work together through education and awareness to root out racism and discrimination.

Tom Harrison, Chief Executive Officer of the England and Wales Cricket Board, said: “We are committed to driving discrimination out of our sport.” We welcome the Bowl Out Racism campaign launched by Capital Kids Cricket, which will engage young people with cricket in schools across London.

“Education has a vital role to play in making cricket the inclusive, welcoming sport we want it to be, and by working together across the whole game, I am confident we can achieve real and lasting change.”

A local London initiative, Haydn Turner, said: “A local London initiative had to go national.” Unmesh Desai, a Member of the London Assembly, said: “I am delighted to be at the Lords to support the launch of Bowl Out Racism at the home of cricket and support the work of Capital Kids Cricket. I am pleased to see that the ECB and the London cricket boards support the launch. Education is the key to combating hate and discrimination. I hope today’s initiative will do this and that the start of the cricket season features “Bowl Out Racism” messages at every cricket ground! From the London Assembly, I will do everything to support Bowl Out Racism!