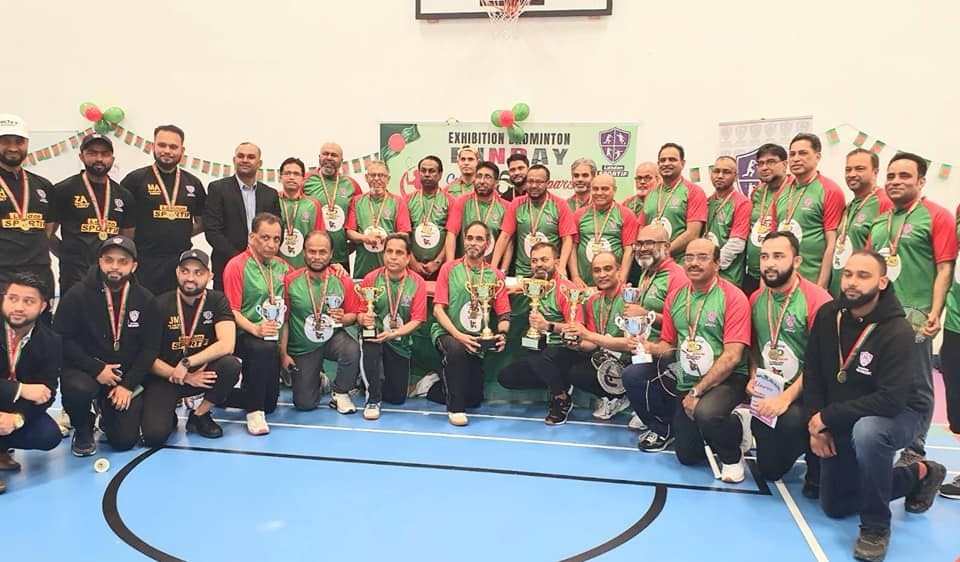 The golden jubilee of Bangladesh’s independence has been celebrated at various events at home and abroad. For example, London Sportif, a group of young Bangladeshis living in the UK, has held a badminton tournament for people over 50. This is a very special event.

The event was held at the London Enterprise Academy Sports Hall on Commercial Road in East London on Wednesday, 23 March. The ‘Exhibition Badminton Fun Day’ was organised with the participation of community members who have crossed the 50th anniversary of their golden jubilee. The event was full of joy, excitement, and excitement.

A total of 20 players in 10 pairs took part in the competition. The hall is decorated with the national flag of Bangladesh. The competition was organised by Zakir Khan, Director of Community Affairs at Canary Wharf Group. The ceremony began with his presentation. Then, the president of Sportif, Ibrahim Khalil, spoke on the occasion.

The runners-up in this group are community personalities Masood Bakth Nazmul and Dr. Roab Uddin. In addition, former Secretary-General of Greater Sylhet Council Mirza Ashab Beg and former Councilor Abdul Shukur are runners-up in Group B.

Senior Reporter Mushtaq Ali Babul, London Sportif Secretary Muhibul Alam, Treasurer Muhammad Atiqur Rahman and Board of Directors Muhi Mikdad were all in charge of the whole thing, as well as ATN Bangladesh.