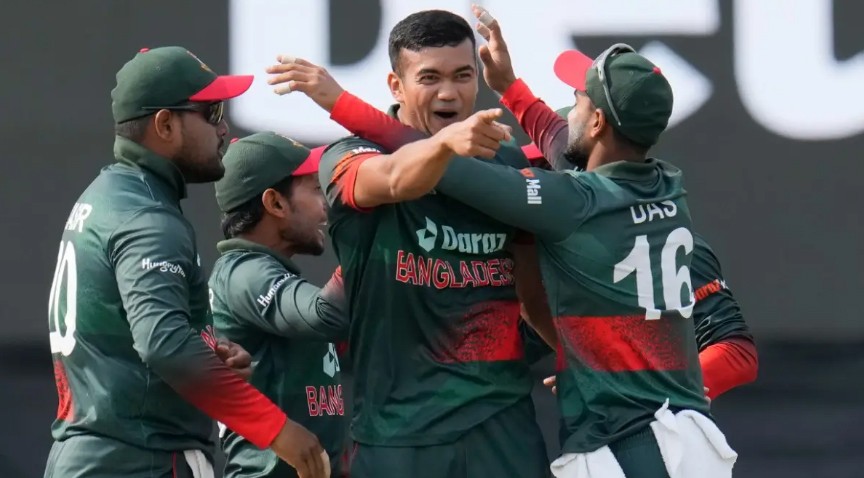 The Bangladesh cricket team made a new history in South Africa on March 23. The Tigers won the series for the first time on South African soil, losing to the Proteas by nine wickets in the third and final ODI. Bangladesh reached the target of 155 runs given by South Africa in Centurion with 141 balls in hand. Captain Tamim Iqbal led the team from the front. In the opening match, Liton Das scored 127 runs. Liton returned with 47 off 57 balls, but Tamim remained steadfast. After winning the match and series with Shakib Al Hasan, he left the field. Tamim remained unbeaten on seven off 72 balls. Shakib remained unbeaten on 16 runs.

Earlier, South Africa was bowled out for 154 in 36.5 overs after winning the toss. Bangladesh fast bowler Taskin Ahmed took five wickets for 35 runs in 9 overs. Taskin started with Kyle Verine. He then sent Janeman Malan, Pretorius, David Miller and Kagiso Rabada to the bathroom. Next, Shakib Al Hasan took two wickets, and Shariful Islam and Mehedi Hasan Miraj got one wicket each. For the Proteas, opener Janeman Malan, 39, was the only batsman to score a run. In the end, Keshab Maharaj scored 26 runs.

Dwayne Pretorius scored 20 and David Miller 18 runs. Only two runs came from the bat of captain Temba Bavumar. Bangladesh has a history of winning the series against South Africa before. The Tigers won the ODI series in 2015 by defeating the Proteas on Bangladesh soil. However, this is Bangladesh’s first series win on South African soil. Man of the Match and Man of the Series is Taskin Ahmed.