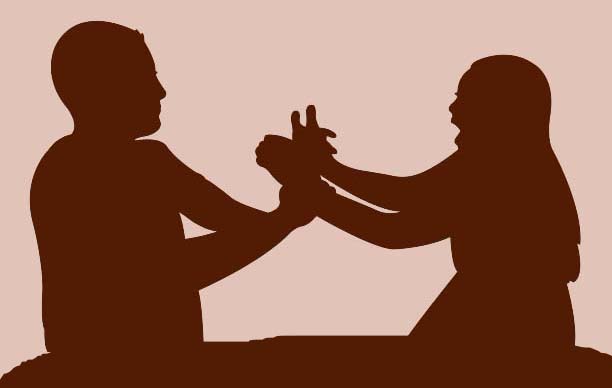 Women participate in all aspects of society, yet some issues have a greater impact on women. Let’s look at some of the biggest concerns that modern women confront, from the strength of the female vote to reproductive rights and wage disparities.

Bangladeshi women have long fought for equality in the home, community, and state. However, women continue to face discrimination, marginalisation, and unfairness in society and the application of the law, and they have little say in decision-making processes. Discriminatory laws and regulations make legal equality difficult, while socio-political situations make it difficult for women to exercise their rights. Girls are sometimes seen as a burden, particularly in poor homes where girls are in danger of early marriage and where the practice of dowries, while banned, is nevertheless prevalent and onerous. Women are often the last to eat at mealtimes, and 30% of women are chronically malnourished. Women are also socially vulnerable as a result of violence against them, and they are unable to participate in society fully.

However, in recent decades, women’s chances and civic engagement in Bangladesh have altered dramatically. For example, in elementary and secondary levels, significant progress has been made in closing the gender gap in school enrollments; girls now outnumber boys. Many women currently serve on local government councils with significant rural and urban development responsibilities. The garment industry’s fast expansion has created many formal sector jobs for women, who make up more than 90% of the workforce. Over the last decade, this has played a crucial role in Bangladesh’s annual GDP growth rate of more than 5%.

Women and girls are being abused;

Before the pandemic, it was estimated that one out of every three women would face violence at some point in her life. Violence is anticipated to escalate when economic and social stress levels rise, and movement is restricted by lockdown and stay-at-home orders. As a result, domestic violence survivors may feel stuck at home, with restricted access to support services, healthcare, and legal systems. Women are also more vulnerable to assault in public when traversing vacant public areas and modes of transportation.

For decades, women have struggled to break through the “glass ceiling,” a common expression. It relates to gender equality, mainly in the workplace, making significant progress throughout time. Women are increasingly running enterprises, including some of the world’s largest organisations, and holding senior management positions.

However, many women also work in typically male-dominated fields. Despite all of the progress that has been made, sexism still exists. It may be less evident than it formerly was, but it can be found in many aspects of society, from education to the workplace to the media and politics.

There is one major distinction between men and women: women are capable of giving birth. This leads to one of the most serious women’s concerns.

Birth control and abortion are at the centre of the reproductive rights issue. Today, the abortion question is the most contentious, with pro-life proponents pitted against pro-choice supporters. In addition, the news cycle picks up with each new president and Supreme Court candidate or case. It is, without a doubt, one of the most contentious issues in the United States. Yet, it’s also vital to keep in mind that this is one of the most difficult decisions any woman will make.

Domestic violence is another major source of concern for women. However, it also affects males. Every year, 1.3 million women and 835,000 men are physically attacked by their relationships, according to estimates. Even teen romantic violence is more common than many people realise.

Abuse and violence also don’t come in a single package. This is a developing epidemic, ranging from emotional and psychological abuse to sexual and physical violence.

Anyone can be a victim of domestic abuse, but the essential thing is to get help. Unfortunately, there are numerous misconceptions about this subject, and one incident can start a pattern of abuse.

Female genital mutilation has become a global issue that many people are concerned about. The practice of cutting a woman’s genital organs is considered a violation of human rights by the United Nations, and it is becoming a hot issue of discussion.

The practice may be found in a variety of civilisations throughout the world. It is a religiously based ritual aimed at preparing a young woman (typically under 15) for marriage. However, it can have a significant emotional and physical impact.

Pay disparity between men and women.

Women are at the forefront of the COVID-19 response around the world, as they account for the majority of health and social care workers, particularly nurses, midwives, and community health workers, as well as the majority of service staff in health facilities, such as cleaners, launderers, and caterers.

Despite this, there remains a 28 percent wage difference between men and women in the healthcare industry.

When profession and working hours are considered, the salary discrepancy between men and women is 11%.

Even though the health industry performs well in women’s involvement, there is still discrimination against women regarding remuneration. As a result, women’s full-time employment and leadership roles are lacking.

According to the Human Development Index 2011, women make up 58.7% of the workforce, while males make up 82.5 percent. Female involvement is similarly concentrated in lower-level jobs, with pay around half that of men.

Despite the fact that gender parity in primary and secondary education enrolment has been attained, females have greater dropout rates than boys.

The maternal mortality rate remains high – 194 per 100,000 live births – and only 24% of newborns are attended by trained medical workers. In Bangladesh, 30% of adult women are malnourished (Gender Assessment USAID/Bangladesh, April 2010).

Bangladesh has the unfortunate distinction of having a high rate of early marriage (the average age of marriage is 16.4 years) and childbirth, both of which contribute to high fertility and maternal mortality.

There are a lot of regulations in place to prevent violence against women, but enforcing them remains a considerable difficulty. The Domestic Violence (Resistance and Protection) Act, 2010, was adopted by the Bangladesh Cabinet.

As a result, it will continue to promote and support gender equity by developing gender-inclusive initiatives and paying close attention to gender concerns across the board, including enhanced female access to education and health services, clean water, improved sanitation, and basic infrastructure. The operations of World Vision Bangladesh will be directed by its gender and development strategy and plan of action.