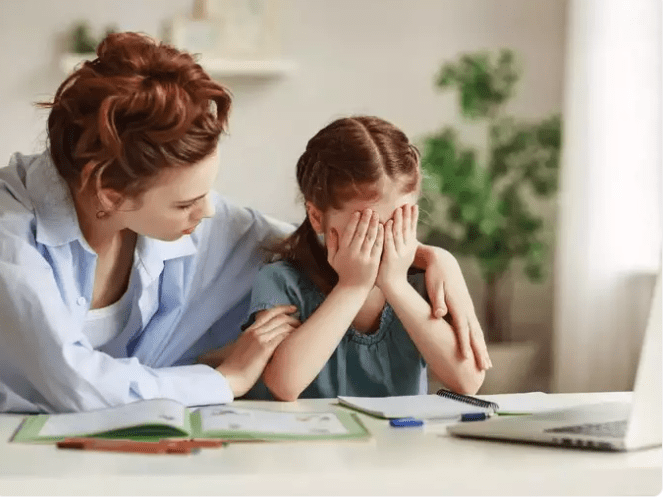 Parents are the most influential people in children’s lives. The following are ten parenting blunders to avoid if parents want their children to be healthy and happy people. Childhood is a delicate period in our children’s lives. They are always learning, growing, and experiencing new things. This can be challenging for parents because we are all learning and growing simultaneously.

When we don’t know what to do or how to handle certain scenarios that occur from our children’s development, it’s simple for us to make mistakes with them.

The majority of us adore our parents. However, we acknowledge that some of their acts have resulted in trauma in childhood.

Some parents never fail to discipline their children when they misbehave. Some people may believe that there is nothing wrong with this and that punishing a child for misbehaving is appropriate.

However, the issue arises when a child has a minor academic achievement, and the parent overlooks it, causing the child to get disappointed and disheartened. It’s acceptable to discipline disobedience, but it is more important to show them gratitude, give prizes, and recognition of a child’s accomplishments.

Comparing your children to the children of others

Even if done gently, it is simple for parents to compare their child’s progress to their friends, neighbours, or relatives’ children. However, the unfortunate reality is that youngsters notice, and comparisons are rarely welcomed if your child appears to be falling behind.

Keep in mind that children develop at various rates and have varied strengths. So what appears to be a sluggish youngster may blossom later. And your youngster may be excelling in an area that isn’t readily apparent.

Putting an excessive amount of value on good grades

Every parent wants their children to succeed in school, and with the right encouragement and support, they can! However, there is a point at which parents cross the line from healthy encouragement to obsession with their children’s grades, making it the centre of their universe.

It may be counterproductive for parents to put too much pressure on their children to get good marks. For example, parents who place an excessive emphasis on academics are inadvertently downplaying the value of social skills and compassion, leading to children failing to develop into well-adjusted individuals and contributing members of society.

More importantly, parents who place excessive pressure on their children throughout their formative years produce high tension and anxiety in their children.

As a result, children whose parents pushed them to achieve even more than they could were more likely to suffer from negative consequences such as depression, anxiety, low self-esteem, behaviour problems, parental criticism, learning problems, and lower grades, and they missed out on the best years of their lives because they spent their time studying behind closed doors, attempting to meet unattainable goals.

Use of physical restraint

Physical violence masquerading as a discipline is corporal punishment. How often have you overheard a parent say that they “punish” their children by spanking, pulling their ears, slapping them with a belt, or throwing items at them?

And how many times have you overheard grown individuals recounting how they were “physically punished” as youngsters and grew up to be “perfect”?

Many people still experience the impacts of their parents’ “discipline,” even though they believe they did OK. Professionals highly advise against this kind of punishment, regardless of how parents feel about it.

If you have unrealistic expectations of what your children should do, you may cause problems. This can happen when parents become frustrated or impatient with a two-and-a-half-year-old who refuses to toilet train, a six-year-old wetting the bed, or a moody teenager.

Instead, make sure your expectations align with what your children are developmentally capable of or expected to do.

Few things can have a greater impact on your children than an inconsistent parenting style. If you are strict at times but give in to others or appear unconcerned about what your children do, they may struggle to comprehend what is expected of them and how to behave.

Parents can make mistakes when it comes to raising their children. It’s normal to want the best for your children, and you could do things that seem nice at the time but end up having unexpected repercussions afterwards.

It’s easy to become irritated and believe you’re the only one with children’s problems, but understanding the most common blunders can help you rectify them before they become habits. Asking youngsters how they’d like things to run and whether or not they understand your expectations of them might also help you communicate more successfully with them.

The most common parenting faults include failing to recognize their child’s need for independence and being overly controlling. These two factors can cause a slew of troubles that could have been prevented if the parent had been aware of the risks or had done some preliminary study.

However, now that you know what they are, you won’t make the same mistake again! We hope that we’ve given you some helpful tips on raising your children and preventing making any more blunders at this stage of life.