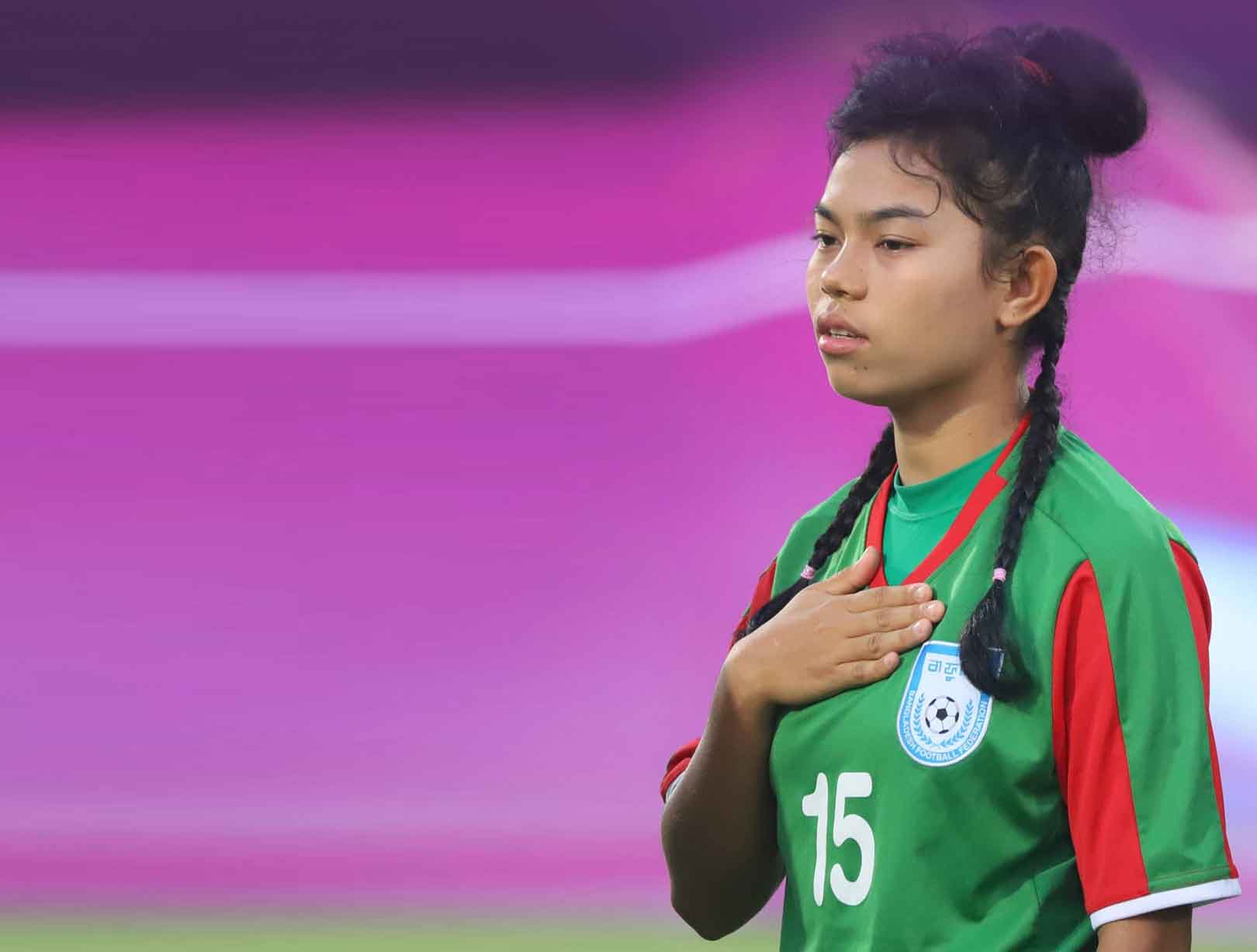 Maria Manda lost her father, Birendra Marak, before he realized it. Like ten other girls in the society, she spent her childhood playing with dolls. Cooking in a brick-and-stone suraki with peers. You must have passed the time of these games long ago. Then he played football alone. Maria Manda came to the Bangamata tournament to play football barefoot. Maria Mander was handcuffed while playing football in 2011. She was a member of the team that became the first champions of the famous Kalsindur Government Primary School in Dhobaura in 2013. Then the boots got on his feet. And Maria Mander’s world is changing. Now, Maria Manda is the captain of Bangladesh’s U-15 team. Under her leadership, Bangladesh became the undefeated champion by defeating India.

Maria Manda has come to this stage after going through many ups and downs in her life. When she became the first champion from Kalsindur in Mymensingh, she worked as a housemaid in a people’s house with her mother.

Because in a fatherless family, the mother had to work as a housemaid in a people’s house. Maria used to support her mother. Maria never understood what it was like to lose her father as a child.

Her mother Enato Manda lost her husband and fell into the deep sea. There is no help. But the children have to put food in their mouths. She went from house to house to take care of her children and worked as a housemaid.

In this context, Maria Manda said, “Our mother has not done any inhuman hardship to make our three sisters, only brother, human.” Elder sister Papia Manda started the same job as it was difficult to run the family on her mother’s income. My mother still farms on other people’s land. However, the mother’s suffering has been successful. In 2014, I was called up for the under-14 national team. Bangladesh became the champion in the AFC U-14 Regional Championship held in Tajikistan under my co-captaincy. I was also the co-captain of the undefeated champion team in the AFC U-16 qualifiers. Then the place is in the main national team. We are runners up in the SAF Women’s Championship held in Siliguri. Under-15 Safe I was given the responsibility of captaincy.