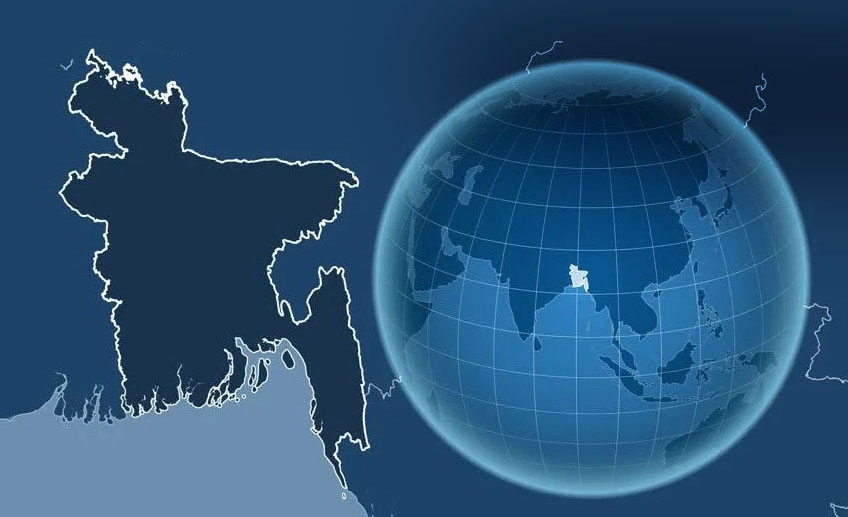 Our younger readers who live overseas have suggested we write about Bangladesh. Although they are native Bangladesh, they know very little about Bangladesh regarding geographical location, history, and people.

Therefore, we have taken this task from our next issue; we will write about different aspects of Bangladesh, including the local history of each district. However, before we look into local stories, let’s look at the history of Bangladesh as a whole.

Bangladesh is a country in south-eastern Asia. It has about 163 million people, and Bengali is the official language. Bangladesh’s culture is distinct and exciting, with many different aspects. One of the most distinguishing features of Bangladeshi culture is its spicy and flavorful cuisine. Moreover, various festivals are held to celebrate its culture and heritage throughout the year. Bangladesh is a fascinating country with a rich history and culture that deserves to be explored. This article will go over Bangladesh’s lifestyle and culture in depth.

Bangladesh is a country in South Asia. The Land is beside the Padma (Ganges) and Jamuna (Brahmaputra) rivers, the northeastern part of the Indian subcontinent. The population is vast, and its people arepredominantly Muslim. Dhaka is the capital of Bangladesh.

Humans have been present in what is now Bangladesh for a very long time. The settlement has been in existence for many thousands of years. The culture of the country is rich. It has been influenced by waves of migration from all over the world. In ancient times, the region was a Buddhist and Hindu centre. During Islamic rule, Bangladesh developed into an important centre of Muslim civilisation. The British East India Company seized control of Bengal in 1757, causing anarchy and chaos in the region.

The British Raj ruled Bengal from 1765 to 1947. When It became a province of Pakistan with the name East Bengal, later It became East Pakistan after Pakistan gained independence from Britain in 1947. The region struggled under Pakistani rule, including Sheikh Mujibur Rahman and Haji Shariatullah. In 1971 Bangladesh declared independence from Pakistan. The war followed an armed conflict between West Pakistan and East Pakistan.

What is the Bangladesh lifestyle?

Bangladeshi culture is well-known around the world. Bangladesh is a country with a fascinating mix of ancient and modern cultures. Awe-inspiring scenery and a pleasant climate are just a few of the reasons. Why are so many people flocking to this lovely country? If you’ve ever been to Bangladesh, you’ll understand what we mean when we say that the Bangladeshi way of life is unique. That is something you must see for yourself.

What is the culture in Bangladesh, and how do the people live their lives?

Bangladesh has a long history of cultural diversity and has a diverse population. This is because it was part of a vast Bengali empire that included parts of India and Burma. Over time, the country has also been influenced by Islamic and British colonisation. As a result, Bangladeshi culture is rich and diverse, with many different religions. Their customs and traditions define their culture.

Today, Bangladesh is a secular democratic state where Islam is the dominant faith. Although most people are Muslim, other religious groups are present, too, including Hindus, Buddhists, and Christians. The cultures of these religions blend to form the unique identity of today’s Bangladeshi people.

Although modern life has crept into Bangladesh in recent years due to technological advances and the country increased globalisation, many people still live traditional lifestyles within the country. You can find the people in rural areas who have no modernisation effects on their life and culture.

Many tribal or indigenous groups live in rural areas. They have preserved their traditions despite influences from the outside world. However, in terms of daily life forBangladeshi people, their way of life can vary greatly, depending on their social class or economic situation.

People in Bangladesh are incredibly passionate about their food. The cuisine is heavily influenced by its neighbours, India and Burma. They also have a large selection of dishes to choose from.

As a result, Bangladeshi cuisine tends to be spicy. The dish contains a lot of vegetables and a lot of fish. In Bangladesh, dal is a popular dish (sometimes spelt as dhal, Daal, or even Dahl). Dal is a lentil or other legume-based bean stew. It is available in a variety of flavours, but it is usually served with rice, vegetables, and meat.

Another popular dish in Bangladesh is Biryani, which consists primarily of rice and curry. This dish contains a variety of spices and herbs, including cinnamon, cardamom, and coriander seeds. Tea, also known as chai in Bangladesh, is a popular drink. Depending on your taste preferences, you can serve it hot or cold and sweeten it with milk sugar. Bangladeshi tea has a distinct Bangladeshi flavour. When adequately brewed (which means not too strong).

Bangladeshi cuisine is highly regarded and adored in the modern world. Bengali people have been migrating to developed countries since the late 1950s, gradually beginning to sell cooked food under the name “Indian Curry.” Because Bangladesh had not yet been born, it is still referred to as “Indian Curry House” or “Indian Restaurant.” Why? It’s another chapter in the NRB’s history that I’ll be able to share with you soon. I can say that over 12000 Bangladeshi restaurants in the UK generate over 5 billion starlings annually for the industry.

In the next issue, I’ll talk about Bengalis’ festivals and celebrations in Bangladesh and worldwide. So you’ll have to wait until the next issue. Meanwhile, please keep showering us with encouraging and uplifting comets that motivate us to work even harder.