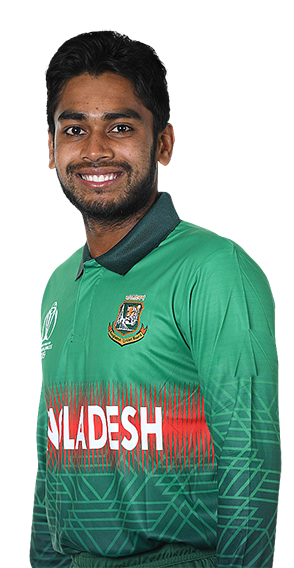 Bangladesh national team spin all-rounder Mehedi Miraz said they dream of winning the Asia Cup. But it will not happen just by dreaming, and we must find a way to win the big tournament. He thinks that luck also needs help in significant events.
After returning to the West Indies tour, Miraz told the media, “We dream of winning the Asia Cup and the World Cup.” We have to find a way to win the World Cup.
Doing well in the World Cup is good for the team and the country. So I will try to achieve something big while being a senior. But you cannot say that I will be the champion.
In ODI cricket, Bangladesh is very good. The team has both younger and older players with a lot of experience. Bangladesh is more sure of itself in ODI than in Test and T20. In the ODI format, Mehdi Miraj said that the team is on the right track. The team will do well in the World Cup if this keeps up. Liton-and Mustafiz’s Tamim-Shakib-experience Mushi’s will be useful.
Regarding his game, Miraz said he has to face challenges against right-handed batters. Right-handed batters try to play him shots and dominate his bowling. That’s why he tries to give the dot ball. Then, understanding the wicket condition, he has to bowl round and over the wicket. Variations are brought in to trap the batters.
After the West Indies tour, the team had four days off. Then the tour of Zimbabwe began. Mehdi Miraj says that if you want to be a professional cricketer, you have to change. “We do this for a living.” We should play. This is how people who play professionally should act. So it looks like we might get four days off. Then the series is set in Zimbabwe. After that series, there is another game. As soon as you can clear your mind, the better. I’ll do my best to enjoy the time with my family.