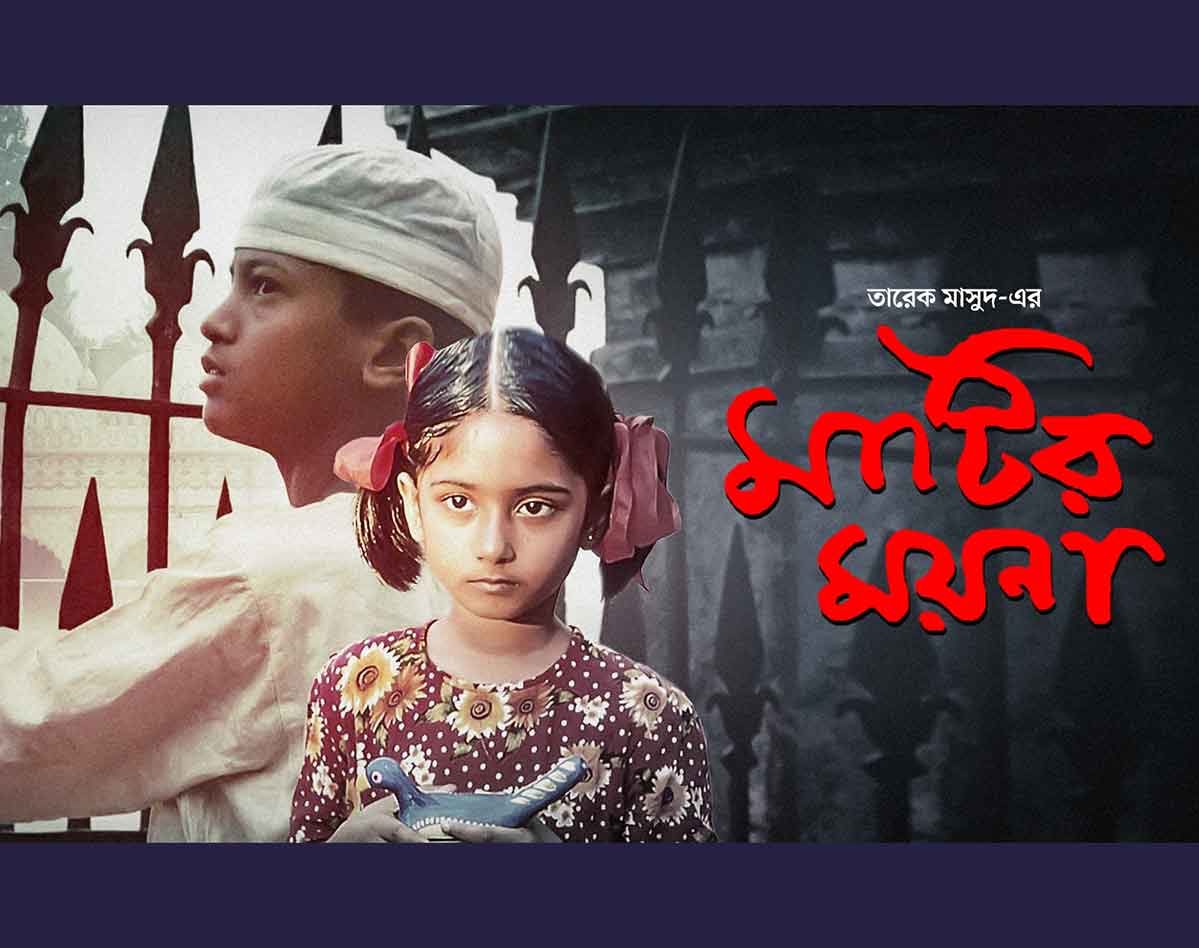 Tareq Masood was one of the few filmmakers in the history of Bangladeshi cinema who adopted film as a tool to bring about changes in society, not just as a means of entertainment. The filmmaker, who came to the world with a short life, has pointed out in every film he has made that various issues in society which were neglected in the name of sensitivity, on the one hand, were quite strong in the safe shadow of the social structure on the other. One such issue is the religious film Matir Moyna, made by Tareq Masood in 2002.

Kazi Saheb, a middle-aged, educated but orthodox and conservative man, is one of the main characters in the film Matir Moyna, set in a completely rural setting. He is determined to abandon all Hindu rituals. Other members of his family include his wife, two children, Anu and Asma, and brother Milon. He also admitted his son to the madrasa of his own free will. But no one else in the family is like Mr. Kazi, as the others seemed to be very liberal in terms of religious conduct. Throughout the film, the tendency of religious fanatics to use religion as a tool through various superstitions and the simplicity of bringing religion and religious life together has been shown in various ways.

The biggest reason for the success of Matir Moyna as a film is that it is able to convey its intended message to all classes of people in an easy and understandable way, and it is also very effective in terms of construction style. The predominance of logic over contradictory statements and the subtle use of different symbols have taken it to the pinnacle of success from an artistic point of view. Although the main goal of the film is to question religious superstition, the filmmaker has established the conflict between the mental contradictions in the explanation of the logic. Two notable incidents were the meeting between Kazi Saheb and his younger brother and the conversation between the two teachers of the madrasa.

Keeping distance from all the realities going on in the country, Mr. Kazi met his younger brother Milon, who was going with the procession. At this time, from Milon’s point of view, one can see the poster of the commercial Bengali film behind Mr. Kazi. On the other hand, anti-authoritarian political slogans can be seen on the back wall of the procession. On one hand, while Mr. Kazi appears on the scene as a symbol of narrow-mindedness and the isolated character of political reality, Milon is seen as an open-minded and liberal-minded political figure.

On the day of Jumma prayers, when Ibrahim and Halim discussed among themselves the statement of the great lord, misrepresenting secularism and giving the wrong message to the pious people, the director also pointed out the lack of logic in the statement and the work. On one hand, while Halim is blindly supporting the great lord, Ibrahim continues to question his statement by using his wisdom and reasoning. At the same time, close-up shots show Halim’s muddy hand-making loose locks despite being a river countryman, and a clean Ibrahim’s hand tending vegetables.

Rokon got acquainted with Anu who was going to study in a madrasa again. Surrounded by a huge wall, the madrasa was a major aspect of the film, highlighting the challenges of children’s mental development. Where on a winter’s morning the lord himself puts Rokon in the cold water of the pond to chase away the jinn with a sheet, ignoring the controlled life of the strict regime, the scene of two children playing in the garden waiting to be released using only imagination gives the message of breaking all chains.

The director’s own life experience has played a major role in making the film Matir Moyna so realistic. At some point in his childhood, director Tareq Masood was sent to a madrasa for education. And so on one hand, just as he has been able to unquestionably criticize the successful acceptance of a system, so he has been able to portray Ibrahim Huzur, who is in the middle of that system, very fluently.

Another notable feature of Matir Moyna is the songs used in it. Bangladeshi films are known for their music, and so the director has succeeded in keeping that aspect intact. He has used the songs sung by rural music artists, but there was also the depth of speeches. The use of phrases like ‘Dui Pata Sipara Paira Bujho Ki Madan’ or “atmotyagi ashol qurban” seems to re-emphasize the whole film. In addition, the director has very carefully presented the complex and sensitive issues in the film, which is made with a completely indigenous impression. In addition to enriching the country’s film industry, the internationally acclaimed ‘Matir Moyna’ won the Fipresci Award at the 2002 Cannes Film Festival.

However, before its release, the film faced a ban from the censor board. Of course, as it was not surprising, being quite the controversial film it is, Zaheer Raihan’s “Jibon Theke Neya” and Alamgir Kabir’s “Border Crossing” faced state bans. In one of the two films, the symbolic protest was taken and in the other, the previous context was restored. Even though it is not centred on the liberation war, the film is based on the pre-liberation period. Later, certain scenes were changed on the instructions of the censor board, but later they were allowed to air but were not released in all theatres in the country. Tareq Masood did not stop making films out of his sense of duty. He also wanted to convey his desired message to the common people by showing the film in different parts of the country.

At one time, the first day of the Bengali year, i.e., the Pahela Baishakh, was accepted by all, irrespective of class, religion, and caste. When Pitha puli was made from house to house, everyone would flock to see the fair. The festival was becoming more and more popular. However, influenced by the message spread by a group of fanatics, labelling these cultural functions as Hindu deeds, many people have distanced themselves from them even today. And that section includes not only the uneducated and semi-educated but also the highly educated people of our country.

The reason for this is nothing but the lack of mentality and ignorance required to be able to ask logical questions. Tareq Masood wanted to save us all from this vast ignorance. He wanted to fulfil his social responsibility by standing in the midst of all adversities. Today, Tareq Masood, Alamgir Kabir, and Zaheer Raihan are needed in contrast to the commercial style of Bengali films, which repeat the same words. Only then will we find ignorance in society and the people of society, in contrast to the all-encompassing glamour of the film.

Matir Moyna has been so popular since 2002 that it has won a lot of prizes. And those prizes are-

Script Award by the South Fund of the French Government.