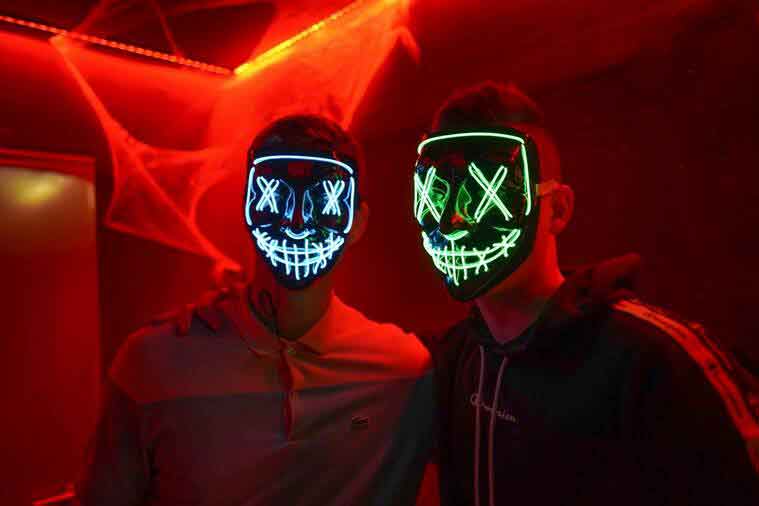 Halloween is actually an acronym for “All Hallows’ Eve”. Every year on 31st October, All Hallows’ Day is celebrated in different countries. This day is also included in public holidays in many countries. Mainly Christians observe this day through various festivals.

According to one folklorist writer, there was an uncomfortable compromise between pre-Christian Irish folklore and the world of folklore and beliefs throughout Ireland. Historian Nicholas Rogers traces the origins of Halloween and finds Halloween’s involvement with a feast in honour of Pomona, the Roman goddess of abundant fruit. There are many other types of myths in this context. However, modern Halloween folklore is thought to be influenced by Christian doctrine. Most Christians in Europe and America celebrate Halloween on October 31 and November 1 and 2.

Let’s go back to the time of its origin. Approximately two thousand years ago, the Celtic peoples living in Ireland, England and northern France used to celebrate the first day of November as their New Year. They considered this day to be the end of summer and darkness or the beginning of winter and the last day of October to be the worst night. They believed that on the last night of October all dissatisfied souls return to the earth.

If people meet with these souls, they can be harmed. So on this night, they wore various ghost masks and clothes to fool them. Over time, this festival of the Celtic nation has now taken the form of a “Halloween” festival, as children are now celebrating the “Trick or Treat” tradition on Halloween, regardless of its history.

Little children going from house to house knocking on the door and saying “trick or treat” is a common sight in the Halloween festivals now. The children are given some candy or food in their bags by the various house owners upon their arrival on Halloween. UNICEF also celebrates Halloween. Many of the children associated with them raised funds to play “Trick or Treat” in the guise of ghosts. And that fund is spent on helpless children.

According to various folklore, all the dead come to the world on the night of October 31 to take the new body of the next year. That is why the villagers take measures to escape from these evil spirits. The custom was to put out the sacred altar fire and to light a new fire the next morning.

In the nineteenth century, in the book ‘Christmas Carol’, the author Charles Dickens mentioned ghosts. Ghost stories are recorded in many more places. The word ‘ghost’ in Bengali culture means the past. It is difficult to know when and how ghosts originated in the midst of this vast past. But the idea of ghosts did not happen overnight, it has been established for ages.

In Bengali culture, there has been a lot of literature concerning ghosts, as there have been numerous ghost stories written by famous Bengali authors like Rabindranath Tagore, Sharat Chandra Chattopadhyay, Sunil Gangopadhyay, and Humayun Ahmed, who have all written quite a lot of ghost stories, signifying the cultural fondness of the Bengali community for ghost stories, which has also given them the influence to celebrate an event like Halloween, which was made famous in westerns, as well.

Halloween is now being celebrated in Bangladesh, as despite its roots in the western region of the globe or the ties with Christianity, it is now being embraced as a wholesome cultural event, as a vast number of companies are now opting to arrange Halloween festivals, horror shows, and even horror carnivals, in order to add a diverse flavour to the Bengali cultural aspect.

The October-ending festival is now very popular among children, as despite trick or treating like the kids in the western region, they are now attending the various Halloween festivals organised in different parts of the country, as the horror festival is getting more and more popular as each year passes.

The Bengali culture itself is a very diverse culture with differentiated styles and methods, as adding some more from different cultures and mindsets, would enrich it more, and make the Bengali culture stand out on its own, amongst the various other cultures around the world.