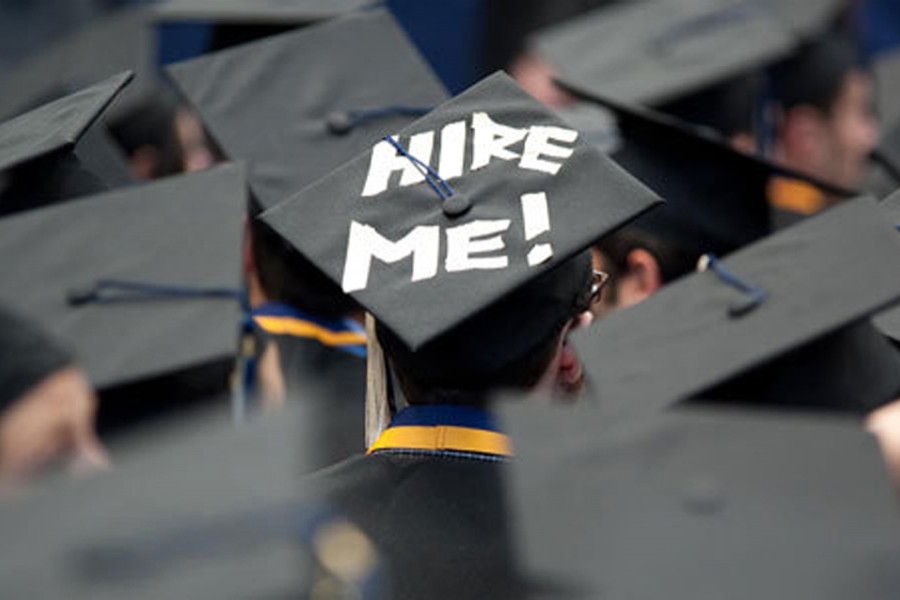 Even though the economy has grown faster in the last ten years, the chances of creating new jobs have decreased. Even though the gross domestic product (GDP) growth has been fast during this time, employment has been decreasing. The rate at which new jobs opened up in different fields a decade ago is not the same as it is now. Also, young people with a lot of education are getting increasingly upset about not being able to find a good job. Also, the country’s public sector doesn’t have many jobs because the private sector isn’t growing as fast as it should.

According to a recent report by the Bangladesh Institute of Development Studies (BIDS), 8% of undergraduate students in national universities are unemployed. In other words, many of Bangladesh’s highly educated youth are now unemployed.

They are waiting for a job year after year after finishing their studies. The recent corona epidemic has come to the fore as a sign of how much the employment situation could create a crisis after a young man advertised for ‘teaching in exchange for a meal.

The frustration of unemployment and the severity of the crisis now came from the experience of a highly educated young woman. A young woman with a master’s degree in English, who spoke on condition of anonymity, said she was 28 years old when she finished her studies. Then, apply for one BCS and about 20 government jobs under 30. But amid the epidemic, job tests stopped, and she worried about his life’s end.

When the situation became somewhat expected, the date of the written test for five jobs was fixed on the same day; she took part in two tests. Besides, there are allegations of questioning on a couple of exams. All in all, she tried to commit suicide out of the frustration of unemployment.

It is estimated that more than 2 million people enter the labour market annually, where only 5% of employment is in the public sector and 95% in the private sector. But after completing higher education, most of them are now waiting for government jobs year after year. Multiple BCS and government job exams create frustration among many because there are no job opportunities compared to the number of job prospects.

According to the latest published labour force survey of the Bangladesh Bureau of Statistics for the financial year 2017-18, the total number of unemployed in the country is 26 lakh 70 thousand. In the 2015-16 financial year, which was 26 lakh. In other words, the number of unemployed people has increased by 60,000 in one year. Another issue has been raised in the report of the Bureau of Statistics. The number of people working in the family but do not get wages is about 11 million. There are also about one crore 8 lakh day labourers whose work is not guaranteed.

The more young people study in third-world countries, the greater the risk of becoming unemployed. A report on regional employment by the International Labor Organization (ILO) also paints a picture of this. According to the report, Pakistan has the highest unemployment rate among the highly educated in Asia and the Pacific, at 16.6%. In Bangladesh, the rate is 10.8%, the second-highest among the 28 countries in the region. The majority of the youth in the country, especially the educated youth, are living a life of unemployment, which is increasing.

Bangladesh has the highest rate of educated unemployment. Out of every 100 graduates, 48 ​​are unemployed. In other words, the name of one out of every two is included in the unemployed register.

On the other hand, the report of the International Labor Organization (ILO) has mentioned that the number of unemployed in Bangladesh is three crores. The company has predicted that it will double to 6 crores in a few years, which will be 39.40% of the total population. Observers consider the ILO’s account to be the number of unemployed in Bangladesh.

After passing high school, young people are not as keen to study at a college university as they are to learn technical or vocational skills. Second, very rarely is anyone seen to be an entrepreneur. Everyone expects a job; no one thinks about job creation. As a result, it is now common to wait a long time for a job after graduating from university. The government should play a decisive role in creating a skilled workforce and entrepreneurs by investing in the right place instead of setting up new institutions yearly.

In 2016, the European Intelligence Unit (EIU) showed that 48% of graduates in Bangladesh were either unemployed or did not need to be university graduates for the job they were employed in. Every year 22 lakh working people enter the job market in Bangladesh. However, only seven% of these huge active people will get jobs. This means that two-thirds of the people are enrolled on the list of unemployed.