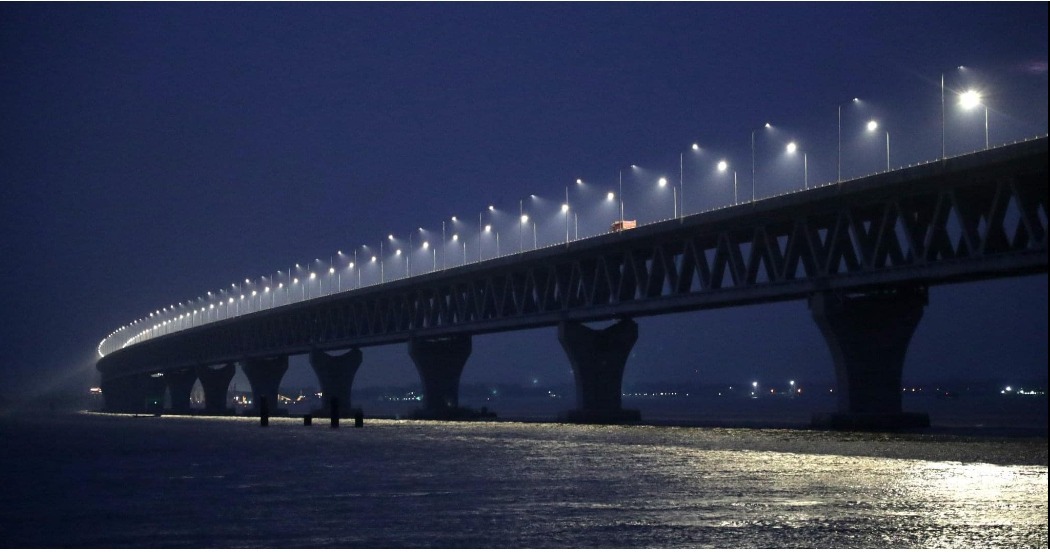 ‘Bangladesh is an independent sovereign country. The heroic Bengali nation that can snatch its thousand-year-old dream of freedom through a long and bloody nine-month armed struggle is always indomitable and unyielding. No power in the world can stop its progress and prosperity. Proof of this is the Padma Bridge to win the dream of Bengalis. The bridge was inaugurated on June 26. The dream of Bengalis came true. This difficult task is possible only for Prime Minister Sheikh Hasina, daughter of Bangabandhu.

The construction of the Padma Setra with its own funds is certainly an unimaginable event for the country! Although the Padma Bridge is not the only megaproject in Bangladesh, many megaprojects have been implemented in the country. However, the issue of the Padma bridge is completely different because these unexpected events occurred during the bridge construction; Some were deep in the mete.

However, Bangladesh did not ask anyone for help building this bridge. Nevertheless, it has given a strong foundation to our place of self-pride, honour and self-esteem. The Prime Minister, the leader of the masses, is the courtyard of wet memories as the daughter of Bangabandhu to the helpless people, a light of hope.

They have done the impossible by building the Padma Bridge with their own funds. On December 7, 2014, Bangladesh started constructing a bridge over the Padma. The 6.15 km long and 18.10 m wide bridge connects Musiganj with the naval outpost at Atiya and Sadarpur in Shariratpur.

This bridge connects the northeastern region with the country’s southwestern region. In fact, despite all the conspiracies and adversities at home and abroad on the way to the implementation of the Padma Multipurpose Bridge project, the Sheikh Hasina government completed the construction work.

Today the bridge has become a symbol of trust, a symbol of experience. People who have lost their homes and homes are disappointed at first because they have confidence in the leader of the people, but soon they accept the matter. In fact, the experience of the Panama Bridge is a milestone for the government in the future. Not only Padma Bridge but many other mega projects are now visible Especially projects like Metro Rail, Bangabandhu Tunnel, and Bangabandhu Industrial Park, which are also spreading light around now. With the introduction of these, the whole face of Bangladesh’s economy will change.

“Bangladesh will conquer the heights of the sky, touch all the impenetrable, incomparable indicators and will emerge as a wonderful and powerful nation with its head held high in the world.” Because we have Sheikh Hasina, the symbol of self-confidence.

Who has astounded the world by accomplishing unthinkable and challenging tasks under oath? She is deftly implementing megaproject after megaproject for the country’s populace, thereby overcoming any problems that may arise. The completion of the Padma Bridge is an unforgettable milestone in the history of our nation, which will propel our economy to new heights.

Lalon Shah Bridge on the river. There is Bangladesh-Japan Friendship Bridge-1 in Meghna and Bangladesh-Teen Friendship Bridge in Brahmaputra and Buriganga. ‘Since independence, Bangladesh has gone through many ups and downs and reached its present position. In many respects, we can say without hesitation that the Padma Bridge of dreams will serve as a charioteer in fulfilling the future dreams of the people of Bangladesh.

The country has built such a huge bridge with its own funds, proving that it can gradually complete more infrastructural development on its own. The implementation of the Padma Bridge is the wheel of Bangladesh’s economy

It Will increase and play an important role in increasing national morale and capacity.