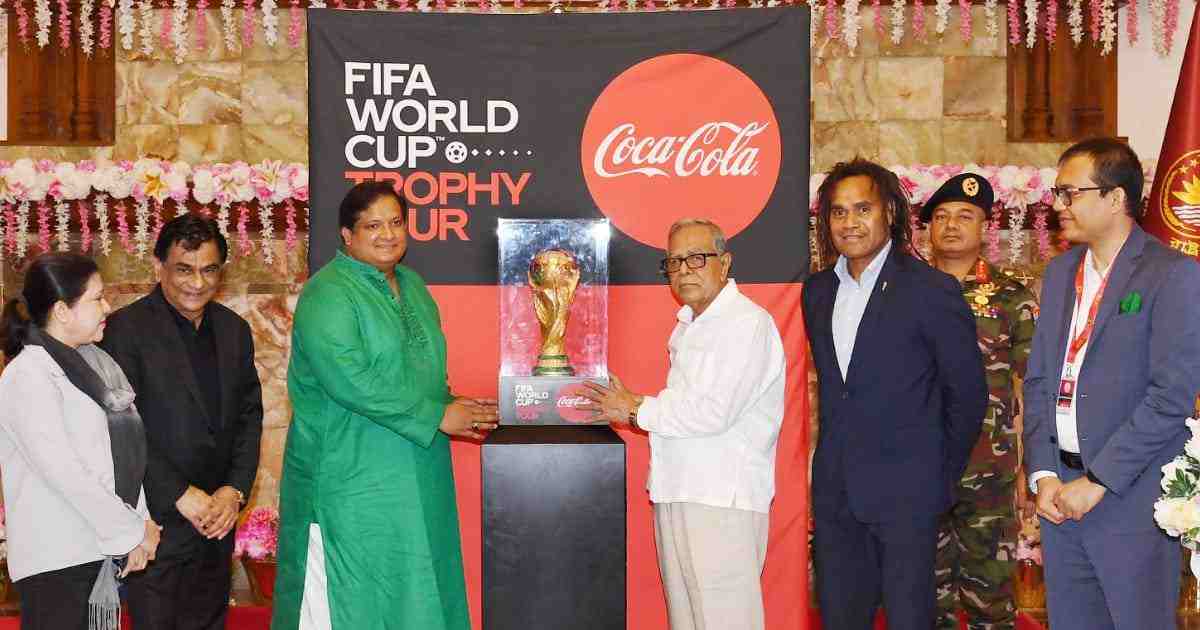 The FIFA World Cup trophy travelled to Bangladesh on a 36-hour journey. The trophy arrived at Hazrat Shahjalal International Airport in Dhaka at 11:20 am on the 8th of June via a chartered flight from Pakistan.

Local football fans will get a chance to see the most prestigious trophy in football. The trophy is on a world tour before the start of the World Cup on the 21st of November this year.

The trophy is on display at the Radisson Blu Water Garden Hotel on the 9th of June from 10 am to 3 pm for football fans to meet and take pictures.

The trophy was also transported to the Banani Army Stadium at 4.30 pm. On the occasion of the World Cup Trophy’s arrival in Bangladesh, a concert was held there. The world tour of the most intriguing trophy kicked off in Dubai on the 12th of May. Under the sponsorship of Coca-Cola, the medal will travel to 57 countries, including the 32 nations competing in the upcoming World Cup in Qatar.

The trophy left Bangladesh at 10:20 pm on the 10th of June. A trophy replica also toured Bangladesh in 2013 before the Brazil World Cup in 2014.

Radisson Blu Water Garden Hotel says anyone can easily find more information about their hotel through visiting the link: www.radissonhotels.com/en-us/hotels/radisson-blu-dhaka