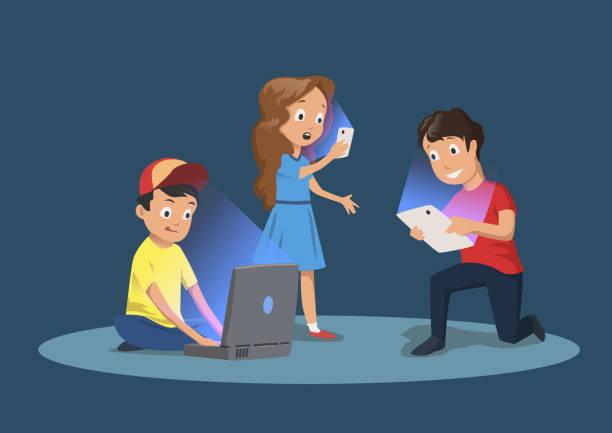 Social networking is a technology with several advantages. It allows users to interact and exchange knowledge and meet new people. However, there are drawbacks, particularly for college-aged young people who have grown up in a screen-dominated environment.

Humans are social creatures by nature. To prosper in life, we require the company of others, and the strength of our bonds has a significant influence on our mental health and happiness. Being socially linked to people may help you cope with stress, worry, and depression, increase your self-esteem, bring comfort and joy, prevent loneliness, and even add years to your life. On the other hand, a lack of strong social relationships might endanger your mental and emotional health.

Many of us use social media sites like Facebook, Twitter, Snapchat, YouTube, and Instagram to locate and communicate with one another in today’s society. While each has its own advantages, it’s vital to realize that social media will never be a substitute for genuine human interaction. To trigger the hormones that relieve stress and make you feel happier, healthier, and more optimistic, you must interact with individuals. Spending too much time on social media, ironically for a tool supposed to bring people closer together, can instead make you feel lonelier and more isolated—and aggravate mental health issues like anxiety and depression.

According to recent nationwide research led by Dr. Brian Primack, dean of the College of Education and Health Professions and professor of public health at the University of Arkansas, young adults who increased their social media usage were more likely to develop depression within six months.

The study, which will appear in the American Journal of Preventive Medicine, is the first to indicate a long-term association between social media usage and depression. According to various studies, teenagers and young adults who spend the most time on Instagram, Facebook, and other platforms had a much greater prevalence of reported depression than those who spend the least time (ranging from 13 to 66 percent).

One of the most significant distinctions between today’s youth and young adults and previous generations is that they spend far less time socializing with their friends and far more time connecting online, mostly through social media.

According to some experts, the rise in sadness is proof that the electronic ties that social media users make are less emotionally rewarding, leaving them socially isolated.

“The less you’re linked to human beings in a deep, empathetic sense, the less you’re truly experiencing the advantages of a social encounter,” says clinical psychologist Alexandra Hamlet, PsyD. “The more surface-level anything is, the less likely it will make you feel connected, which is something we all need.”

Girls who are heavy social media users but still maintain a high degree of face-to-face social connection are an exception to the depression association. According to the Twenge study, females who connect strongly offline and online do not have the same rise in depression symptoms as those who interact less in person.

Some kids cannot interact with their classmates offline because they are geographically isolated or do not feel welcomed in their schools and towns. For those children, having access to the internet may be life-saving.

Instagram likewise allows users to upload “stories” that last for 24 hours, but it also allows users to share photographs or videos that stay on their profile. Unless an Instagram account is set to “private,” anybody may view the pictures and videos posted. Many individuals use Instagram as a type of picture blogging, publishing videos from holidays and everyday life and expressing their passions for painting, cooking, and other hobbies.

Facebook allows users to share images, videos, articles, and personal information and interact with friends and other people. For example, users may upload creative videos such as music, food, make-up lessons, and vlogs to YouTube (video blogs). In addition, users may express their opinions and personal updates and photos in 280 characters or fewer on Twitter.

These social media sites are popular for communicating with friends, getting news, and keeping up with celebrities’ posts. Unfortunately, while social media can help individuals connect and reach out to others, it can make other people feel worse. Almost a quarter of teenagers feel that social media has a primarily negative impact.

Mental illness is an issue for adolescent health, with 13 percent of 12–17-year-old reporting depression and 32 percent expressing anxiety.

It’s also an issue for young adults, with 25% of 18-25-year-olds reporting mental illness. In addition, girls are more likely than boys to suffer from depression. Some experts believe that the growth in mental illness is linked, at least in part, to the increased usage of social media by teenagers and young adults.

It’s unclear whether social media use causes depression and anxiety symptoms or whether those already sad or anxious use it more than their peers. However, some evidence shows that, at least to some extent, social media use can cause these symptoms. For example, people who cancelled their Facebook account for a month experienced fewer melancholy and anxiety and increased happiness and life satisfaction, according to a study from 2020.

Internet addiction, let alone social media addiction, is a genuine phenomenon, and there’s some proof that both exist. Nottingham Trent University reviewed previous studies on psychological features, personality, and social media use. “It may be possible to speak specifically of Facebook Addiction Disorder,” the authors conclude, “because addiction criteria, such as neglect of personal life, mental preoccupation, escapism, mood modifying experiences, tolerance, and concealing addictive behaviour, appear to be present in some people who use excessively.” Excessive social media usage is motivated differently by introverts and extroverts, and persons with narcissistic characteristics. But that needs its own section.

Discover how social media may harm your mental health and how you—or someone you know—can use it more positively.

Playing a slot machine has the same effect on the brain as using social media applications and websites. Spontaneous outcomes produce a sensation of “reward” by releasing dopamine—the same chemical related to other enjoyable activities like sex and food—because you don’t know what you’ll see until you open the app.

Interactions as a focal point

When you put too much attention on the interactions you receive (or don’t) on the stuff you post, you might get into more difficulties. For example, if you publish a photo in the hopes of getting likes or comments but don’t get any, you may be disappointed.

When you compare your posts to those of other individuals, you may be disappointed. This can lead to low self-esteem, a lack of focus on other duties, and even anxiety or despair.

On the other hand, Fake Filters demonstrate how social media can be both beneficial and detrimental. Sure, ridiculous filters are amusing, but the capacity to easily whiten teeth, airbrush body features, and conceal flaws may lead to deception.

Even if you realize that postings are edited and carefully picked, continuously watching other people’s picture-perfect highlight reels might make you feel like you couldn’t live up to their lives. Try to see filters for what they are: a fun way to change your online appearance, but not something you need to duplicate.

Feelings of Being Left Out

Another reason why browsing through social media is so appealing is the fear of missing out or FOMO. When your friends and classmates use social media, you may be concerned about missing a message, inside joke, or other information that ties you to your peers.

On the other hand, constant checking and scrolling might be damaging to homework and studying. Distraction can lead to procrastination, poor knowledge retention, and increased stress levels. In addition, when you read posts of others having a lovely time, you may feel excluded, lonely, or anxious.

Having access to the whole digital world might make it difficult to get out and make genuine social relationships and in-person encounters. So take advantage of the possibility of meeting up with pals in person.

What Can You Do to Stop Unhealthy social media Habits?

Utilizing social media in moderation might help you feel less lonely and depressed. While it’s doubtful that you or someone you know would completely abandon social media (after all, there are some benefits), it’s crucial to be self-aware and notice the following warning signs:

Reduce your time spent on social media if you see these warning flags. Setting screen time limitations, time limits for certain applications on your phone, or establishing defined hours for checking your accounts are all examples. Some people even discover that taking a social media “vacation” or “detox” might help them focus on their mental health and relationships.

Other things that might assist you in putting social media on the back burner?