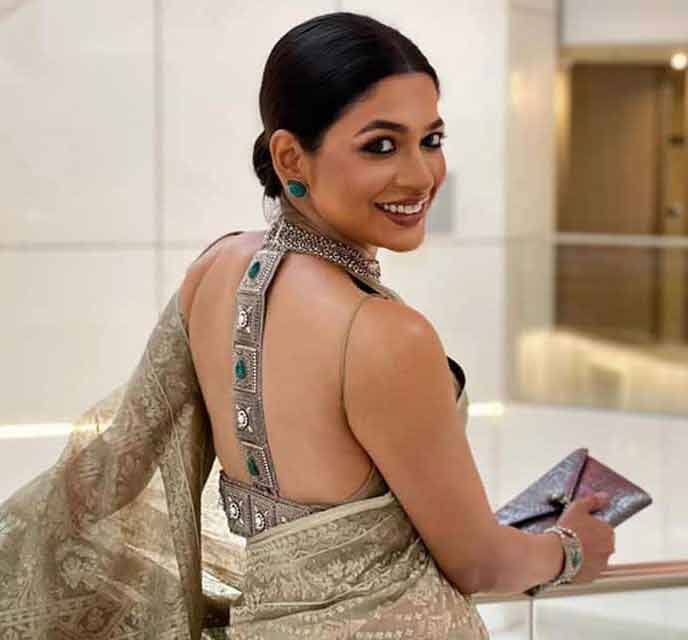 So much excitement, so much joy—Bandhan can do it. So much success, so much light that has never come before! Speaking of which, he is Ajmeri Haque Bandhan. He is the first actor from Bangladesh to get a standing ovation at the prestigious Cannes Film Festival. The all-star ‘Rehana Maryam Noor’ has been screened in the official selection section of the Cannes Festival. There is the honour, the love that has won the prize; that is unthinkable. To share the joy, he arranged a chat for the journalists who were his important companions in his performance. It was written in the invitation letter: “Rehana” wants to have an informal meeting with you.

Before reading the invitation letter and going to Gulshan-1, it seemed that there would be no formal arrangement for the chat. That’s right; there was no stylish arrangement. Bandhanhara Bandhan was alone for two and a half hours in a domestic arrangement. In an interview with reporters, he openly said that the country’s entertainment journalism, personal life, the story of Rehana, and the recent Netflix film shot in India, were the details of the intelligence.

He recalled with gratitude the contribution of the journalists behind today’s closure. At the same time, he said, some news has been published without talking to him. This has damaged his personal life.

Indian journalists have had to face each other while acting as agents of intelligence. He differentiated the journalism of our country from theirs in this way: if anyone here is asked, show me the news before it is published. Then he may not take it well. But after they questioned my personal life, they showed me the draft before publishing it. And they ask, “to the point.”

He went from talking about journalism to his personal life. He said that he wanted to commit suicide twice in 2005 due to a big incident in his personal life. Then in 2007, after coming to the Lux beauty pageant, her life has changed a lot. He also thanked the competition authorities for this.