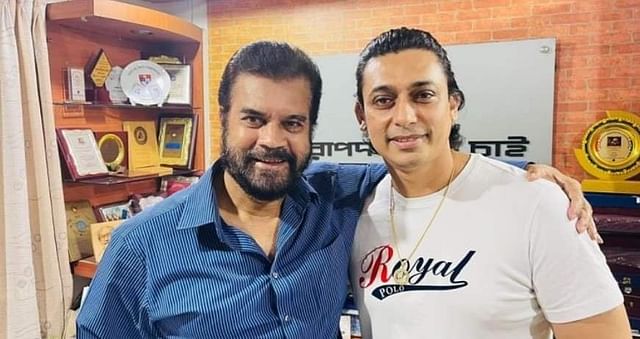 Actor Zayed Khan has been elected general secretary of the Bangladesh Film Artists Association for the third time in a row. However, he is not getting the previous two-time president, Misha Saudagar, as his partner this time. Instead, actor Ilyas Kanchan has been elected as the association’s new president.

Although the president was elected from the opposition panel, the hero said they would work together in harmony. Zayed Khan said, “I had a hard time winning this election.” The artists voted for those they liked. I have been chosen with the blessings of all and the artists’ love. I am grateful to those who voted for me. Regarding the defeat of Misha Saudagar in the election, Zayed said, “After four years of walking with him, I feel bad. It would be much worse without him. I will miss a lot at work. ‘

Meanwhile, regarding the new president, Ilyas Kanchan, he said, “Brother Kanchan is a very good man; he is our brother.” He was with us for two terms as an advisor to the Artists’ Association. The evaluation of the work I am about to do will be good. We will work together. The process of working with him has to be re-arranged. An understanding was reached by working with Misha Bhai. Hopefully, a place will be created by working with him. Everyone will work together. “

On January 26th, the voting of Shilpi Samiti was held at FDC. Elias Kanchan got 191 votes, while his nearest rival, Misha Saudagar, got 146 votes. Besides, Zayed Khan got 18 votes, and his closest rival, Nipun Akter, got 173 votes.