It’s been called the “silent epidemic” because it’s so often hidden behind closed doors. But the truth is that violence against women is a real problem in our society.

Violence against women is any act or threat of physical, sexual, or psychological violence directed against women by men. It can take many forms, from domestic violence and sexual assault to trafficking and sexual exploitation. It occurs in all parts of the world and affects women of all ages, social classes, religions, and ethnicities.(1)

The problem of violence against women is all too often ignored. It’s a global pandemic, yet it remains one of the most underreported crimes. The World Health Organization estimates that one in three women will experience physical or sexual violence. And yet, the silence around this issue is deafening.

“We often think of violence only in inner cities or poor neighbourhoods. But the truth is that violence can happen anywhere, to anyone, at any time. It knows no boundaries.”

Physical violence is a serious problem that can have devastating consequences. It includes slaps, shoves, punches, kicks, twisting arms, choking, and being burnt or stabbed. It can also include slaps, shoves, hits, puns, pushes, or being thrown downstairs or across the room. As a result, women of physical violence often suffer from physical injuries, psychological trauma, and even death. In addition to the immediate consequences, physical violence can also lead to long-term problems such as post-traumatic stress disorder, anxiety, and depression.

Psychological and emotional abuse is another form of violence that can be just as damaging as physical abuse. It can include various behaviours such as isolation from family and friends, continual humiliation, threats against children, or being threatened with injury or death. This abuse can be far-reaching effects, including physical health problems, mental health issues, substance abuse, and even suicide.

Family violence is yet another form of violence against women. It includes any abuse that takes place within a family or intimate relationship. It includes the same behaviours as domestic violence but can also include forced marriage, dowry-related violence, and honour killings. Family violence is a serious problem that can have devastating consequences for women and their families.

And it does not just stop there; financial or economic abuse is another common form of violence against women. It includes controlling access to money, preventing a partner from working or using their income to meet the abuser’s needs while leaving the woman without enough money to live. This abuse can seriously impact a woman’s ability to support herself and her family.

And one of the most common but often overlooked forms of violence against women is sexual violence. It includes any sexual activity that is forced or coerced. This can include rape, attempted rape, child sexual abuse, and intimate partner sexual violence.

“No matter what type of violence, the effects are always devastating.”

And if you scroll through news headlines or the internet, social media, you’ll see that violence against women is happening all too often. (2)

Factors Associated With Increased Risk of Violence Against Women:

Research has shown that unequal distribution of resources and power between men and women creates an environment ripe for violence. This could be due to poverty, social norms that support male power and control, or weak legal systems that fail to protect women’s rights. Various community norms operate in societies worldwide that privilege or ascribe higher status to men and lower status to women.

One of the most important is the norm of male breadwinning, which places a high value on men’s paid employment and few accolades on women’s unpaid domestic labour. Others buttress this norm, such as the idea that women are naturally more nurturing and, therefore, better suited for caregiving roles. Men are more physically strong and, therefore, better suited for manual labor. Together, these norms create a set of expectations about gender roles that limit women’s access to paid employment and contribute to low levels of gender equality.

There is no one answer to why some men engage in harmful masculine behaviours. However, several factors can contribute to these behaviours. For example, some men may grow up in environments where violence is seen as an acceptable way to resolve conflict. Others may feel pressure to conform to traditional ideas about being a man, including having multiple sexual partners. Additionally, some men may use harmful behaviours to assert their power and dominance over others. Also, men can’t control their anger or sexual urges; they have a sense of entitlement; they were exposed to violence as children, witnessed their mother being abused, or had mental health issues.

“We need to end the silence around violence against women and do it now.”

Harmful use of alcohol is also a major factor in intimate partner violence. Alcohol is involved in about half of all domestic violence cases. Alcohol abuse can make it more likely for someone to commit acts of violence and make it more difficult for women to defend themselves or escape abusive situations. Furthermore, Marital discord and dissatisfaction are often precursors to partner violence. When couples cannot communicate effectively or when there is a lack of satisfaction in the relationship, it can lead to frustration and anger that may be expressed through violence.

Many things can be done to prevent violence against women. First, it’s important to challenge the myths and stereotypes perpetuating violence. We must teach young people—boys and girls—about healthy relationships, respect, and equality. It’s also essential to support women of violence and let them know they’re not alone. This can be done through schools, parents, community groups, and the media.

“We cannot allow this violence to continue. We need to stand up and say enough is enough.”

Support services can also make a big difference for women of violence. These services can provide safety, shelter, legal assistance, counselling, and other forms of help. Laws and policies that protect women’s rights and hold abusers accountable can help to prevent violence against women. These laws should be based on international human rights standards, and they should be enforced. Community support systems that promote non-violent behaviour can also help to prevent violence against women. These systems include neighbourhood watch groups, community patrols, and hotlines.

In 2019, WHO and 12 other UN and bilateral agencies published the RESPECT women framework for preventing violence against women. Each letter stands for a different prevention strategy:

One of the key goals of RESPECT is to highlight the fact that successful interventions are those that prioritize the safety of women. This includes interventions that challenge unequal gender power relationships, are participatory, address multiple risk factors through combined programming, and that start early in the life course. By working to promote these types of interventions, RESPECT hopes to create a world where all women can live safely and without fear of violence.

No one should be a victim of a crime. However, working together can help prevent violence against women and make our world safer for everyone. If you’re in an abusive relationship, it’s important to get help. Several national and international hotlines can help you find resources in your area. You can also contact your local police department or social services agency. Remember, no one deserves to be abused—no matter what.

It is important to remember that not all men are violent. In fact, most men are not. But we need to do more to engage men in the movement to end violence against women. We must challenge the harmful masculine norms and beliefs contributing to this violence. We need to support men who are violence survivors, and we need to engage men as allies in the fight to end this epidemic.

“We can all play a role in preventing violence against women. By working together, we can make our world a safer place for everyone.”

Ending violence against women starts with every one of us. We can raise our voices in protest, donate to organizations that work to end violence and be there for the friends and loved ones who have experienced it. We can all play a role in preventing it by working together to challenge the harmful stereotypes and norms that perpetuate it. We need to engage men as allies in this fight, and we need to support survivors. Only then can we hope to create a world where everyone can live safely and without fear.

If you or someone you know is a victim of violence, resources are available to help. Please don’t hesitate to reach out for help if you need it. Together, we can create a world where violence against women is no longer tolerated and survivors are supported. Thank you for reading this post and helping to spread awareness about this important issue!!!

(1) United Nations. Declaration on the elimination of violence against women. New York: UN, 1993.

(3) WHO, LSHTM, SAMRC. Global and regional estimates of violence against women: prevalence and health impacts of intimate partner violence and non-partner sexual violence. WHO: Geneva, 2013. 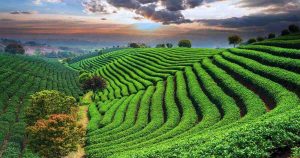