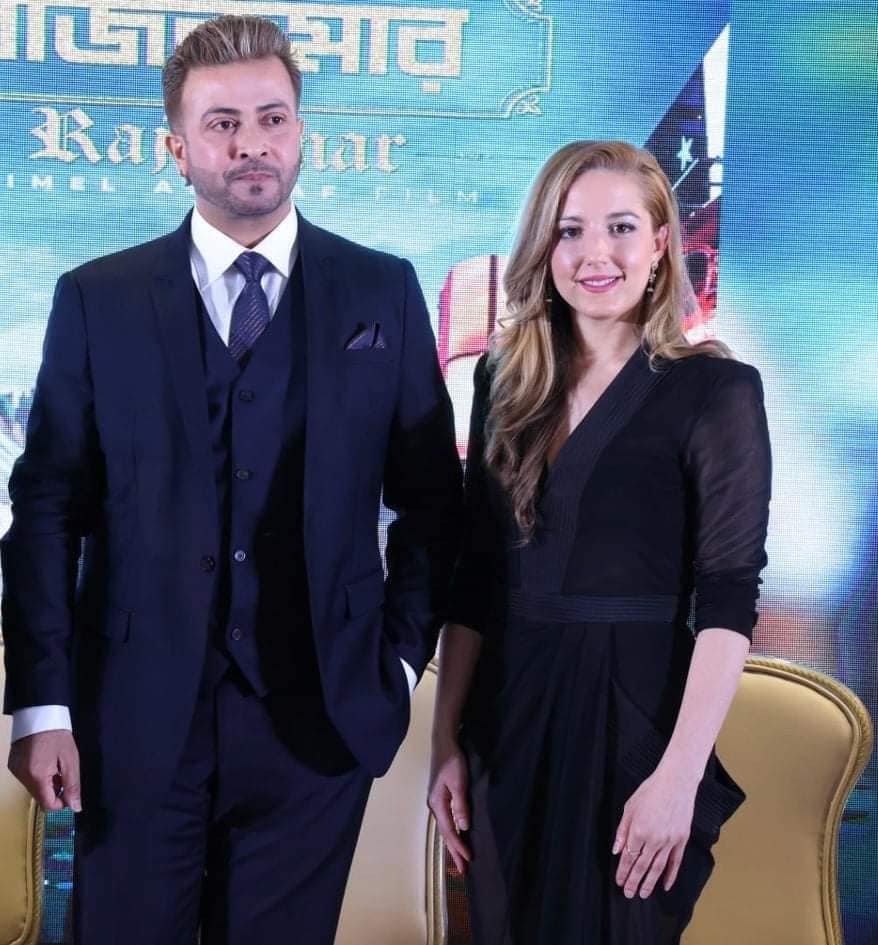 Shakib Khan’s first trip to America was when American heroin was discovered. Shakib Khan is a film producer based in the United States.

Rajkumar is his given name. Then, on March 29, the film’s heroine was revealed. The ceremony took place in New York at a convention centre. Finally, Courtney Coffey, a newcomer, made her debut. With that came the release of the film’s first motion poster.

Courtney Coffey was born in the United States, according to Shakib Khan. She became a part of the film after completing a series of steps. Shakib Khan’s production company, SK Films, is responsible for the film’s production. The film’s co-producers are Kazi Riton and Zakaria Masood.

Himel Ashraf directed the film. “We’ve never met Courtney Coffeyy before,” Himel Ashraf said. We delegated the task of finding the heroine to a professional agency. First, they give us a list of 87 actresses. After a few steps, the top three are chosen.

‘In the end, Courtney Coffeyy is on our side.’ Courtney attended a university in the United States, where she studied cinema. She was active in the theatre. She’s also appeared in a short film.

Shakib Khan said about the movie, ‘The number of cinema halls in our country has decreased. But if we add 150 more cinema halls outside Bangladesh? We are moving forward according to that plan. The day is not far away when we will be able to make up for the loss by releasing movies outside the country. ‘

According to the director, the film’s shooting will start in the second week of July. In addition to New York and Miami Beach, it will operate in several US cities.