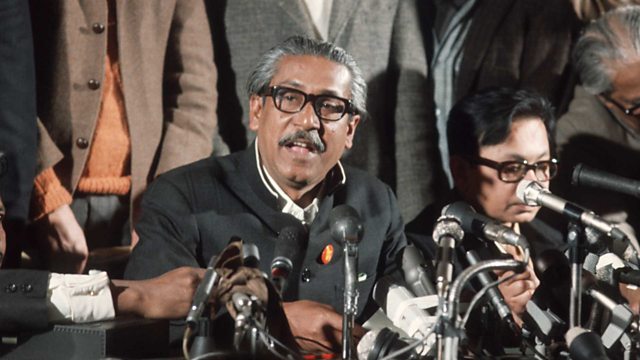 2020 – 2021 was celebrated as Bangabandhu Sheikh Mujibur Rahman’s centenary birth anniversary – Mujib Barsha, and he will be remembered forever for single-handedly changing the course of history. The Indian subcontinent was divided on religious lines in 1947 and Sheikh Mujibur Rahman was perhaps one of the few who later rebelled against it. He opposed the polarisation of society based on religion instead of the cultural coexistence that existed for thousands of years.

Sheikh Mujibur Rahman was born on 17 March 1920 in Tungipara village of Gopalganj sub-division of Faridpur district of East Bengal. As a prodigious young and progressive politician, Bangabandhu rose rapidly through each position, first from General Secretary to Supremo, 1953 – 1966, and then to President of the Awami League from 1966 to 1974. Graduated from Calcutta University in 1947 with a Bachelor of Arts and then started studying at Dhaka University in 1948. The first seeds of Bengali sentiment were sown in his mind when Urdu was imposed as the sole state language of East and West Pakistan after the partition of the country in 1947. During the language movement in February 1952, Bengali blood was spilt on the streets of Dhaka. Finally, the West Pakistanis succumbed to the intensity of this movement and this day was unanimously adopted as the International Mother Language Day at the 30th General Conference of UNESCO in 1999.

The people of the East were being crushed by the autocratic dictatorship of the military junta from West Pakistan. One of the leading earners of foreign exchange was jute which originated in East Bengal and the revenue of that foreign exchange was diverted mainly for the development of Punjab and Karachi during the so-called decade of development. At that time, Bangabandhu proposed six points with the aim of reconciliation between the divided wings. Bangabandhu’s six points shook the socio-economic, political and military foundations of West Pakistan to such an extent that a series of sedition cases were organised in retaliation, known as the Agartala Conspiracy Case. But due to the unprecedented movement of the people, the Pakistani state was finally forced to cancel the case.

In December 1970, a free and fair election was held in Pakistan, a rare and exceptional instance in the history of military rule in Pakistan. Under Bangabandhu’s leadership, Awami League secured the victory by getting the majority of the people. But defeated West Pakistan became an obstacle to democracy and, on 25th March 1971, launched a brutal massacre in Dhaka. Bangabandhu was arrested and sent into exile in West Pakistan as a prisoner.

After a fierce and bloody nine months of fighting, Pakistan surrendered on 16 December 1971, and independent Bangladesh was born. Bangabandhu was later released from captivity, became the Father of the Nation, and assumed the post of Prime Minister. Bangladesh was born in the 20th century through one of the bloodiest wars in the history of the world, and the country was drenched in the blood of millions of innocent people who gave the ultimate sacrifice for their motherland.

On 15 August 1975, the Prime Minister’s family was brutally murdered by some right-wing reactionary army personnel. Bangladesh and the Bengali nation observe the month of August as a month of mourning. Bangabandhu Sheikh Mujibur Rahman, the father of the independent Bengali nation, was killed with his entire family, except Sheikh Hasina and Sheikh Rehana, who were abroad at the time. The assassins were so brutal that they did not spare Bangabandhu’s wife, infant son and pregnant daughter-in-law. The assassins killed Bangabandhu’s wife Begum Fazilatunnessa, three sons, including infant son Russell, two daughters-in-law, Bangabandhu’s brothers, sisters-in-law, nephews and women and children of their families. The 15 August casualty list includes Sheikh Fazlul Haque Mani’s pregnant wife and Abdur Rab Serniabat’s grandson Babu, who was only four years old.

Awami League leader Khandaker Mushtaq was the main culprit behind the assassination of Bangabandhu. Bangabandhu’s assassins were exonerated and rewarded with high posts in diplomatic missions abroad. When General Zia came to power, he abolished the Collaborators Act, stopped the trial of war criminals of 1971, released the war criminals from prison and formed a party with them. It became clear why Bangabandhu was killed. The political reason for Bangabandhu’s assassination became more evident when the constitution’s preamble was changed to a communal constitution on the model of the Pakistani constitution by removing secularism and Bengali nationalism from the constitution of 1972, written in the blood of thirty million martyrs. Without killing Bangabandhu, the trial of the war criminals could not have been stopped, and the sectarianism of the politics and society of Bangladesh would not have been possible. Bangabandhu was killed to erase the liberation war’s spirit from Bangladesh.

The best way to pay tribute to Bangabandhu is to uphold his political ideals and root out the fundamentalist communal evil forces from Bangladesh.