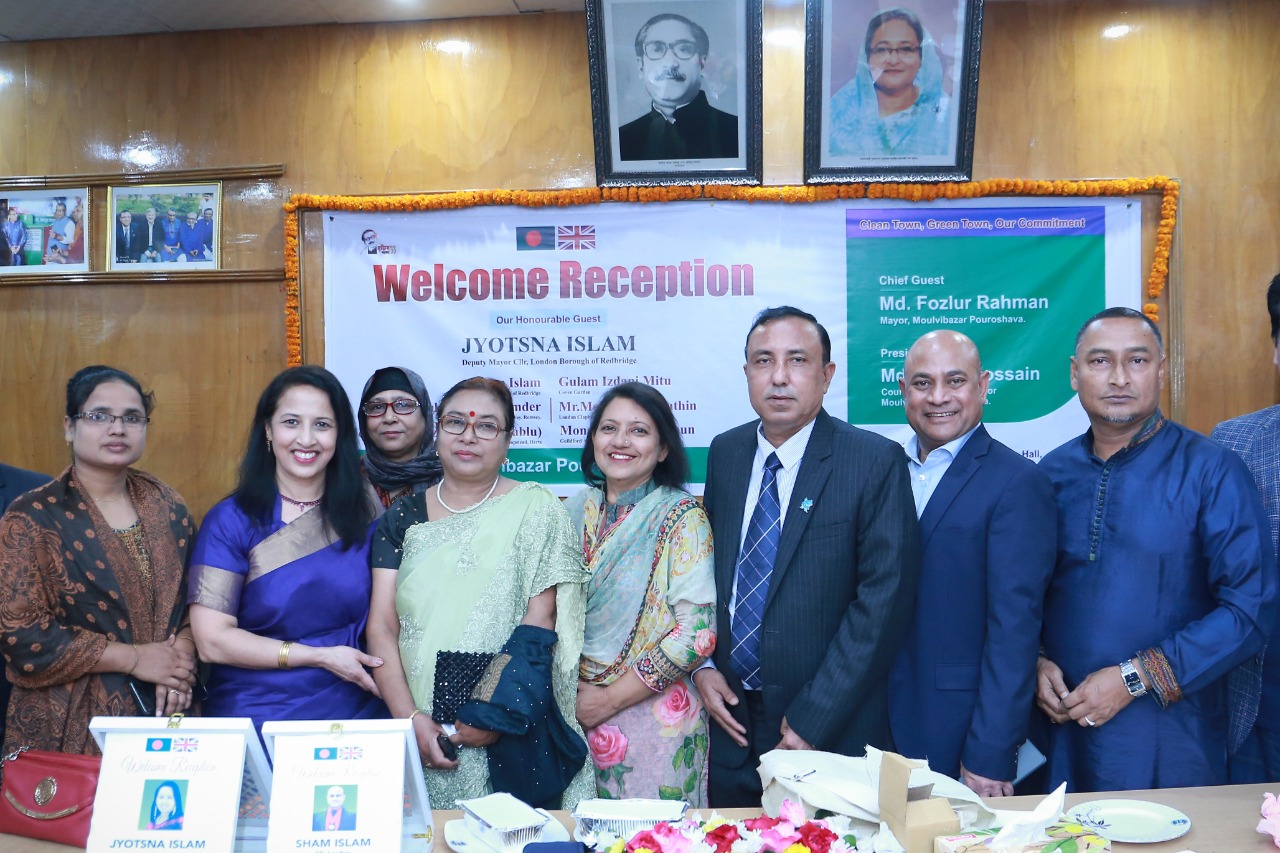 The honourable Mayor of Moulavibazar Municipality always finds how many people from Moulavi Bazar are working for the country outside the country; when they return to the country, he respects them. Someone says, “Good in this,” and someone turns their face. That doesn’t matter at all.

A younger sister of our school in Jyotsna Islam-Moulvibazar City, whose father is a wealthy man in Moulavibazar.

Today we will not talk about the father of moonlight (Jyotsna) but about a girl who spread the moonlight. Born in London but raised in Moulavibazar City, she went back to London even after passing the B.S.C. And like the daughters often wealthy families, she could also marry and spend her days in a family.

Nonetheless, she did not abandon her studies in public service and public administration at the London University of East London; she is now a councillor in the London Borough of Redbridge. The Deputy Mayor today.

Our daughter is our pride. Last evening she was complimented by the municipality of Moulavibazar. Along with that, we also felicitate six other expatriate brothers—one of them is a moon-worthy husband, Cllr. Sham Islam.

I believe that Jyotsna Islam would not have become Deputy Mayor without the inspiration and support of Mr. Islam. When her father or husband extends a helping hand, the girl goes forward. So let’s move to the municipal boardroom tomorrow evening. After 37 years, moonlight returned to the country, but I didn’t remember it in the message from their friends.

Some of his classmates are teachers, some are bankers, and some are college professors or politicians. The program turned into a gathering of countless friends. It adds more spice to it-many beautiful speeches from our guests. Finally, it is not a reception ceremony and has become a coffee house chat. Yesterday evening was a beautiful environment with the pure joy of people of different ages.