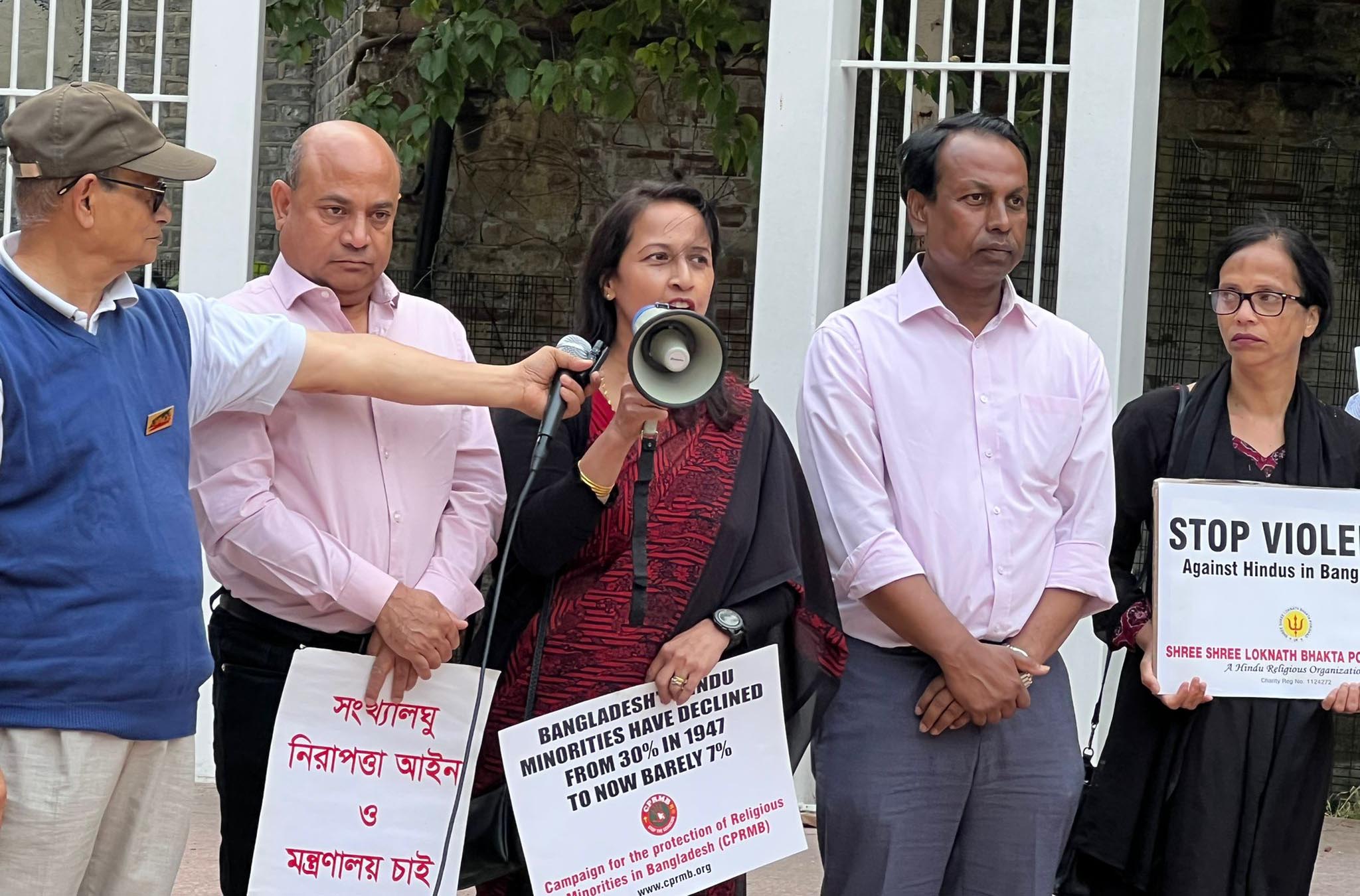 Many sociocultural and human rights organisations organised a human chain and protest rally in London to protest coordinated attacks on the Hindu community and insulting of teachers in Jessore and Narail. However, several speakers spoke about issues concerning where it has become a culture of human nature by loss of morality and moral values plus ill-motivation with a political agenda. Where they keep doing activities against the nation and its people by using innocent people, attacks on minorities and disadvantaged people within the society, trying to destroy much developmental work and work toward improving economy the image of the government and also urge the government must start to think about reforming the law to take action against culprits under the special tribunal.
However, the government must look into education textbook teaching children morality which is slowly destroying human nature. Mr Gous Sultan said that the collaborative group wants to exterminate Hindus from Bangladesh due to these attacks happening in different parts of the country. One of the reasons for this is the lack of justice and religious politics. Speakers demanded a ban on religious-based politics and reform minority ministries and laws for the country’s minority community.
Additionally, many speakers discuss the culture of human nature by loss of morality and moral values as well as ill-motivated political activities using citizens to undermine much development work and work to improve the government’s reputation. They also urge the government to begin thinking about law reform so that offenders can be brought before the special tribunal, and education textbooks teach children morality issues that are slowly destroying. According to Gous Sultan, the collaborative organisation seeks to eradicate Hindus from Bangladesh due to these assaults. He asked that a special tribunal is held a trial for such assaults within five weeks.
JASOD President, senior journalist Harunur Rashid, cultural and human rights activist Mujibul Haque Moni, writer Maynur Rahman Babul, journalist Bulbul Hasan and Sushant Das, M.A. Aziz, and Rafiqul Hasan Khan Jinnah, among others.

1 thought on “Many community & cultural organisations in London protested against the coordinated attacks on Hindu communities in Jessore and Narail and the humiliation of teachers.”