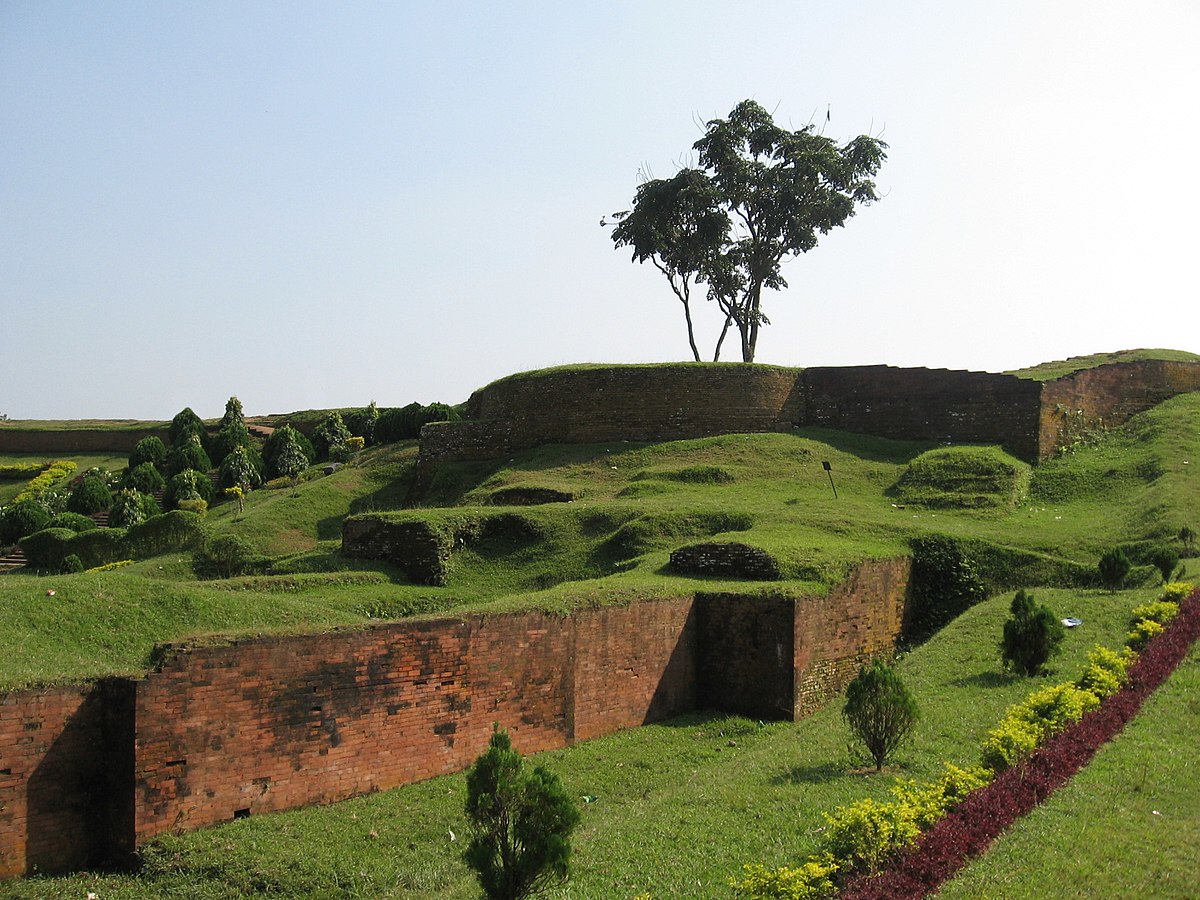 Mahasthangarh is one of the ancient antiquities of Bangladesh. Formerly it was called Pundravardhana or Pundranagar. At one time Mahasthangarh was the capital of Bengal. In 2016, it was declared as the cultural capital of SAARC. It is located in Shibganj upazila of Bogra district. Mahasthan Garh is located on the west bank of the river Karatoya, about 13 km north of Bogra city.

This average was unprotected when Lakshman Sen (1062-1125), the last king of the Sen dynasty, was king of Gaur. The king of Mahasthan was Nol who had a quarrel with his brother Neel. At that time a cursed Brahmin from a place called Srikshetra in the Deccan of India came here to atone for his sins. Because he was cursed for killing his mother with an ax. He later ended the feud between the two brothers and became king. The name of this Brahmin was Rama. In history he is known as Parashuram. It is said that Hazrat Shah Sultan Mahmud Balkhi (R 🙂 fought with Parashuram, a saint with more spiritual power than Fakir. (1205-1220) Parashuram was defeated and killed in the battle.

There is a historic shrine just west of the Mahasthangarh bus stand. This ancient mausoleum was built around Pirzada Hazrat Shah Sultan Mahmud Balkhi. It is said that he came to Barind land on the back of a fish. That is why he is called Mahi Sawar. According to a popular story, a Muslim named Hazrat Mir Borhan lived here. King Parshuram ordered his sacrifice for the crime of sacrificing a cow by swearing a son, and the Mahi rider arrived on the back of a fish to help him.

In the western part of Garh, there are historical Kalidah Sagar and Padma Devi residences. Adjacent to the Kalidah Sea is an earthen fort called the historical average Jaripa. In the ancient Kalidah Sea, the Rarunni bath of the Hindus is held in March every year.

After bathing, the devotees perform Ganga Puja and Sankirtan at Sagarpara.

To the east of the average is the ‘Shiladebi Ghat’ on the banks of the river Karatoya. Shiladevi was Parshuram’s sister. Hindus bathe here every year and a one-day fair is held here.

To the west of Shiladevi Ghat in Mahasthan Garh is a large well called Jiutkund. It is said that by drinking the water of this well, the wounded soldiers of Parashuram would get well. Although no historical basis has been found for it.

Excavations at Mahasthan Garh have unearthed statues of many deities, including various items from the Maurya, Gupta, Pala and Sen eras, which are preserved in a museum north of Garh. Apart from Mahasthan Garh, archeological specimens of various other places are preserved here.

About 2 km southwest of Mahasthangarh bus stand is a Buddhist pillar which is believed to have been built by Emperor Ashoka. The height of the pillar is about 45 feet.

Govinda Vita is located right in front of the Mahasthangarh Museum. Govinda Vita is an excavated archeological site. The word Govinda Vita means the abode of Govinda (Hindu deity) i.e. Vishnu. But no trace of Vaishnava religion was found in this place.

Vasu Bihar is one of the ancient monuments of Bangladesh. The locals know it as the step of Narpati. It is believed that it is the ruins of a Sangharam. As a result of the excavations, bronze statues, terracotta plaques and other valuable archeological objects have been discovered there.

In 189, Sir Alexander Cunningham identified the ruins of an ancient building measuring 600,600 feet on the banks of the Nagar River, which flows past the village, as the famous and historic Vasu Bihar, described by Hiuen Tsang.

One of the two Buddhist monasteries, built in the tenth century, is large and the other small. The big one is on the north side and the small one is on the south side.

Large Vihara on the north side: A fort-like structure of 164 feet or 161 feet in size, 31 rooms were built using the 6-and-a-half feet thick wall of the long south-facing Bihar to the east-west as the back wall. The front walls of houses of 11 or 10 feet size were 6 and a half feet thick. The overall structure of the monastery, including the verandah and the inner entrance hall and two guard rooms, is close to the small monastery on the west side.

The relatively small western monastery is located 75 feet south-west of the big monastery. Built of mud bricks, the monastery was 282 rooms, 162 feet long in the north and 152 feet wide in the south. There were 5 rooms on the east side and 6 rooms on the other three sides. There was an entrance hall to this monastery facing east. The pillar hall was 24 or 19 feet in size.

The front walls of these rooms were 6 and a half feet thick, using the 8 and a half feet thick Bihar wall as the back wall. The rooms were attached to a three-and-a-half-foot-thick verandah and an eight-and-a-half-foot-wide verandah. In the center of Bihar was a square court about 72 or 60 feet in size. There is also a hint of a stairway to the roof of the monastery. A five-step staircase descends from the west-facing porch to the central courtyard.

The carvings on the outer walls of this monastery were excellent. The curved brick cornice of the wall is a testament to the advanced art of its builders. There was no central temple in this monastery either.