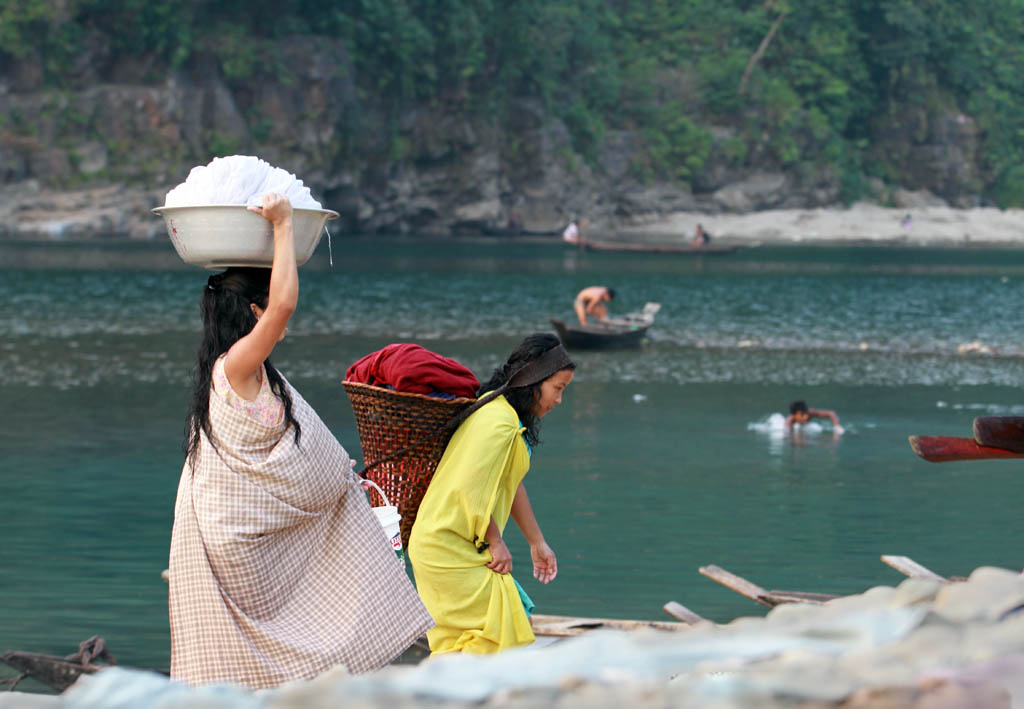 Sylhet is a unique creation of nature and the religious sanctuary of Bangladesh. People of different languages ​​and cultures live amicably. As a result, the region has a rich cultural environment with many languages ​​and diversity.
However, the Khasia community is one of the few indigenous groups living in the Sylhet district. The Khasis are a community in the Indian subcontinent, most of whom live in the northeastern Indian state of Meghalaya. They also have settlements in neighbouring Assam and different parts of Bangladesh.

In Bangladesh, Khasias live mainly in Jaintapur, Kanaighat and Gowainghat Upazilas of Sylhet. Besides, they live in Kamalganj, Srimangal and Kulaura Upazilas of Moulvibazar and Sunamganj districts. According to various sources, Khasias are one of the 45 tribes of Bangladesh. Although ethnically Mongolian, they belong to the Khmer tribe of Cambodia. At present, the Khasia community has almost deviated from the original characteristics of the indigenous people.
Instead of the traditional Khasia dress style, Sa and Fong, they are now getting used to pants, shirts, and court. In addition, there has been a change in the diet. Instead of pangs, the Khasias now have their own food, tea, and biscuits.
Many people think that the current modernity and the spread of knowledge of technology is the reason. But, again, many feel that their conversion to Christianity greatly influenced the European way of life. The only source of income for the family is Zum’s Khasi.

The marketing process starts every afternoon after the workers collect the betel leaves from the zoom and bring them home. The main market for Khasia drink is in the lower reaches of Bangladesh. Apart from this, it is appreciated in the country and abroad.
Another attraction of Jaflong, the daughter of nature in Sylhet, is Khasia Palli. The Khasia village is situated on a plain beside the river Piain. The houses are built a little higher than the ground. But, first, you have to cross the river by boat. On the way, you can see things like tea gardens on the plains and betel tree cultivation.
In Khasiapalli there is Khasia Rajbari, church, a school. Khasia girls are the head of the family and inheritors of property. The main livelihood is farming.

Doublechhara is a remote area on the border of Tripura, India. Although the place is named after a hill rhyme originating from Tripura, it divides the Shamshernagar and Alinagar Unions of Kamalganj Upazila of the Moulvibazar district.

Khasiapalli Doublechhara falls under Alinagar Union, and the Doublechhara Tea Garden area on the other side of Chhara falls in Shamshernagar Union.
If you want to go to Doublechhara Tea Garden and Khasiapalli, you must cross the hilly and low 12 km road. But on the way, the natural lake of Shamshernagar Tea Garden, a huge playground and Camellia Duncan Foundation Hospital captivated the minds and eyes of any tourist.
Rows of high and low tea trees, like carpets or beds, invite tourists to take a nap and rest on them. It is a no-man’s area on the Tripura border, going a little further. The amazing beauty of nature obscures Doublechhara Khasiapalli.

The Khasia people live in houses on a hillock about 250 feet above the plains. Under the control of one headman or minister, 40 Khasia families live in Doublechhara. Despite living in such a high and inaccessible hilly area, the Khasia family members have kept their homes and the entire village clean and tidy. The firewood stored throughout the year is beautifully arranged in front of each Khasia house. And they have set these woods so that it is like an artistic work.
The costumes of the Khasias are usually three large pieces of cloth of different colours. Khasia girls and women cover themselves with this covering. Men wear conventional clothing.

The walls of the headman’s or minister’s bungalow in Doublechhara Khasiapalli are 250 feet tall and paved with tin rice. It is organised so that it cannot be comprehended unless seen. Tourists from any nation region, including Dhaka, Chittagong, and Sylhet, can rent a car and travel to Doublechhara from Moulvibazar district headquarters, Srimangal, or Shamsernagar. However, hiring local four-wheel-drive jeeps is the most comfortable aspect of a double-decker excursion.

If you visit the remote Niralapunji, 22 km southwest of Srimangal, the capital of Chai, you will see a strawberry orchard. Unfortunately, the transportation system there is very fragile.
The road to Niralapunji is not easy at all. Many people do not want to come to this solitary capital after crossing such an inaccessible path. Again, most travellers do not know the name of this solitude. The concerned department is working on electricity.
You can’t understand the beauty of Niralapunji if you don’t go there. These capitals are usually formed on hilly hills far from the locality.

The Khasia’s living in the capital have a capital. He is called a minister. The main source of income of Khasias is Khasia Pan-Supari. Apart from this, they are also doing other farming and animal husbandry.
The number of Khasia capital in Moulvibazar district is more or less 55. One and a half thousand Khasia families live in this capital. This community has 72 capitals in greater Sylhet. Most of them live in the Jaflong area.

At present, Jaflong has four capitals. Jainta has two more capitals. An average of 50 families live in each capital.
From music and poetry to dance, drama, and storytelling, all branches of art and literature are rich in their own culture. Rich in folklore, mythology, and tantra-mantra khasia culture.
According to ethnographic sources, the Khasias migrated from Assam to Sylhet about 600 to 700 years ago. Apart from Sylhet, Moulvibazar and Habiganj, the Khasias live in Tahirpur upazila of Sunamganj.
According to some anthropologists, some parts of the Netrokona district are inhabited by the language-speaking tribes of Khasia’s. Unfortunately, they are a lot neglected.
The Khasia’s are a matriarchal community. For this reason, girls have special respect and dignity in Khasia society. Women control everything in their families.

The women married the bride and brought the groom home. And they live in their own house with their parents, husband and children. In a matriarchal society, the Khasias do not own any male property. Women own all the wealth. However, even if the wife of the family is highly valued, the husband and wife and family members live together so that it is safe to say that there is no family quarrel.
The youngest daughter of the family has more predominance in wealth. Their lineage is identified with the mother’s lineage.
According to the investigation, the Khasia tribes are divided into six clans. The tribes are Lendu, Singte, Lingam, Panar, Bhui and Bar. People of six tribes live in the same capital under the minister.
Khasias cannot marry within their own tribe. You must marry outside of your tribe. Culture unique to the Khasias. They treasure dance music much.
Everyone gets together in various dance songs. Especially at Christmas. Indigenous Khasi community’s traditional festivals, New Year’s farewell and New Year’s celebrations.

In their traditional culture and culture, the people say goodbye to the old days with laughter and joy and call for the new ones.
Since the British rule, the Khasias have celebrated “Khasi Seng Kutsam” on 23rd November, the Khasi New Year. Khasi New Year (Snam Thaimi) starts on 24th November. During their life struggles, the forest dwellers themselves sometimes bring special festive occasions.
Khasias were once nature-worshipers. Now, most of them are Christians through Christian missionaries. Their children are now studying in missionary schools.
Due to geographical, commercial, educational and administrative reasons, many Bengali words have entered the Khasi language in unaltered or partially modified forms. It is still going on. Like other languages, the Khasi language region also has some regional languages.
Judging by the region, the Khasi language is divided into four main language regions. These are War (the Khasi language of the Kulaura region), Plurr (the language of the people of Jaintia in Meghalaya and Sylhet, India), Amjlong ​​(the Khasi language prevalent in Moulvibazar) and Nangua (the Khasi language prevalent in Sunamganj).
The Khasia community needs to preserve its own culture and language. But unfortunately, this aspect of culture has been lost in the evolution of time.
Many small communities are already lost from our maps. Those that still survive need to be protected. In addition, the government needs to focus on improving the living standards of this ethnic group.