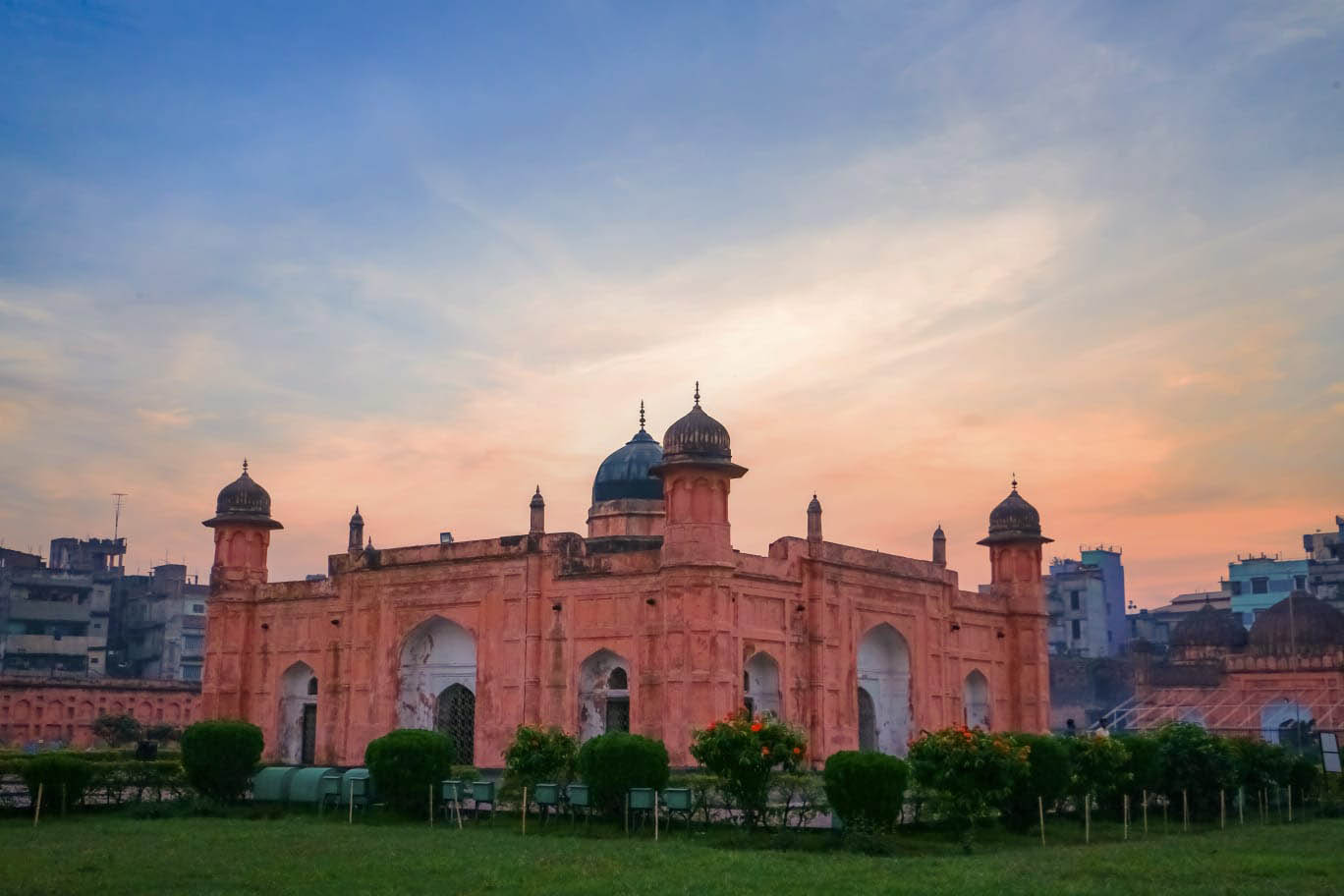 In Bangladesh, Lalbagh Fort is a principal attractive historical tourist place. Lalbagh Fort is an important tourist destination as a historical monument of Bengal during the Mughal period. At first, it was built as a fort, but later it became a memorial to the mausoleum.

The history of Lalbagh fort is quite diverse. Azam Shah, the Mughal prince who was the subedar of Bengal at that time, started the construction of this fort in 1678 AD. Azam Shah was the third son of the then emperor Aurangzeb, who became the next emperor.

Subadar Azam Shah started the fort’s construction in honour of his father, Aurangzeb. Hence, it is called “Kella Aurangabad”. Prince Azam Shah started the construction work, but he could not complete the construction work thoroughly. Because before him, he had to go to Delhi to suppress the Maratha rebellion. Among the structures located in the fort, the mosque and the court hall were built between them. After Prince Azam Shah left for Delhi, his father-in-law Shaista Khan was re-appointed Subedar of Bengal.

On the death of his daughter, Shaista Khan considered the fort a disaster and stopped the construction work unfinished. Later this fort establishment came to be known as Lalbagh Fort.

Lalbagh Fort is located on the river Buriganga at Lalbagh in Old Dhaka. It is understood that this fort later came to be known as Lalbagh.

The central infrastructure of Lalbagh fort

2. Darbar Hall, which was known as Dewan-i-Am and had a hammam inside it

A deep tunnel at Lalbagh fort has also been accessed from the other side of the Buriganga. There is also a pond in this area. There is also a garden. There were several other infrastructures, according to archaeologists.

The largest of the main structures of Lalbagh Fort is the tomb of Pari Bibi. Paribibi was the daughter of Shaista Khan on the one hand and the wife of Prince Azam Shah on the other.

Note that on 3rd May 1668th, the pori  Bibi was married to Prince Azam.

Pari Bibi was buried here after her death in 1684, and a tomb was built over her grave. That is how this quadrangular shape is constructed. After the death of the fairy Bibi, Shaista Khan left this fort unfinished as a tomb for his daughter rather than as a fort. This mausoleum is the most beautiful and largest structure in Lalbagh Fort today.

Dewan-i-Am is the Durbar Hall, originally used as an administrative building. This building was built during the reign of Prince Azam Shah. Inside this building is a hammam.

The royal mosque inside the fort was also built, while Prince Azam Shah was the subedar of Bengal. The mosque is still open for public prayers, and congregational prayers are held regularly.

The mystery of the tunnel of Lalbagh fort

There are numerous urban legends surrounding the tunnel inside the Lalbagh fort. This tunnel is said to connect to the other side of the Buriganga. There are multiple tunnels here. One of them is exceptionally frightening. When a person enters that tunnel, he never returns. The rope was returned after being tied around the necks of two dogs and released through this tunnel, but the two dogs did not return. People who work at Lalbagh Fort claim that these statements are false. They’re just a bunch of nonsense ideas.

There are several tunnel mouths here, but these tunnels were originally built to allow soldiers to cross the Buriganga river by boat and escape if they were defeated in battle. The tunnel is grilled and locked, preventing visitors from entering the fort. On the other hand, this tunnel has piqued the visitors’ interest.

Everything you need to know before visiting Lalbagh Fort

The hours are slightly different; Lalbagh Fort is open from 3 pm to 6 pm. You are also not permitted to bring a camera tripod, stand, or even a selfie stick for security reasons. So the camera is the only thing that can be obtained.

However, photographing inside the Lalbagh fort’s museum is prohibited. The simplest way to get to Lalbagh fort is to take a bus to Azimpur and rent a rickshaw for 30-40 taka to Lalbagh.

Admission costs Tk 20 per person for Bangladeshi visitors. An entrance ticket costs 200 takas per person for foreign visitors. However, if there is a child under five, no access is required. There is a ticket counter in front of the main entrance gate to Lalbagh Fort. Security is checked before entering, and any not permitted items are placed there.