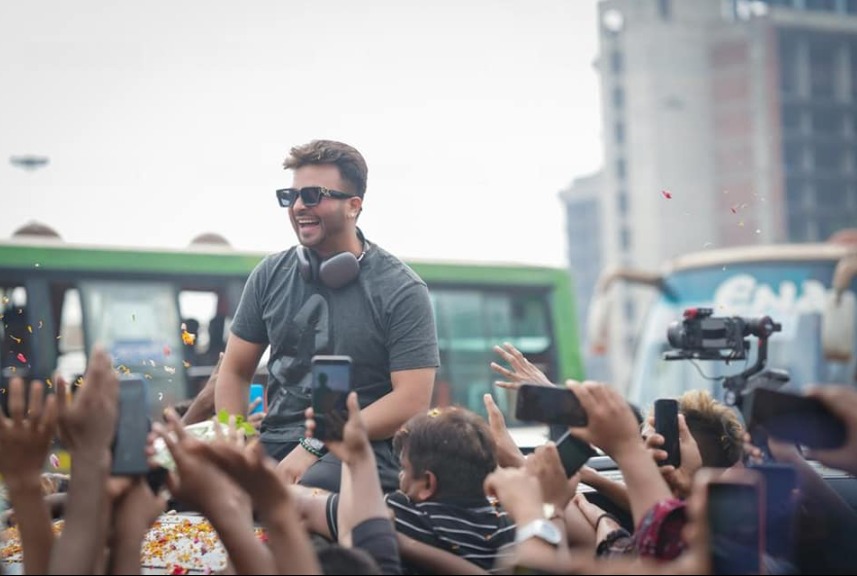 Dhallywood superstar Shakib Khan said that he has been working to establish Bangladeshi commercial films in the global market during his nine-month stay in the USA.

He made this comment while talking to reporters at the capital’s Hazrat Shahjalal International Airport after returning to Bangladesh on August 17.

A large number of fans and admirers flocked to the airport, hoping to catch a glimpse of their favourite actor, who flew to the USA in November 2021.

‘I am excited to be able to return to Bangladesh after nine months. During my return journey, I constantly asked the flight attendant when the plane would land. I have been overwhelmed by the response I have received at the airport,’ said Sakib Khan, who added that he has been working to establish Bangladeshi commercial films in the global film market.

‘Language is not a huge barrier when it comes to commercial films. We know that Korean and Tamil films have amassed a huge fan base around the world,’ said Shakib Khan, adding, ‘When I was abroad, I organised muhurat programme of a film titled Rajkumar in the USA. The film will feature American artistes and crew. I aim to establish our local commercial films.’

The actor said that the local film industry is gradually coming back, and he wants to give good news to fans.

‘Film industries across the globe were hit hard by the Covid-19 crisis. However, film industries in different countries are gradually returning, and our local film industry is no different. We are currently working on the pre-production of Rajkumar. Besides, I am looking forward to giving more good news to my fans soon,’ he ended.