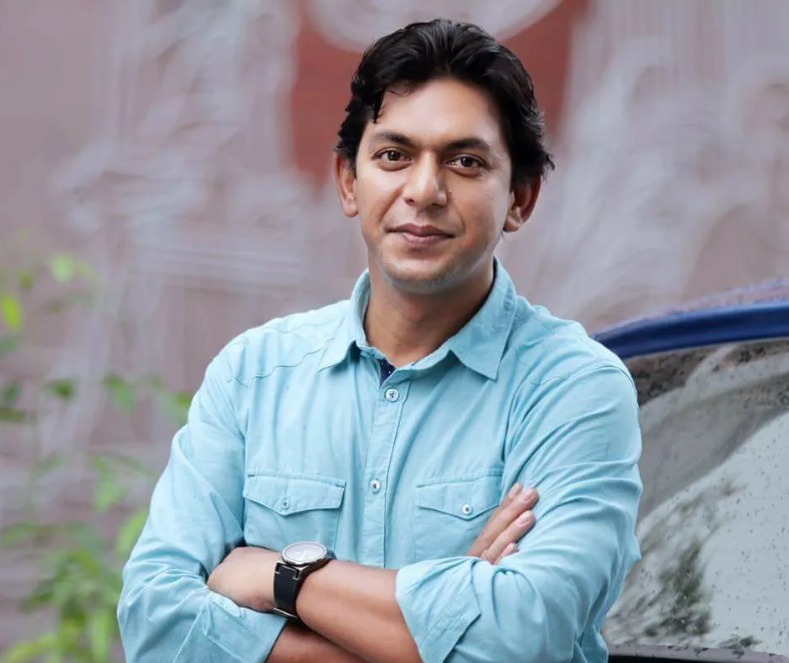 People on the deck of a deep-sea fishing trawler had looks of curiosity, fear, and mystery on their faces. “On which ship are you?” As the torch was lit, Chanchal Chowdhury asked. Just be honest. “The mystery is spread by the girl who doesn’t care.” On June 6, the happy actor Chanchal Chowdhury posted the trailer for the movie “Hawa” on social media with the message, “I want to show you the surprise of Bangladeshi cinema once again.”

“Hawa” will take Bangladeshi cinema one step further on the world map, “he said.

People in the audience and fans have said things like, “Chanchal Chowdhury means a different character,” “Chanchal means a perfect performance,” and “New look, new smile.” This shows how much people love his acting since they wait for his characters in movies and TV shows. How many people, in real life, can change from one character to another? Their number is not very big. Chanchal is such a good actor that he can easily play any role. The beautiful, tender love of the golden fairy in “Monpura” led to a heartbreaking ending that left a wound in the minds of the people who watched it. He’s once more turned into a great person like Sharafat Karim Aina. Again, “Devi” gives Missy Ali a new trait that makes her stand out.

Besides, he has won the hearts of everyone by acting in movies like ‘Manner Manush’ or ‘Television’. I have probably never seen such a change in Bengali films from character to character. His acting style, work ethic and on-screen presentation set him apart.

Whether acting on the small or big screen, modeling or acting on the web, he has won the audience’s admiration. It isn’t easy to blend in with the character and make it believable to the audience through acting. That is why Chanchal Chowdhury had a question, how do you do challenging work so easily? “I try to integrate myself with the character while acting. Sometimes I get lost in it. The experience of coming back to real life from that dilemma was different. Parai is acting. The work is challenging. Challenging is an exciting journey through the world of acting through various characters. The audience is fascinated when they don’t find the person Chanchal Chowdhury. For example, take the character of Missy Ali. There were attempts.

Misir Ali, the time-honoured character in Humayun Ahmed’s novel, captures the reader’s imagination. So it was not easy for me to become credible to the audience as Missy Ali. First, I must explain myself; I am Missy Ali. I had to forget while standing in front of the camera. The ‘goddess’ has had to make many attempts before and after to make the character believable to her. “

Chanchal Chowdhury starts “Paap Punya,” which has just been released. Ghiyasuddin Selim played the part of Khorshed Chairman in this movie. The movie is now being shown in theatres across the country and around the world.

Mancha, the favourite face of television, has broken himself many times while playing various roles in dramatic dramas and television movies. His name is associated with famous and commercially successful films. This talented actor, fluent in acting through all means, has spent more than two decades in his acting career. Many call him a long racehorse.

Chanchal Chowdhury means something new, so viewers turn to him for news of his new film. In this context, he said, “Usually, I act in a new film after two to three years. My acting ‘Paappunya’ has not been released for a long time. Again, ‘Hawa’ is waiting to be released. After the release of ‘Hawa’, I will think about acting in a new film.”

The actor has also proved his success through ‘Over the Top’ [OTT]. He has also responded by playing the title role in the web series ‘Taqdir’. Moreover, Munshiana has acted in the ‘Boli’ series. That is why Chanchal Chowdhury is a favourite actor in the country and among the Indian audience.