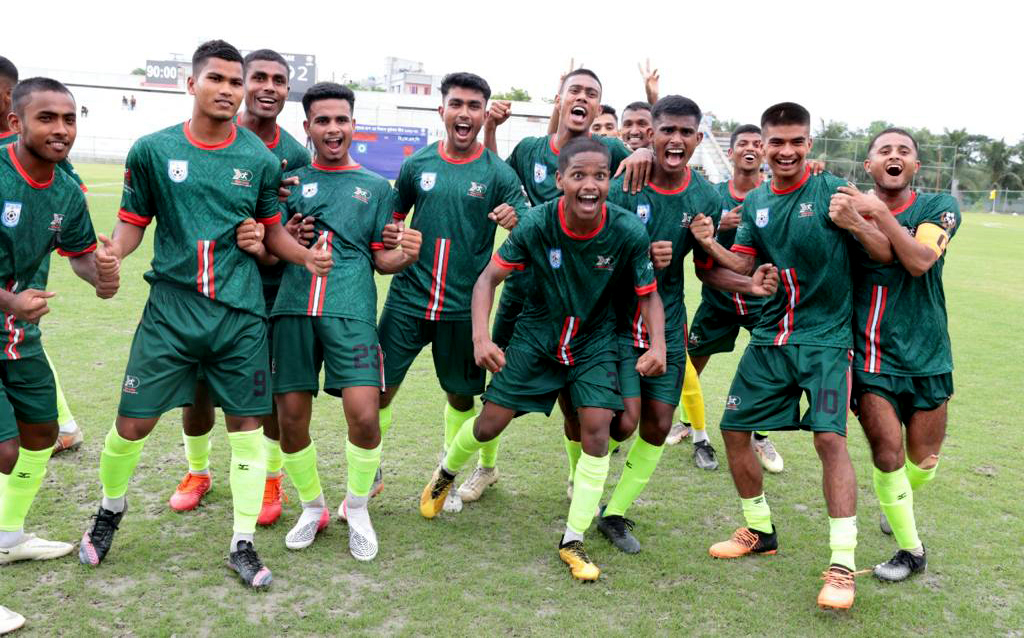 Bangladesh Football Federation completed the inaugural season of the BFF U-18 Football League last Monday, where more than 200 budding footballers got a new platform to showcase their talent on a competitive stage.

The BFF U-18 Football League is the top tier of the Bangladeshi football league system for under 18 players, where the youth teams of Bangladesh Premier League clubs compete in.

Sheikh Jamal DC clinched the title after posting seven wins, one draw and just one loss in nine games. But there is a loophole in their success story. Instead of carrying out arduous open trials to find players, they opted to rent in the services of one of the most renowned football academies in the country to play on behalf of the team.

The Dhanmondi Club fielded the youth team of Jashore’s Shams Ul Huda Football Academy and even roped in the academy’s coach ahead of the league. By doing that, they had already gained the upper hand as the players from the academy, unlike the players roped in through open trials in other clubs, were well-drilled in a footballing, professional environment that provided them with proper facilities and had been playing together for about two years. Quite expectedly, they used that quality and experience to become champions.

“The players have been together for nearly two years, training two sessions a day by availing modern facilities at the academy in Jashore. As a result, they have been improving daily and have a good understanding of each other,” said Sheikh Jamal’s U-18 team coach Kazi Maruf Hossain.

Sheikh Jamal’s triumph, or to be more specific, Shams Ul Huda Football Academy’s success, has shown that if clubs take the initiative of facilitating round-the-year youth teams into their club structure, then favourable outcomes for youth football will follow, not only for the clubs but also for Bangladesh football in a broader perspective. Despite the glimpses of talent and potential seen amongst some, the league wasn’t allowed to maximise their potential owing to a lack of training and preparation for th