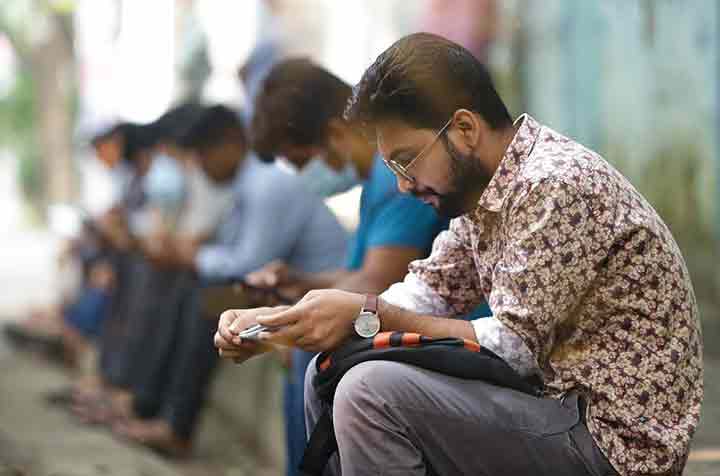 The OECD published on 8 June 2021 that the unemployment rate increased marginally in April 2021 in the OECD area, to 6.6%, which is 1.3 percentage points above the pre-pandemic rate observed in February 2020.

What are the reasons for high unemployment in Bangladesh?

Lack of capital: It is a little bit debatable about theper capita income. Based on ‘International Monetary Fund World Economic Outlook,’ The international ‘Statistics Times’ reported on 25 May 2021 that the per capita income of Bangladesh was $2,122 when it was $131,782 for Luxembourg (the highest). The Dhaka Tribune reported on 10 September 2021, “The per capita income of Bangladesh has now increased to $2,227, which is equivalent to Tk1,88,873, Planning Minister MA Mannan revealed on Monday.” Bangladeshi people have small savings because of lower per capita income. So, capital formation is not possible here, or only a small capital can be formed here. Lack of capital means no investment and employment.

Lack of technical education: Skilled labours are a basic need in all industries. Most of the Bangladeshi workers don’t have enough knowledge about the latest technology and skill. There is a skill gap in Bangladesh that will widen in future if the existing education system is not changed. According to the demand of national and global, the curriculum is not perfect based on modern technology. The education system of Bangladesh is still too rigid and theoretical and, in many cases, failing to meet the demands of the recruitment sector with the lack of technical knowledge. Often it is seen that graduates do not have the necessary know-how needed for their jobs.

Curriculum Gap:Around 85,000 foreigners legally work in Bangladesh, mostly in the export-oriented readymade garment (RMG) sector. But, industry insiders say, the number is much higher as many works without a valid work permit, and they remit the money through illegal channels. The curriculum of Bangladeshi education is not capable of covering this demand of industries. On the other hand, many populations work as labour in different countries, especially in the Middle East. Around 2 million Bangladeshi migrants are currently employed in Saudi Arabia. Most of them are totally unskilled and unable to contact their authorities for lack of communication knowledge. So, they are working there under leading peoples of Indian, Sri Lankan, and so on. For these reasons, they are getting pay less than other countries workers.

Agriculture dependency: About 50 per cent of the population are employed in the agriculture sector, and about 70 per cent of people overall depend on agriculture for their livelihood in Bangladesh. The seasonal unemployment problem occurs in agriculture. Furthermore, floods, cyclones, earthquakes and droughts are all common in Bangladesh, causing devastating upheaval to people’s lives who depend on agriculture. Climate change also making that more challenging. Every year many people get unemployed because of natural disasters such as river erosion, flood, cyclone, etc.

Corruption: Corruption is one of the significant problems of unemployment. Bangladesh has slipped two places in the Global Corruption Perception Index 2020 released by Transparency International (TI) and is ahead only of Afghanistan in tackling graft among its South Asian neighbours. The country is positioned at 146 among 180 countries in the latest rankings. Foreign investors feel disappointed because of corruption.

With the above reason, there are some other reasons which enhance the unemployment problem. Those are-

Recommendation to solve the problem: Though Bangladesh is an overpopulated country, it is not the densest country globally. The density of Singapore is almost seven times that of Bangladesh. So, it is more important to use the people properly. The government needs to make humans human resources.Long-term and short-term policies should be implementedto make humans human resources. The most important thing is that it should be kept in mind that investment in education is not an expenditure. It’s the best investment for a nation in the world. So, there is no other alternative to increase the national budget for education, which should be a minimum of 7% of the national budget according to the guidance of international organizations. The educational system should be radical changes. The higher study should be restricted only for research-based.

Furthermore, a technologically based curriculum should be implemented for the national and global needed.Moreover, a country cannot improve its economy and unemployment crisis without industry-based development. So, it is essential to have a long-term policy for industrial improvement instead of only agricultural dependency. Even vast research should be encouraged for agriculture and agricultural equipment.Furthermore, digitalization may be a tool to control corruption. Also, highly punishments are essential for any type of corruption. The existing rules should be changed and appropriately utilized to prevent corruption. Properly policy adoption is the most crucial fact for any kind of solution to any problem. So, the political leaders and the nation’s authority should engage the experts for the respective purpose of the job without any kind of biased. Also, it should be allowed more budge for experts to research for correct decisions.