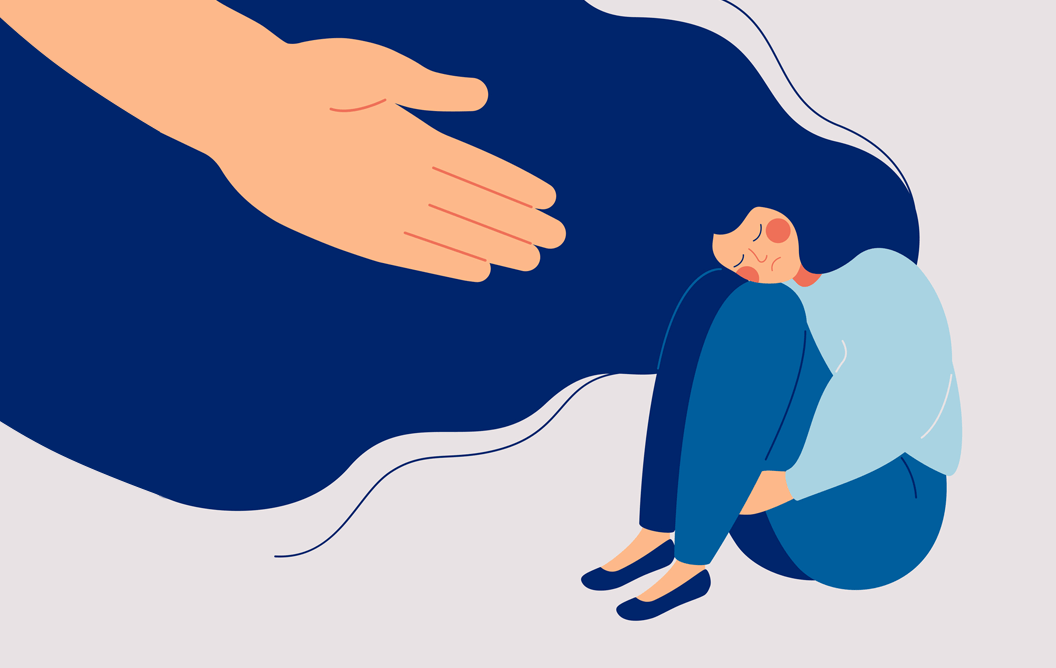 Suicide occurs more frequently in older people than in younger people, but it remains one of the leading causes of death in late childhood and adolescence worldwide. This results in the loss of many young lives, but it also has disruptive psychosocial and socioeconomic consequences.

Suicide among young people is a major issue in public mental health. As a result, we require a thorough understanding of the risk factors that contribute to suicidal behaviour in adolescents. This mini-review provides a concise overview of the most critical risk factors for late-school-age children and adolescents, as determined by scientific research in this field.

Mental diseases, past suicide attempts, specific personality characteristics, genetic loading, and familial processes, combined with triggering psychosocial stresses, exposure to inspiring models, and the availability of means of suicide, were revealed to be key risk factors. Therefore, further investigation and understanding of the intricate interplay of these elements are critical for creating effective juvenile suicide prevention strategy plans.

“I was lost in contemplation as I sat on the floor in a poorly lighted room. I had shut myself off from the rest of the world. My intellect has been obliterated by negativity. In life, I had no passion, hope, or ambition. I felt like I was in a maze. Rejection, bullying, and betrayal have tormented me throughout my life.

I had depression and bipolar disorder at the time. I believed that the only way to be free was to end my life. I went into my mother’s room, embraced her tightly, told her I needed to relax, and took many sleeping pills. I was hurried to the hospital and resuscitated. Initially, I was resentful of my family for rescuing me.

However, the day of reckoning arrived quickly. It dawned on me that I was alive for a reason, even after attempting suicide. I decided to reassemble the parts and begin over. In my most profound tragedies, therapy and meditation helped me find my greatest strength. It wasn’t anything that happened all of a sudden.

It took four years for me to figure out who I was on the inside. Then, I began eliminating all of the negative memories one by one. I realised I was a powerful individual. It provided a great deal of comfort and pleasure. I am pleased now,”.- explained Sultana.

It was Suhmis’s birthday two days ago. I miss her terribly. Sushmi is the only love of my life. On my way to coaching courses, I noticed her. The sunlight brightened up her innocent face as she wore a blue salwar-kameez. I was amazed by her and realised what it meant to fall in love at first sight. We started communicating and became inseparable very quickly. But we had no idea that our love would be complicated.

I am Christian & Sushmi is Hindu.  When her family found out about our connection, they were furious, and we were compelled to flee to Chittagong. We were married by the Love Commandos, a vigilante organisation favouring inter-caste and inter-religious weddings.We were in such a good mood together. We believed the worst had passed, but our horror had only just begun. Her relatives had deceived us. They annihilated our planet. They contacted her and informed her that they were willing to welcome us. She went to see them in October of last year and never returned.

I learned that they were attempting to remarry her forcefully. Finally, I couldn’t take it any longer and tried to commit suicide by hanging myself. I owe my mum a debt of gratitude for saving my life. “- said George.

Suicide is a prevalent cause of natural death in Bangladesh and a long-standing social concern. Bangladeshi persons account for 2.06 percent of all suicide deaths globally each year. Increasing fights with a family member, academic failure (important test or course), engagement breakup, increased arguments with spouse, sexual harassment, extramarital affair, debt, adulterousmarital relationship, and a spouse’s death are some the big life events.

In comparison to the controls, the patients had more significant relationship problems with their spouses, which was statistically significant.

Extrapolation of respondents’ perspectives on the determining factor in suicides found that 57% of the occurrences are connected to sexual concerns such as an extramarital affair, premarital affair, sexual harassment, family dissension, and spousal discord, rejection of a love connection, and coerced marriage.

According to the World Health Organization, 21,523 persons in Bangladesh committed suicide in 2019. According to Dhaka’s Shaheed Suhrawardy Medical College Hospital research, over 6,500,000 Bangladeshis are at risk of suicide.

In Bangladesh, 128.08 people per 100,000 commit suicide each year. Suicide is a common cause of natural death in Bangladesh and has long been a source of social concern. Every year, Bangladeshis account for 2.06% of all suicide deaths worldwide. Between the ages of 12 and 16, up to 10% of boys and 20% of girls considered suicide.

The American Association of Psychiatrists presented the findings of a study of 1,744 teenagers and young people aged 10 to 24 years during an information-dissemination session at the National Institute of Mental Health and Hospital.

According to speakers, it was the first population-based countrywide research of suicide behavior in Bangladesh.

Females exhibited more significant suicide ideation than their male counterparts (2.6% vs. 6.6%). Suicide-related thoughts were also more common among city dwellers than those living in rural regions (8.2 percent vs 3.7 percent ).

Risk factors are qualities that increase the likelihood of someone contemplating, attempting, or dying by suicide. They can’t cause or forecast a suicide attempt, but they should be considered.

Suicide is something that we can all avoid. Understanding the issues around suicide and mental health is critical for participating in suicide prevention, assisting others in distress, and changing the suicide dialogue.

Remember Winston Churchill’s profound remarks. Recognise that suicide ideation is not a permanent condition for most individuals. However, it is possible to overcome it with the right help. Put your faith in someone you care about or who you can trust. It will assist you in feeling better. Bring a pet home with you, and volunteer at an orphanage or a nursing home. Take up a soul-nourishing activity. Get in touch with your spiritual side. It has the potential to change your life.

Help to Save a Life

Keep an eye out if you suspect someone is suicidal. But, don’t abandon the individual. Instead, empathise with their anguish and refrain from saying things like, ‘You’re overthinking,’ ‘It’s only a phase,’ or ‘You’re being inconsiderate.’ “We will find a way out,’ declare the supporters. Please encourage them to consult with a therapist.

Psychologists say suicide is a difficult decision to make. It’s a scream for assistance, an indication of uncontrollable sadness. It is a misconception that nothing can persuade someone to die. Recognise the warning indicators and show compassion and care to the person.