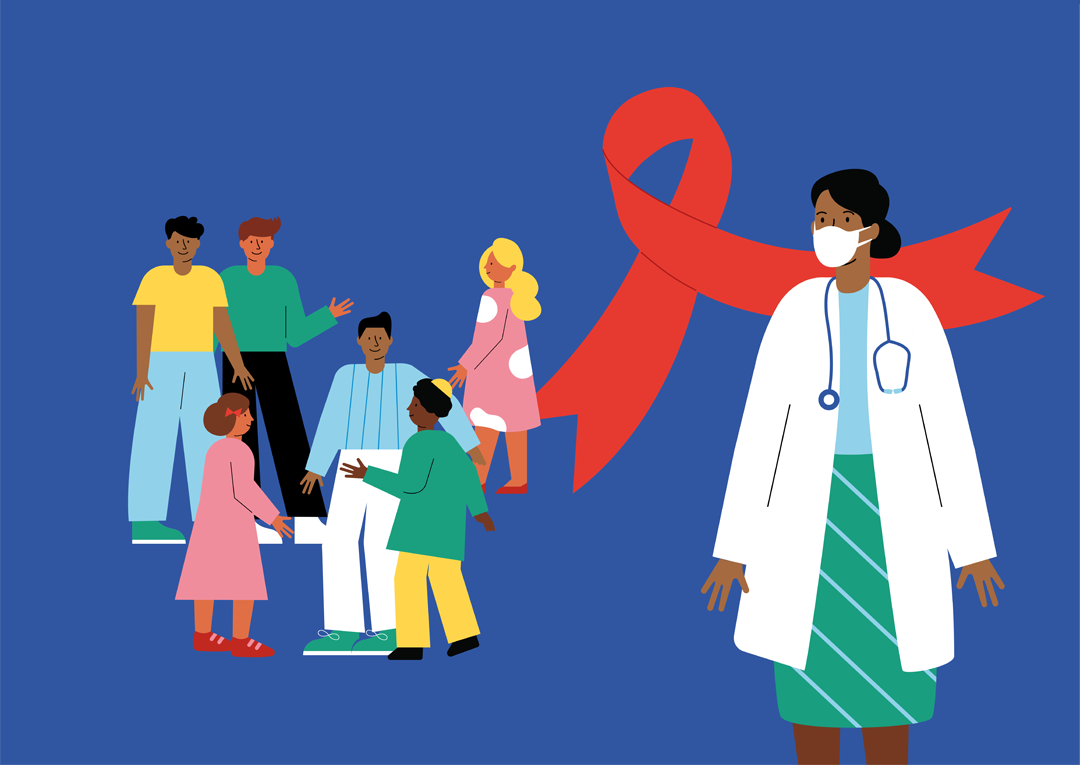 I still believe that people have a negative impression about HIV and Aids; therefore, I felt that by sharing information, people would understand the disease better. Therefore, my purpose in presenting those issues is not to hurt or depress anyone; instead, I want to raise awareness so that people are aware of the facts about HIV and Aids.

Acquired immunodeficiency syndrome (AIDS) is a term that applies to the most advanced stages of HIV infection. It is defined by the occurrence of any of the more than 20 life-threatening cancers or “opportunistic infections” so named because they take advantage of a weakened immune system.

Beginning in the mid-1980s, Bangladesh began a proactive approach to the HIV epidemic. Many misunderstandings existed among Bangladeshi citizens at the time. This ailment could be a result of a curse, for example. At the time, those with HIV/AIDS were confined to a single room. Socially, they were also ignored. However, people gradually became aware of the facts and treated these individuals as usual. On the other hand, Aids-affected people now have the opportunity to work in various settings.

The CD4 count is a test that measures how many CD4 cells you have in your blood. These are a type of white blood cells, called T-cells,  that move throughout your body to find and destroy bacteria, viruses, and other invading germs.

CD4 test results help your doctor know how much damage has been done to your immune system and what’s likely to happen next if antiretroviral treatment (ART) is not initiated. All persons with HIV should be started on ART regardless of whether the CD4 count is high or low. The CD4 count should increase in response to effective ART.

Keeping your CD4 count up with an effective ART can hold off symptoms and complications of HIV and help you live longer. Studies have found that patients who adhere to regular treatments can achieve a life span similar to persons who have not been infected with HIV.

Persons with very low CD4 counts may need to take drugs to prevent specific opportunistic infections (OIs) in addition to taking their ART. However, once the CD4 count increases in response to ART, it may be possible to stop taking these OI medications.

Some people experience flu-like symptoms within 2 to 4 weeks (called acute HIV infection). These symptoms may last a few days or several weeks. Among the possible symptoms are

However, some people may not feel sick during an acute HIV infection. Therefore, these symptoms do not necessarily indicate that you have HIV. In addition, other diseases can also cause these symptoms.

HIV-positive patients usually go through three stages when they do not receive therapy. HIV medication, on the other hand, can slow or stop the disease from progressing. Progress to Stage 3 is less prevalent today than in the early days of HIV because of advances in treatment.

Some folks are experiencing flu-like symptoms. This is the body’s natural defense mechanism against infection.

Some people, however, may not become ill straight away or at all.

If you experience flu-like symptoms and suspect you’ve been exposed to HIV, consult a doctor and ask for a test to rule out an acute infection.

The acute disease can only be diagnosed by antigen/antibody testing or nucleic acid tests (NATs).

Asymptomatic HIV infection, also known as clinical latency, is another term for this stage.

HIV is still active but at deficient levels of reproduction.

During this period, people may not experience any symptoms or become ill.

This period may last a decade or longer if no HIV medication is taken, but it may be shorter for some.

During this phase, people can spread HIV:

The HIV in the blood (called viral load) increases at the end of this phase, while the CD4 cell count decreases. Therefore, as the virus levels rise and the person enters Stage 3, the person may experience symptoms. However, people who take their HIV medication as directed may never reach Stage 3.

This is the most dangerous stage of HIV infection. People with AIDS have severely weakened immune systems, and as a result, they are susceptible to a growing range of severe conditions known as opportunistic infections. When a person’s CD4 cell count falls below 200 cells/mm or contracts certain opportunistic diseases, they are diagnosed with AIDS.

AIDS patients can have a high viral load and be highly contagious. People with AIDS have a three-year survival rate if they do not receive therapy.

HIV transferred from person to person:

HIV not transmitted by:

The U.S. Department of Health and Human Services (HHS) generally recommends a starting regimen of three HIV medications from at least two of these drug classes.

This combination helps prevent HIV from forming a resistance to medications. (Resistance means the drug no longer works to treat the virus.)

Many of the antiretroviral medications are combined with others so that a person with HIV typically takes only one or two pills a day.

A healthcare provider will help a person with HIV choose a regimen based on their overall health and personal circumstances.

These medications must be taken every day, precisely as prescribed. If they’re not handled appropriately, viral resistance can develop, and a new regimen may be needed.

Blood testing will help determine if the regimen keeps the viral load down and the CD4 count up. If an antiretroviral therapy regimen isn’t working, the person’s healthcare provider will switch them to a different regimen that’s more effective.

We have to cope with that rather than getting afraid of any diseases. So everyone who has symptoms might get a test for HIV to know their status.