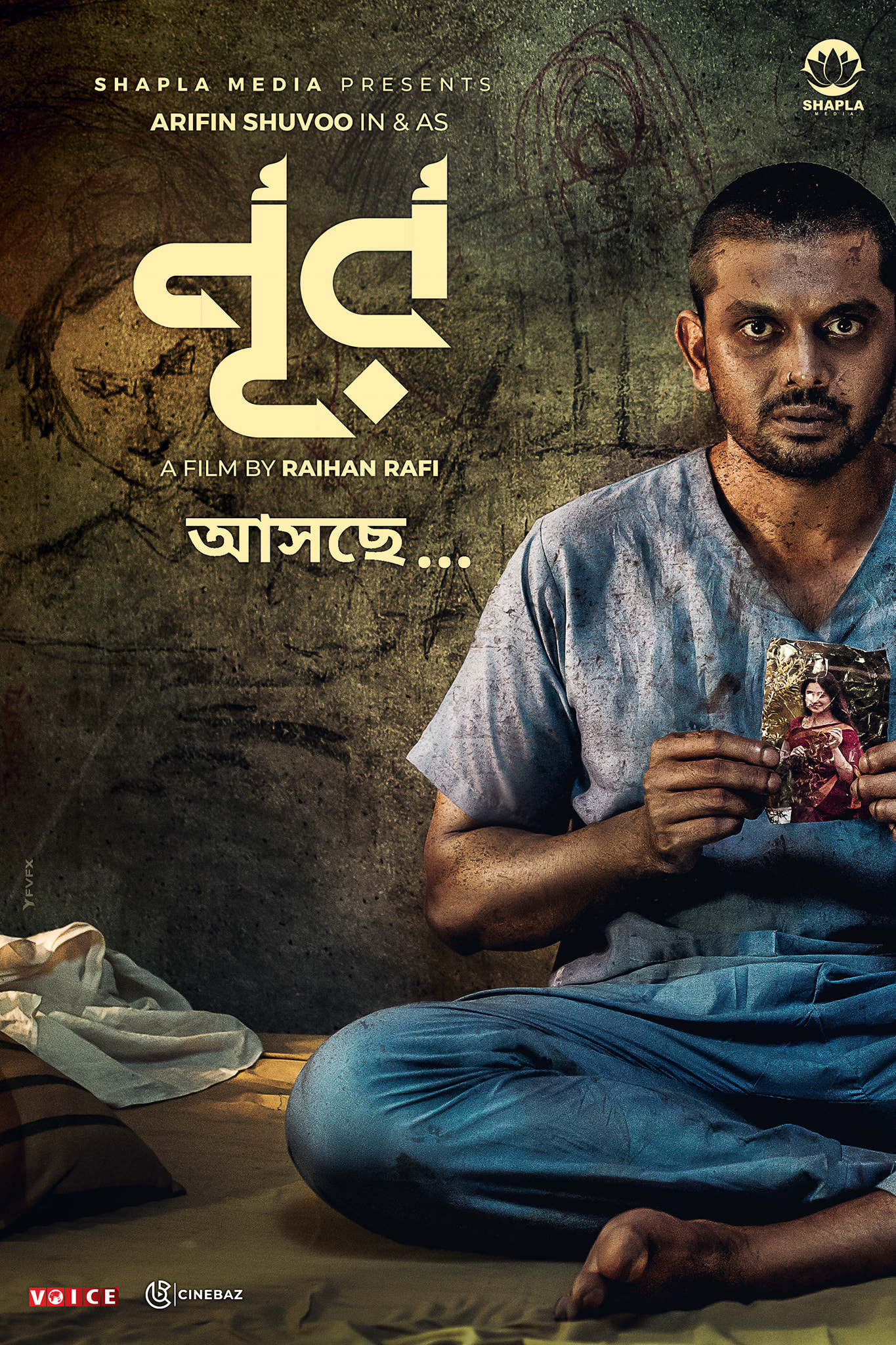 Arifin Shuvoo, a well-known actor, has stunned his fans with his new look for his next film, “Noor.” On January 12, 2022, the first look at his character in the Raihan Rafi directed film was released online.

With cut hair and ragged clothes, the charming actor is seen clutching a girl’s portrait (played by Jannatul Ferdous Oishee) in his hands. Arifin Shuvoo, who is rumoured to play the leading corrector, is depicted with a pale and scarred face that screams misery, shock, and wrath.

“With every character, I discover a new me,” says the star of “Dhaka Attack.” “To enter inside this guy’s mind, I had to put in a lot of effort and sacrifice. I’m not sure if anyone else would have made such a sacrifice.”Arifin Shuvoo intends to surprise his followers with “Noor.” “I hadn’t seen anyone since

November of last year until today when this look was revealed. This sacrifice was made possible through my enthusiasm and commitment to performing. When ‘Noor’ hits theatres, I promise there will be more surprises like this.”

Arifin Shuvoo returned to the silver screen after a long absence with “Mission Extreme,” one of the most anticipated films of 2021. The movie is still doing well in theatres both at home and overseas