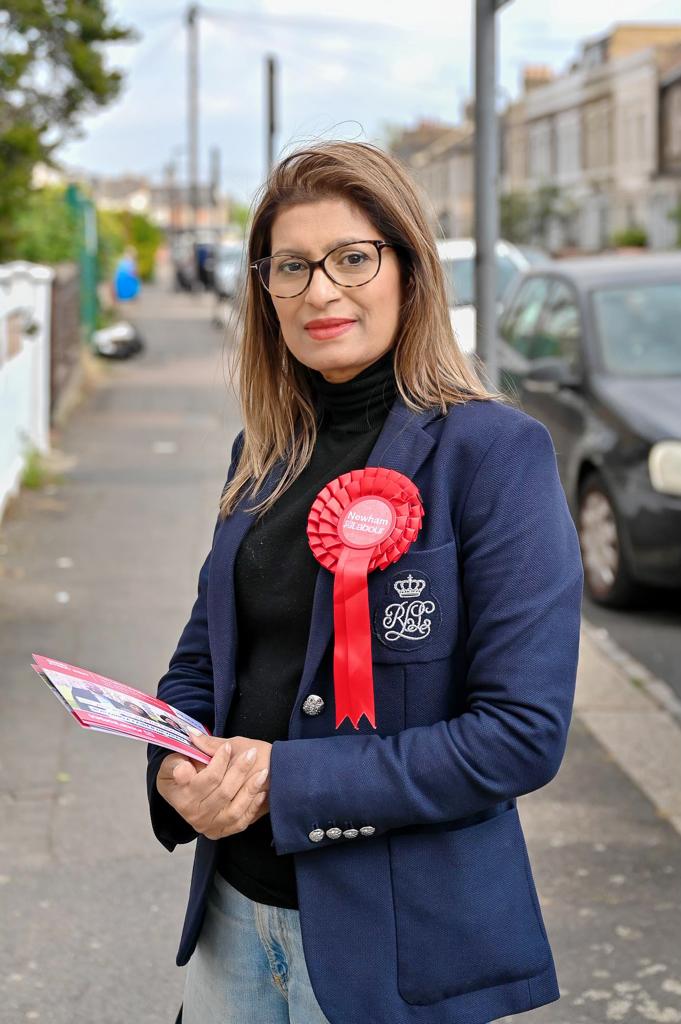 Mumtaz Khan is an entrepreneur in the field of health and social care, in addition to being a politician. In 1986, she relocated to Britain with the rest of her family. Her father’s name is Haji Abdul Qayyum, and the name of her husband, the Chief Executive Officer of ATN Bangla UK, is Hafiz Alam Box. In 2018, she was successful in her bid to become a councillor representing the Labor Party in the Green Street West Ward of Newham Council. She was elected to Deputy Chair of the Newham Council due to her work ethic and social and organisational talents. During her interview with the Cinebuzz Times, she discussed her work and other London-related topics.

Cinebuzz Times: If you talk about your health social care profession?
Mumtaz Khan: Ever since I was a small child, I’ve had a burning desire to make a difference by combating inequity and bringing about change. Participate in activities that benefit the community and set the bar high for yourself from an early age. I am a humble person. In addition to participating in activities like swimming and other hobbies, I have had a few privileges, and my father has been my source of strength and my rock. He has always pushed me to give whatever I did one hundred percent of my effort.

Cinebuzz Times: Were your parents proud of your work?
Mumtaz Khan: When I was ten years old, I won the best young talent in reciting the Quran competition that the Commonwealth Institute held. This accomplishment made both of my parents very proud. At the age of ten, I was honoured to receive an invitation to attend the Queen’s Tea Party among my classmates from a bilingual school. My mother and father have a constant sense of pride in me.

Cinebuzz Times: Growing up in Tower Hamlet must have been fun..
Mumtaz Khan: I had a lot of advantages, but I also had to deal with a lot of hardships. Being a female Bangladeshi child growing up in the heart of Tower Hamlets wasn’t always easy for my parents or me. Racism and the fear of being chased by thugs on Goldstone Street, E1, were constant battles for the neighbourhood’s residents.

Cinebuzz Times: Why?
Mumtaz Khan: At an early age, I realised that I was different from the other students in my class and refused to accept the injustice I saw. I’m not simply talking about people from other communities.

Cinebuzz Times: When did you join the social worker’s team?
Mumtaz Khan: My first involvement with the Jagonari women’s centre in 1985/86 marked the beginning of my journey to assist young women in our community who had difficulty accessing services.
Almost immediately after that, I co-founded the Asian counselling initiative in Tower Hamlets. Women who were being abused at home and being let down by other services were desperate for this service.

Cinebuzz Times: You had the support of your parents?
Mumtaz Khan: After earning my certification as a nursery nurse, my parents had hoped that I would pursue a career in education. Instead, I defied their decision and accepted the role of Weaver’s first women’s development officer. Working with women on the bordering estate in Shoreditch Tower hamlets has formed a new job role.

Cinebuzz Times: How did you get the opportunity to work at Tower Hamlet?
Mumtaz Khan: When the GLC-funded project ended, I had to find a new job. Working directly for the London Borough of Tower Hamlets council as a youth offender social worker was an excellent opportunity for me. There didn’t seem to be many Bangladeshi lawyers in the system when I was there. However, I noticed an improvement in Bangladesh’s relatively new criminal justice system. Young black males were more likely to wind up in prison than their white counterparts because of their mental health issues.

Cinebuzz Times: How did you get involved in childcare law?
Mumtaz Khan: My career as a social worker began in 1994 when I earned my bachelor’s degree in social work and worked in youth offending and child protection. I’ve worked for several of London’s municipal governments. I’ve been a part of many groups, including the steering committee for the Forced Marriage Initiative. Also, I was a member of the Children’s Act 1989 consultation group, which was tasked with making changes to the law to reflect better that children of colour and Asian immigrants are often best cared for in their own homes and communities.

Cinebuzz Times: Tell us about your political career?
Mumtaz Khan: In 2018, I was elected as a Newham councillor, serving the London borough. 2021: At Newham Council, I am committed to improving women’s lives and ensuring that our girls don’t face the same hardships I did.
My current involvement in the non-profit organisation, The British Bangladeshi Chambers of Women Entrepreneurs, has had me as Vice-Chair since 2013. President of the British Bangladeshi Women’s Forum from 2013 to the present. Fabian Fabian Women’s Network – Secretariat 2019-2021 Vice-Chairman of the Newham Fabian Society

Conclusion:
It fills me with immense pride to proclaim that ladies of Bengali descent are shining brightly in every region of the world. The Cinebuzz Times Magazine extends its congratulations to them and hopes that they continue to shine brightly for the benefit of the people of Bangladesh and the Bengali community all over the world.
We would like to express our gratitude to the deputy speaker, Cllr. Mumtaz Khan, for taking the time to speak with us and enabling us to share even a minute fraction of your success with our audience.