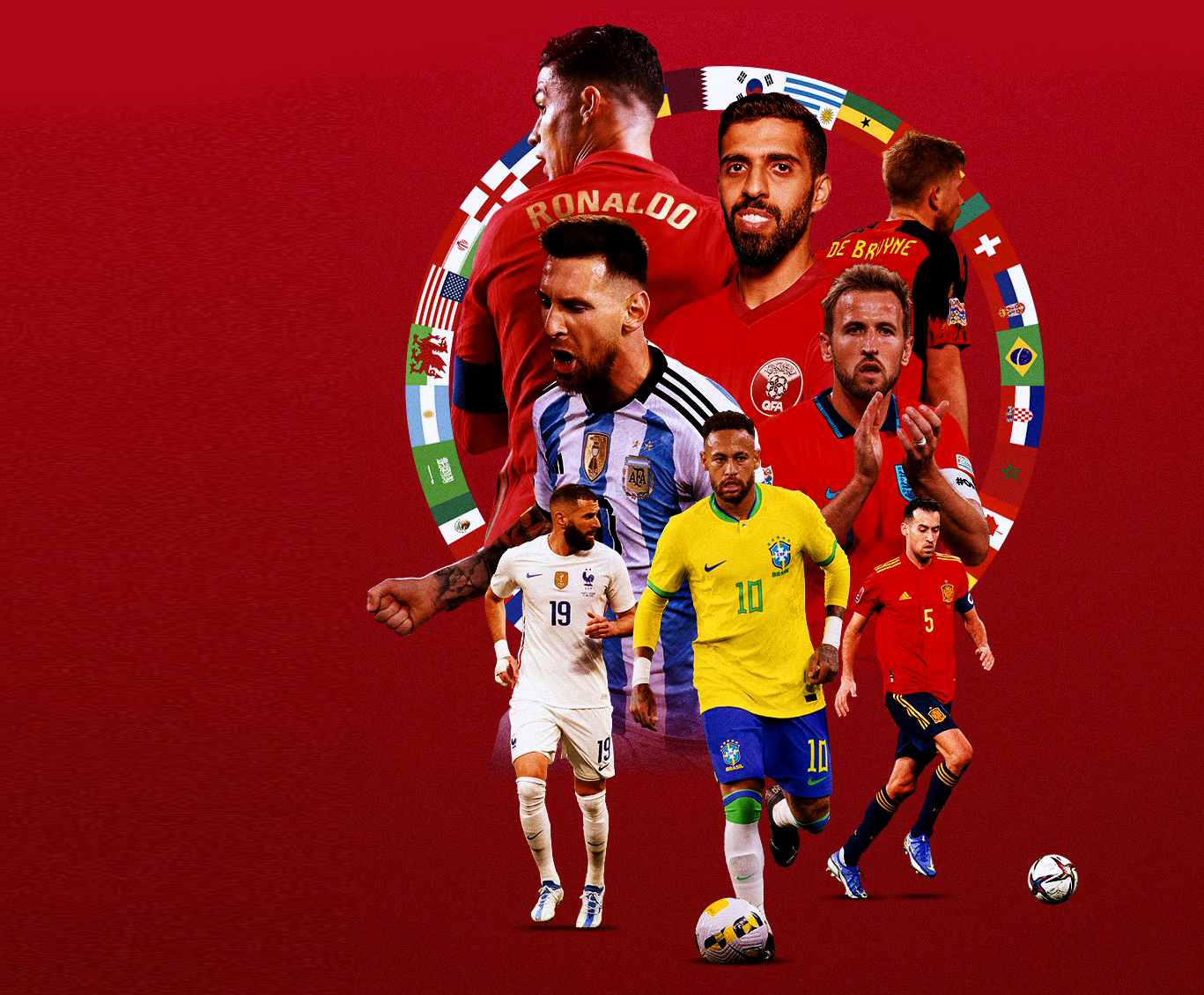 The Qatar World Cup Football Tournament 2022, the “Game of the World” and the most popular sport in the world, has begun. How can this small city of fewer than three million people hold the world? That was the primary concern of everyone. It offered the globe the most spectacular World Cup football opening ceremony in history by demonstrating the expertise of technology. Qatar is dressed out in World Cup football colours as the host nation.

Despite being rated 50th in the FIFA rankings, Qatar is hosting the 2018 World Cup. Football fans have begun to observe the world’s greatest players in this championship match. This time, a Middle Eastern nation with a predominantly Muslim population has prepared this platform for world football. Participating international football teams have entered the most prestigious World Cup football tournament in the history of sports. Therefore, the football storm has spread beyond the realm of football enthusiasts and into the heart of Bangladesh.

The city’s rooftops, stores, and vehicles are adorned with the flags of other nations. Again, the child is forced to wear their favourite team’s jersey. Once more, banners, festoons, and images of famous celebrity athletes are painted on the walls.

This craze of cricket has come along the path of success. Although Bangladesh has never played in the Football World Cup, there is no guarantee when it will play or if it will play at all. Their cricket in Bangladesh is playing in all the global tournaments and playing equally. Bangladesh may become the world champion in cricket within the next decade. But success in sports is not the end.

Bangladesh was formerly the only country to be a fan of Brazil before Pele’s enchantment extended through the generations. Bangladesh and the rest of the world were enthralled by Maradona’s mesmerising performance in 1986. Since then, groups in Bangladesh have been developing that support Argentina. I am a Brazil fan, although I understand that there are more Argentina fans in Bangladesh. However, the number of fans in Bangladesh is insufficient to win the World Cup; hence Argentina has not been crowned champion since 1986.

Like Abahani-Mohamedan, the people of Bangladesh are also blind to the Brazil-Argentina question. Maradona and Messi are not players in the eyes of Brazil fans. Again, Argentina fans are unwilling to accept the superiority of Pele or Neymar. But neither is true. As Pele is one of the greatest of all time, so is Maradona. If they win the World Cup, Messi or Neymar can also be named in the list of the best of all time.

Messi and Neymar may be drinking coffee together, and the people of Bangladesh are bleeding on their behalf. This madness is truly unbelievable.

Newspapers are printing news about Brazil-Argentina every day. Some are painting the autorickshaw in the colour of their favourite team’s flag, and some are changing the colour of the entire house. The competition is about who can make the biggest flag. This competition limit is actually infinite.

A friend of mine is a politician and businessman by trade. And has been a loyal Brazilian supporter since childhood. Always organise a party to watch the game with colleagues and friends. This time, he also purchased a projector so that he could watch the match with his colleagues and friends on a large screen. In addition, he will withdraw from politics and business for the entire month.

Not only this friend of mine but millions of people in Bangladesh will also be addicted to football for the next month. People will watch the game in various arrangements. As a result, the sales of TV in Bangladesh have increased. I like this fuss about football. If there is no competition, watching the game is not fun. Just a request that the game not exist as a game.

Last night in the desert of Qatar, the curtain of the World Cup was raised; it has become the most talked about and controversial World Cup even before the football field. Qatar, which has never played the World Cup, got the opportunity to host the World Cup because of money. And the power of this money was not always legitimate. Therefore, there has been a storm of criticism about the World Cup in Qatar since the beginning.

There has been a lot of talk about the death of the World Cup construction workers and human rights violations. Many have boycotted the World Cup in Qatar for this reason. There is also a lot of criticism about the ban on beer or alcohol in the stadium at the last minute ban on homosexuality. There have even been allegations that Kuwait bribed the Ecuadorian players to win the first match.

But as a football fan, these debates are not; I look forward to football—the beauty of football blooms in the heart of the desert. Brazil-Argentina is a perennial favourite. There are also names of France, Spain, and England. Portugal cannot be eliminated because of one Ronaldo. Many people are upset because Italy is not there. Karim Benzema’s last-minute dropout of this year’s Ballon d’Or was a surprise. This World Cup is the last World Cup for Messi, Ronaldo and Neymar. To whom will destiny hand the crown of excellence? That will have to wait till December 18