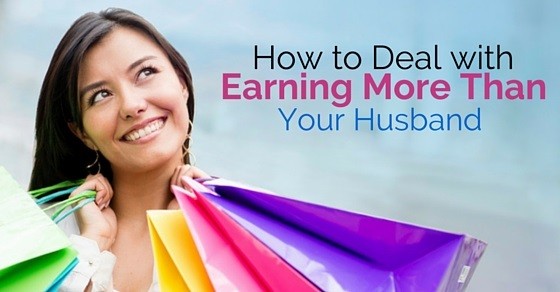 “We had a love marriage, and I always earned more than him before marriage. But, unfortunately, the man who loved me most started feeling insecure just after marriage. Because he makes less than me, he also faces criticism from his family and society for this reason.

While my in-laws are pretty comfortable with me earning twice his annual package, my husband is uncomfortable with it. It seems that he cannot take pride in my career growth and still believe that a man is not man enough if his wife earns more than him. As a result, he started to suffer from an inferiority complex.”- said Rina while talking about the inferiority complex of her husband.

The inferiority complex is a mental disturbance caused by a deep-seated belief in one’s lack of merit and incompetence in any given endeavour. In a marriage, inferiority emerges when a partner believes they cannot measure up to their spouse due to poor self-esteem or that they are better than their spouse because of selfish behaviour. While still a small proportion, the proportion of women who earn more than their husband’s increases. When women earn more, both husbands and wives appear uneasy — to the point of lying about it.

The most successful marriages are most likely based on cooperation. Individual contributions, however, appear to matter — specifically, who earns how much of the household income. Men prefer to be the primary breadwinners in heterosexual partnerships because they are happiest when both partners contribute financially. In addition, men appear to be more relaxed when their wives or partners contribute up to 40% of the home income, despite their stress levels being high when they are sole breadwinners.

However, once their wives’ salaries rise above that threshold, their distress levels rise substantially. And it’s especially difficult for them when they’re completely reliant on their partners financially.

Why do Husbands feel inferior?

Numerous indicators are connected with an inferiority complex in marriage while wives earn more than them. If those are not recognised and addressed early on, these can destroy marriage, regardless of how long one has been married or how many children the couple has.

While writing this article, I conducted a research where I interviewed some married couples if they think husbands feel inferiority complex while their wives earn more than them.

Only 12percent of males of that couple said that they do not feel insecure. As their wives earn more than them, they can contribute to household expenses. It helps them a lot.

A government employee named Siam(pseudonym) said that he feels threatened if his wife earns more than him. He also added that “I can’t take criticism. So, when my wife gets promoted, I won’t allow her to inform my relatives about her achievements.”

On the other hand, only 2 percent of wives said that their husbands do not care about their earnings.

Nibedita(pseudonym), an employee from a private company, said that she has to quit her bank job as her husband earns less from him. She said her in-laws & relatives taunted his husband as he earnt less. This created a lot of misunderstandings among them. Her husband thought that she acted bossy. So, she quit the job.

Mehjanin said, “Fortunately, I am married to a liberal and supportive person who encourages me to take my career to greater heights. HE NEVER COMPLAINS whether I work overtime or go for an out-of-station meeting. Whenever one of us returns home after a tiring day at the office, the other person takes the responsibility to cook the dinner.”

Koushiki (pseudonym) said, “I recently got promoted, and my revised salary is now higher than my husband. Now, I have to think twice before talking about money and expenditure. He is quite egoistic on this matter and assumes I am bragging about my new package. It seems he is competing with me, and we have had a few fights on this topic. I am thinking about going for couple’s counselling.”

Borna (pseudonym) said, “I got a new job this year with a 50 per cent hike, and my husband barely got any increment at his workplace. This situation has impacted our relationship negatively. He feels intimidated and often jokes that I might leave him now. I can sense he is insecure, and his ego is slightly bruised.”

How to deal with Inferiority complexes