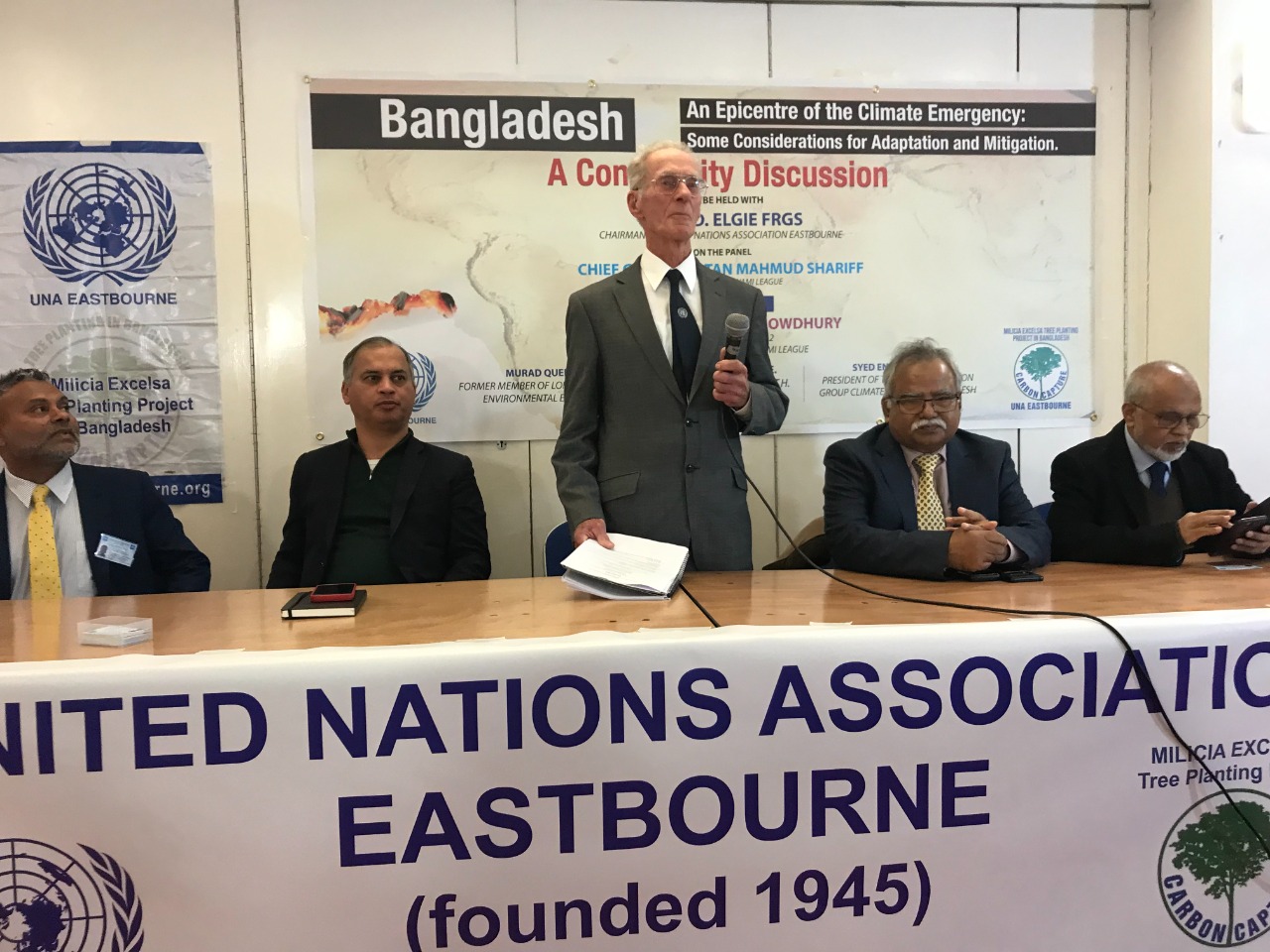 In the heart of London, the Bangladeshi community had an opportunity to learn about the return of a particular tree that international scientists have identified as the most exciting tree for carbon capture. Known to the commercial world as the famous tropical hardwood Iroko, but in Bangladesh as the ‘African teak,’ the last remaining specimen was cut down in 2022.

A presentation entitled: ‘Bangladesh: An Epicentre of the Climate Emergency – some considerations for Adaptation & Mitigation was held on 13 December at the Brady Centre, East London, organised by the United Nations Association (UNA) Eastbourne. Ian Elgie, FRGS, Chairman of the UNA-UK and Chair of the event, illustrated vividly the challenges facing Bangladesh from man-made global warming, emphasising the need for adaptation and mitigation measures and to follow the science with the coordination of scientists, engineers, politicians and the people). Ian Elgie pointed out the responsibility of the industrialised countries to assist Bangladesh, as they were historically the major polluters. The UNA-Eastbourne’s donation of 110,000 high-quality Milicia excelsa seeds to be distributed in Bangladesh was their small contribution to mitigating the climate emergency in the country. It was, however, also explained that even though scientists point to the special status of M. excela to capture carbon from the atmosphere, the science

This significant and timely event was organised by the UNA-EB Vice-Chairman, Mozmil Hussain, who expressed his hope that the UNA-EB, together with the Bangladeshi community, can ensure continued support for the M. excelsa programme for the benefit of all in Bangladesh.