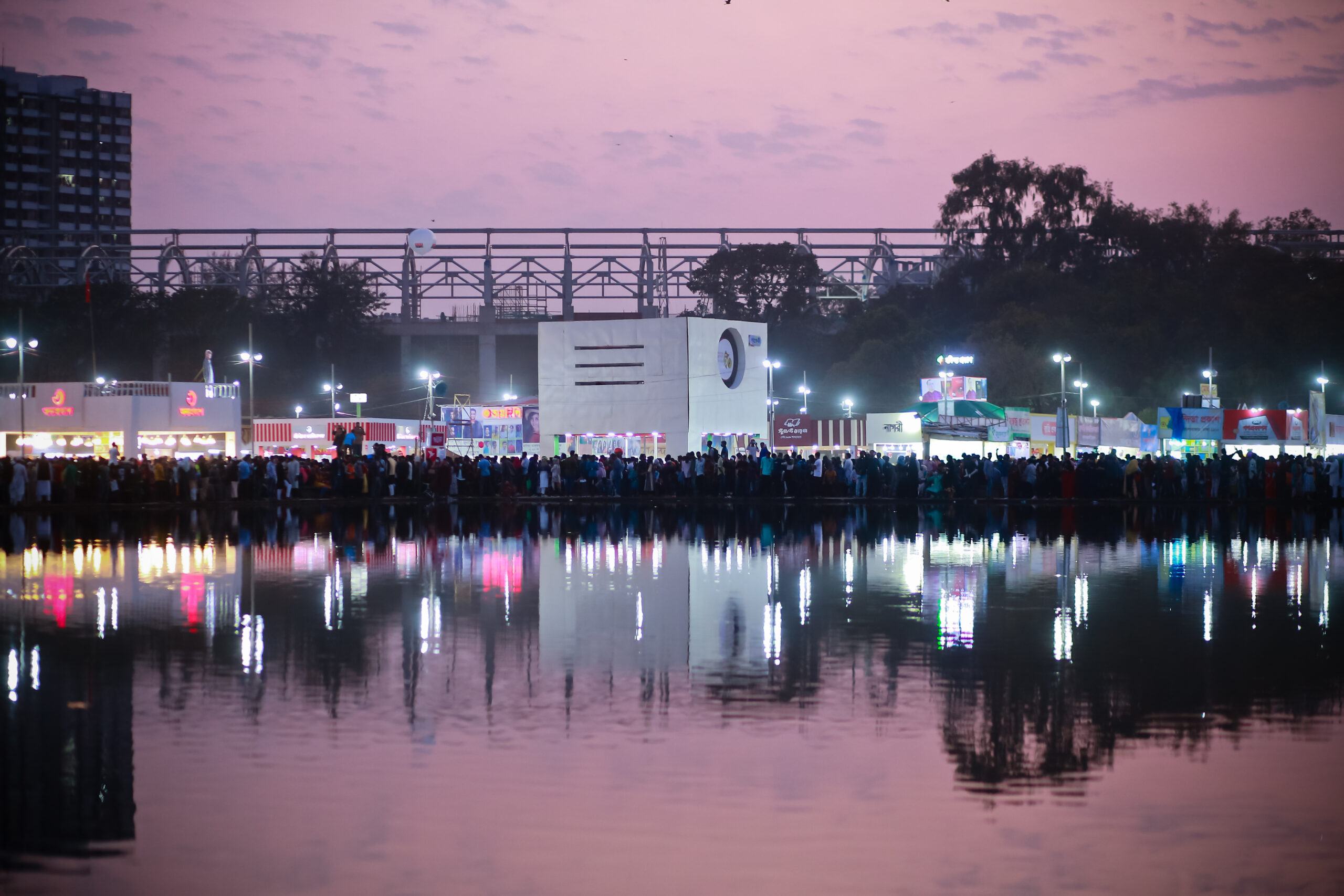 Amar Ekushey Boi Mela : Prime Minister Sheikh Hasina inaugurated the Amar Ekushey Book Fair 2022 on February 15. As the covid situation is running, the prime minister presided over the country’s largest book fair, virtually attending the opening ceremony at the Bangla Academy from her official house, Gono Bhaban, in the afternoon. Book Fair is held at Bangla Academy grounds adjacent to Suhrawardy Udyan in Dhaka. During the launching event, the prime minister was awarded the Bangla Academy Sahitya Puroshkar-2021 during the launching event (Bangla Academy Literary Award 2021).

The traditional Amar Ekushey Book Fair began informally on Bangla Academy grounds in 1972; however, the academy officially took over the responsibility of organising the fair every year, starting in 1978.

It was renamed ‘Amar Ekushey Grantha Mela’ at the time, and a policy was established in 1984.

The book fair starts for the public from 2 p.m. to 9 p.m. every working day, but visitors will not be allowed to enter until 8:30 p.m. The fair remains open for the visitors from 11am on the weekends (Fridays and Saturdays) and government holidays and from 8am on February 21 and continues till 9pm.

In the Bangla Academy premises, there are 142 stalls, and Suhrawardy Udyan has 634 stalls. More than 300 CCTV cameras will closely monitor the entire fair zone.

According to analysts and readers, the Bangladesh national book fair, held every year in February to honour the demonstrators killed in the mid-twentieth-century Bengali language movement, promotes a spirit and desire to uphold the country’s language and culture particularly among book lovers.

“Every year, this book fair reminds us of our golden history of struggle to protect our mother tongue and our own culture,” noted novelist Selina Hossain told Cinebuzz times Magazine.

According to Hossain, who is also the president of Bangla Academy, an autonomous state-funded institution promoting Bengali language and literature, the Ekushey Book Fair fosters a sense of patriotism and love for the Bangla language and culture throughout the country, particularly among young people. He also added that “We learned from this event that our literature, culture, and language should be remembered with great dignity and upheld in front of the entire world,”

Book lovers from all over the country came to browse the wide selection of publications, while others searched for a specific title. Especially on 21st February, on International mother language day, there was a massive rush of people. People from all over Bangladesh came to visit the book fair.

“Because the fair will only be here for two weeks & I have a regular office on weekdays, so I came to visit on 21st February to buy my favourite book on Islamic history and culture,” said Md mokbul, who came from Narayanganj.

He said that he was most interested in books about Muslim history and culture, particularly the Prophet Muhammad and the first four caliphs. “I’m also going to buy books on Ottoman history, which is very inspiring for Asian Muslims.”

Another group of students from East-West University attended the fair were looking for sources on the Middle East crisis and the rise and fall of the Muslim world and the Ottoman dynasty. As they are sociology students, they have many interests in these topics.

“I used to read more novels. But now I enjoy studying history, particularly the history of our ancestors. I believe that because my time and abilities as a human being are limited, I should not miss learning about our glorious past, “one of the group’s members Mohana said.

Some young writers are also becoming popular. For example, Tasmia, a student from North South University, came to collect the book of a young writer named “Owakila Tabassum Mumu”. Tasmia said- ‘I write the way Owakila apu writes. She is a very talented writer. Last year, I bought her book, “Jhaji Shawla”, which touched my soul. So, this year I came to collect “Go te Gali, Fo te Feminist” published from “Chaitono Prokashon”.

Another young writer named “Mahmudun Nabi Roi” also became very popular. This year he published a book called “Ekta Golpo Shunben?”. Then, a government employee said, “I love to read his books. In his book, he describes self-realisation, which is much needed in our regular life. “

Mahathir Mahmud Antik, a cartoonist, YouTuber & author, became very popular among teenagers. Md. This, a student from Brac University, said, “Today is 21st February & I heard that he comes to meet his fans on holidays. I came to meet him & to collect his books. I found him at “Tamrulipi Prokashon”. I bought two of his books name,

Hossain, an official of Bangla academy, said that the establishment has already applied to the Bangla Academy’s officials to extend the fair till March 17. He also added that “If the epidemic does not worsen, we requested that the book fair be extended so that people can buy books at their leisure and we can get more economic benefits,”

Speaking at the fair’s opening session, Prime Minister Sheikh Hasina urged people to create similar book fairs in other, more rural parts of the nation to introduce young people and teenagers to the Bengali language, literature, and culture. Such gatherings in remote places, she said, would serve to nurture talented poets, artists, scholars, and cultural activists at the grassroots level.

Bengali is the fifth most widely spoken language globally, with almost 240 million people speaking it as their first tongue.